A Peek into the Ideology of SCOTUS Nominee Amy Coney Barrett 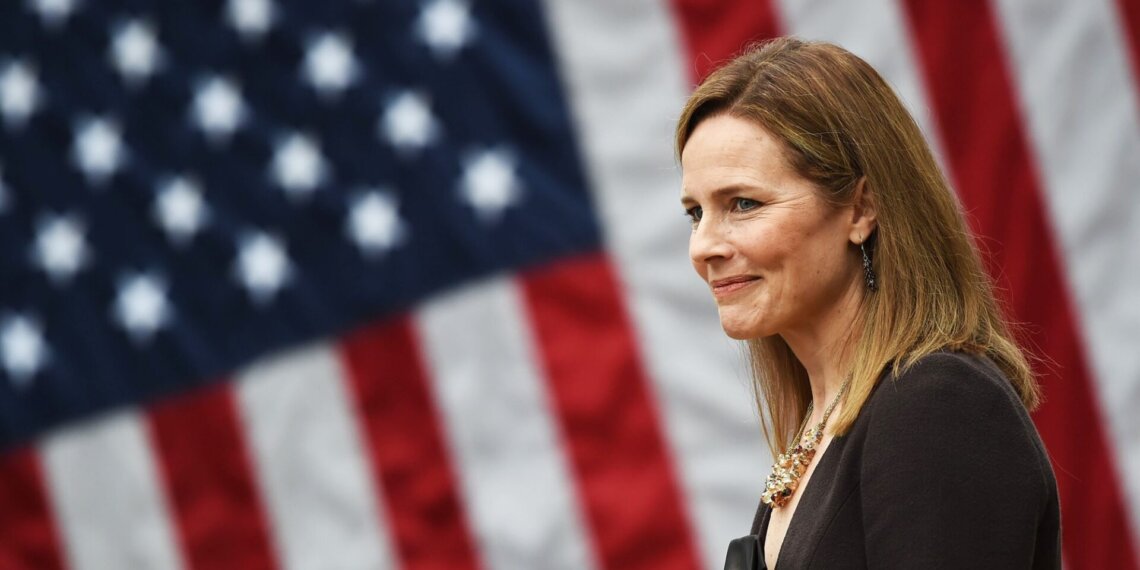 There may be some rumblings around the nomination of Amy Coney Barrett to the Supreme Court involving her associational choices. The real controversy, though, is the ideological shift Barrett’s nomination portends. Here are the areas of law most likely to be impacted, if not upended, if Barrett is seated on the Court before the election, as Republicans promise she will be.

In Whole Woman’s Health v. Hellerstedt , the Supreme Court held, 5-4, that a state could not impose burdensome restrictions on abortion clinics that yielded no discernable benefits as to medical outcomes. The Court implicitly recognized that such restrictions (surgical-facility requirements and hospital-admitting-privilege requirements chief among them) were intended to close clinics, not to protect women. Hellerstedt was decided in 2016, when both Justice Anthony Kennedy and Justice Ruth Bader Ginsburg were still on the Court. Both voted to invalidate the abortion restrictions.

This year, with Justice Brett Kavanaugh sitting in Justice Kennedy’s place, the Court considered another case, June Medical Services v. Russo, on facts identical to Hellerstedt. Even though Kavanaugh voted to uphold the state laws at issue in Russo, the vote was again 5-4 to invalidate the laws because Chief Justice John Roberts, who voted to uphold the state-imposed restrictions at issue in Hellerstedt, switched sides. As an institutionalist, Roberts could not abide the specter of the Court overruling itself in the span of only four years based on nothing more than the appointment of a new justice.

But in his concurring opinion in Russo, Roberts rejected the legal framework the Court had fashioned in Hellerstedt: a balancing of the burden against the benefit engendered by a law or policy—a balancing test that made it easier for women challenging an abortion restriction to establish that it imposed an undue burden on a fundamental privacy right. So after Russo, the right to terminate a pregnancy was hanging on by a 5-4 margin and moving toward a paradigm under which it would be harder to challenge abortion restrictions. With Barrett replacing Ginsburg, that paradigm shift will accelerate, and a woman’s right to terminate a pregnancy will likely exist, if at all, only as a matter of state law in more progressive states.

Public programs that use ethnic heritage as a factor in hiring or college admissions will likely be struck down as violations of the Equal Protection Clause under the rigid scrutiny the Supreme Court applies to ethnicity-based state-run programs. Affirmative action was hanging on by a 5-4 margin with Kennedy still on the Court and voting to uphold affirmative-action programs. Such programs were likely doomed with the switch to Kavanaugh. With yet another of the five now being replaced by a more conservative justice, look for a test case to emerge soon, and look for a swift end to public affirmative-action programs.

On November 10, the Supreme Court hears oral argument on the continuing validity of the ACA. In 2012, the Court upheld the ACA and its individual mandate provision as valid under Congress’s power to tax. Since the enforcement mechanism meant to encourage people to buy healthcare was a penalty to be paid to the Internal Revenue Service, the Court said, the law was a valid revenue-raising measure. In 2017, the then-Republican Congress zeroed out the tax penalty, and Republicans now claim that, because the ACA is no longer a revenue-raising measure, it is no longer valid. Chief Justice Roberts (again, an institutionalist) was likely to join the Court’s four liberals to form a five-vote majority upholding the ACA. Now, however, there are only three liberals to join with, and the ACA, including its prohibitions against insurance-company abuses, is likely to perish.

After the Court ruled 6-3 that anti-LGBTQ discrimination is gender discrimination under Title VII of the federal code, Court watchers wondered whether similar reasoning might find its way into equal-protection cases, rendering LGBTQ persons essentially a suspect classification. Wonder no more. That was a longshot with Ginsburg still on the Court (Chief Justice Roberts and Justice Neil Gorsuch, who were among the six, could easily have distinguished between statutory and constitutional interpretation). With Barrett on the Court, this possibility has likely vanished.

President Trump will have three justices on the Court whom he appointed when any legal challenges he intends to bring in election and voting cases reach the Court after the November election. Will Bush v. Gore look like child’s play when the dust settles?

The Role of the Chief Justice

Okay, so this is not really an “area of law.” But it is important legally, and it is going to change. Chief Justice Roberts was able to form alliances with the Court’s liberals when he found it necessary to preserve the Court’s reputation and integrity. With only three liberals left, he can no longer do that. He was also able to hold enormous sway with the Court’s conservatives, who needed his vote to reach a five-vote majority in contentious cases. The Court’s conservatives won’t need his vote anymore, so Roberts will not be able to dictate the terms and scope of conservative-majority opinions with Barrett on the Court. The role of the Chief Justice will be markedly diminished.