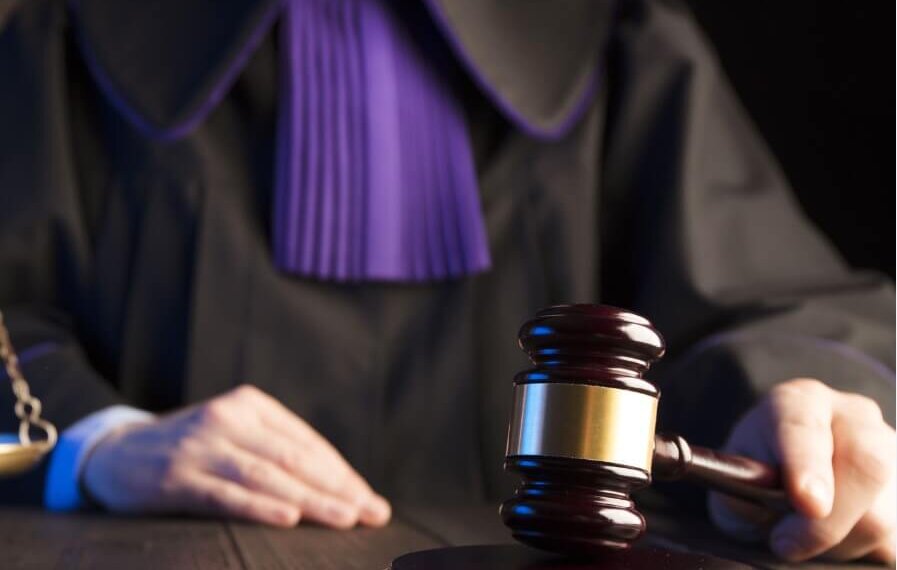 The case of Daves v. Dallas County in the United State Court of Appeals for the Fifth Circuit took an unexpected turn on January 7 when the court essentially pulled the rug out from under the plaintiffs’ attorneys arguments on behalf of bail reform. In doing so, it reversed a primary ruling in the key case of ODonnell v. Harris County, which, in an earlier appeal, held that county court judges could be sued when they either adopted a bail schedule or set bail. The county eventually settled and the trial court entered a consent decree as a result of the ruling.

Over the past few years, bail litigation has been launched by activist attorneys throughout Texas. It began in Houston when 16 misdemeanor court judges were sued under 42 USC §1983, with the assertion that the use of a bail schedule in Harris County violated procedural due process. Judge Lee Rosenthal of the U.S. District Court in Houston agreed with the claim and issued a preliminary injunction which held, in part, that county court judges are not state actors when they adopt a bail schedule or when they set bail; but instead, are county policy makers. Under the statute, state actors are specifically exempt from 1983 suits. Based on this ruling, the plaintiffs’ attorneys initiated additional litigation across Texas, in an effort to use it as a weapon against the state’s counties.

In Dallas, a federal suit entitled Daves v. Dallas County was initiated against the county, along with county court and district court judges, as a means of expanding the ODonnell holding to felony judges. Similarly, a suit was filed in Houston in the case of Russell v. Harris County, seeking to accomplish the same thing. In Galveston, still another suit, entitled Booth v. Galveston County, sought to go even further by arguing that the constitution required the county to provide attorney representation for defendants at bail hearings. The ACLU also got into the act by sending letters throughout Texas, demanding that counties adopt their guidelines for setting bail – or face the consequences of costly litigation.

Shortly thereafter, a motion for rehearing en banc was granted to argue the case in front of 16 judges from the Fifth Circuit. Thus the scene was set, with the stakes sky-high. A decision allowing district court judges to be sued in these types of cases would confirm the reality of the threats to counties by the ACLU. Likewise, a decision to reconsider and change the previous decision in ODonnell would have a profound impact on this litigation and potentially set up a basis for jurisdiction before the U.S. Supreme Court.

On January 7, the Fifth Circuit issued its en banc opinion. Nine of the judges supported the majority opinion, while a concurring opinion agreeing with remand was supported by three. Four judges dissented. The majority opinion addressed three important concepts. First was the status of the judges. The court noted that Judge Rosenthal had relied heavily on the removal process for county court judges to support her conclusion that they should be considered county policy makers. The en banc opinion concluded that her analysis on this issue did not go far enough and that she did not conduct a sufficient analysis of Texas law. After citing various state statutes, the court concluded that in adopting a bail schedule or setting bail, a judge is acting on behalf of the state. Therefore, both county court and district court judges are state actors and not county actors or policy makers when they are setting bail or adopting a bail schedule. The en banc opinion specifically reversed the previous opinion issued by Rosenthal in ODonnell and which had been affirmed by a three-judge panel of the Fifth Circuit regarding county court judges.

The second issue addressed whether the plaintiffs had standing to sue. As to district court and county court judges, the opinion held that there was no standing, concluding that the plaintiffs’ theory of causation was too speculative. The court stated that “[j]usticiability, if it exists, must be based on claims against another defendant.” This seems to indicate that the Fifth Circuit is suggesting that this may be an issue that cannot be addressed in federal court. The appeals court states that it cannot be raised against the county or district court judges. It also states specifically that since there is no standing to sue the judges, neither is there standing against Dallas County. The Fifth Circuit also noted that any relief against a defendant judge under a Section 1983 claim was further restricted as a result of a 1996 amendment to the statute that limited injunctive relief against judges. The court expressed no opinion as to whether there was standing to sue the county sheriff or magistrate judges, stating that it would reach a conclusion on that issue after the limited remand it had ordered was completed.

Finally, the court addressed abstention. This issue had been raised in every case since ODonnell without success. Generally, a federal court is obligated to hear and decide all issues upon which it has jurisdiction. An exception to this rule is the abstention doctrine, upon which the defendants in this case relied. In ODonnell, Rosenthal held that the issue was waived; and in the alternative, ruled that the criteria for the doctrine was not met and the federal court should not abstain.

The en banc opinion made several key rulings on the abstention issue. The Fifth Circuit held that the issue was not waived. Further, it granted a limited remand to the district court to make findings on the matter. The appeals court also instructed the trial court that the ODonnell analysis on abstention should not be considered for purposes of the limited remand. The court of appeals also stated that the trial court should consider the authority set out in the majority opinion on the issue. Thereafter, the trial court was instructed to make certain findings and send the case back to the Fifth Circuit. The findings were to address abstention and also give a report regarding the impact of Senate Bill 6, a bail reform bill that was recently passed by the Texas Legislature. After making these findings and delivering its report, the trial court was instructed to return the case to the Fifth Circuit en banc for final disposition.

The significance of the en banc opinion cannot be overstated. The very foundation of these types of lawsuits was constructed upon the ruling that began with Rosenthal’s holding in ODonnell that county court judges were acting on behalf of the county and not the state when they adopted a bail schedule or set bail. Therefore, it was argued that the misdemeanor judges and county were not exempt from suit under Section 1983 cases. The other cases filed sought to build off of this ruling and/or to extend the decision.

By reversing the ODonnell opinion on this issue, the basis for plaintiffs to sue county court judges, district court judges and the county itself, no longer exists. The en banc decision from the Fifth Circuit means that to the extent these issues can be litigated at all, they must be done so against different parties (although it is difficult to imagine what parties this would be). It severely undercuts any path forward for the plaintiffs using their current theories.

Further, if there is no jurisdiction over these parties, it would appear that the ruling could resolve the current appeal of the Russell case on a discovery issue, and the Booth case, which also is pending before the Fifth Circuit. The court of appeals could remand these cases for further consideration in light of its new opinion.

Attorneys in the ODonnell case have gone on record as saying that the Fifth Circuit’s ruling in Daves is unimportant and does not address the merits. The plaintiffs’ attorney, Alex Karakatsanis, founder and executive director of Civil Rights Corps (which also represented the plaintiffs in Daves), described the court of appeals’ opinion as merely a procedural ruling on a few of the least important parts of the case. These statements, however, fly in the face of basic legal tenants, such as standing and jurisdiction, which must be established before addressing the merits. Also, in ODonnell there must be jurisdiction for the trial court to enforce a consent decree by contempt.

The plaintiffs’ attorneys were busy in their attempt to use the decision in ODonnell to establish a foundation upon which they could build and expand further litigation in Texas. However, it appears that the Fifth Circuit’s en banc opinion in Daves v. Dallas County may have effectively knocked the foundation out from under them based upon their current legal theories and interpretation of 42 U.S.C. §1983. The attorneys may be downplaying the importance of the ruling because they have built a cottage industry constructed entirely on a ruling that has now been reversed.

Perhaps a bigger issue involves the possible ramifications this ruling will have on the consent decree entered in the ODonnell case. Since it is now established that county judges are state actors and the Texas attorney general was not a party to the suit, questions arise beyond only jurisdiction. For example, should the judgment be set aside since state actors were not represented by the Texas attorney general? Is a settlement in this situation even binding on the state? How does sovereign immunity come into play?

Despite what the plaintiffs’ attorneys are proclaiming, Daves v. Dallas County is not a procedural ruling on an insignificant issue; it is a sea change. Its seismic impact will be felt not only in Dallas, Harris and Galveston Counties, but any jurisdiction in Texas and the Fifth Circuit – and beyond – under threat of suit for bail-related issues. The Fifth Circuit has spoken. Will the plaintiffs proceed to the U.S. Supreme Court? Do they have any other choice? Stay tuned.