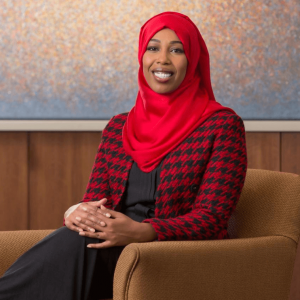 The Minnesota Association of Black Lawyers (MABL) calls on the Minnesota Bureau of Criminal Apprehension to expedite the investigation, submit the case to Hennepin County Attorney’s Office, and for Hennepin County Attorney Mike Freeman to immediately charge the police officers involved in the senseless death of Mr. Floyd with homicide. Additionally, MABL demands that Minneapolis Mayor Jacob Frey and Police Chief Medaria Arradondo launch a thorough independent third-party assessment of all aspects of the training, policies, practices, and culture of the Minneapolis Police Department resulting in public recommendations to end the inhuman treatment of its Black and Brown citizens. Following the recommendations, there should be a transparent implementation plan with milestones and performance metrics to measure the effectiveness of the changes in the short and long term.

The killing of Mr. Floyd is just the latest example of how the over-aggressive policing of non-violent, minor crimes has resulted in the death of Black and Brown Minnesotans, undermining confidence in the police within communities of color. Often, in the wake of a homicide by police officers, a public smear campaign ensues against the victim, implying that he deserved to be killed. We call on Governor Tim Walz, Mayor Jacob Frey, St. Paul Mayor Melvin Carter, and our local and state officials to denounce this practice because our justice system holds that, even for the worst aggravated crimes, the penalty should never be torture or murder. Thus, not only must the officers involved in the homicide of Mr. Floyd be brought to justice, but the Minneapolis Police Department’s policies and practices must be examined and changed to ensure that no more innocent Minnesotans die at the hands of the police.

Furthermore, the Mayor and the Police Chief must confront the culture within the Minneapolis Police Department that allowed Mr. Floyd to be brutalized and killed in front of four other police officers who did nothing to mitigate the situation. It is noteworthy that as the police officer was choking Mr. Floyd to death, his visible hand was in his pocket. This casual posture for someone killing a human being in broad daylight with cell phones recording is horrifying. This callousness shines a glaring spotlight on a culture that tolerates the killing of a Black man without any provocation. The disregard of Black lives within our criminal justice system perpetuates the officers’ expectation that killing Mr. Floyd on tape in broad daylight with witnesses in 2020 has the same consequence as would lynching him and taking proud photos next to the dead body 100 years ago; absolutely nothing.

We are encouraged to see that swift, decisive action was taken to fire the officers. We hope, however, that this is only the beginning of a just process that includes the charging and conviction of the officers for killing Mr. Floyd and overhaul of the Minneapolis Police Department’s practices. Twin Cities residents are frustrated with the culture of violence and racial discrimination within the Minneapolis Police Department. The County Attorney, the Mayor and the Police Chief must make clear that the lives of all Minnesotans – regardless of their race — are valued equally and will be treated fairly.

Amran Farah is the President of the Minnesota Association of Black Lawyers. Amran A. Farah is an attorney at Greene Espel PLLP