Paul Kiesel: Leader Of The Pack 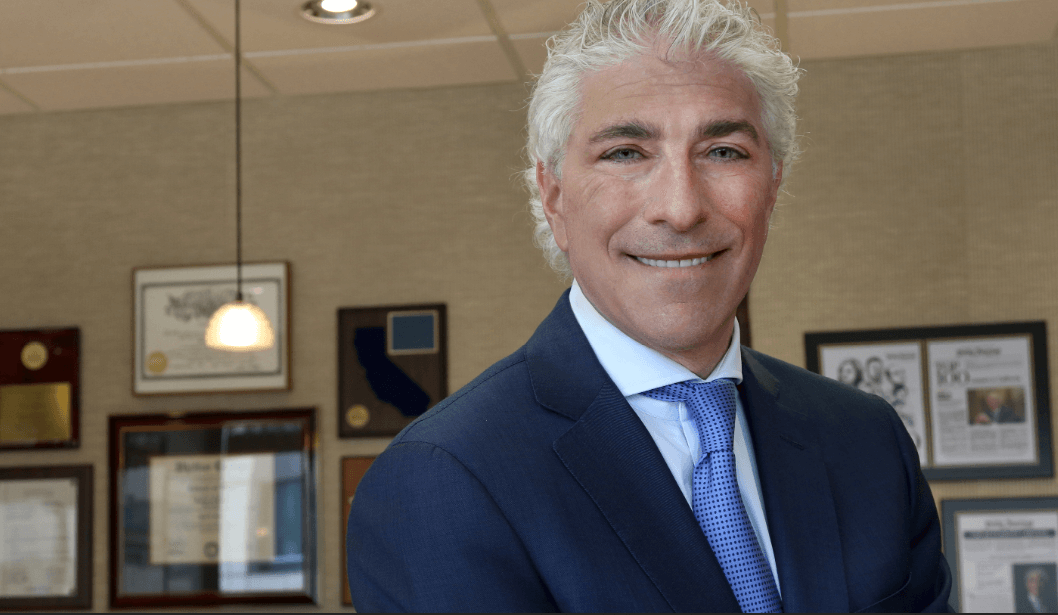 “I have not done this alone. I’ve been able to do these things with remarkable people around me, both in terms of my associates and partners and our staff. I really credit them with my success; I’m just along for the ride.”

Named one of America’s 12 Techiest Lawyers by the American Bar Association Journal, Paul Kiesel takes pride in his forward-thinking approach, embracing technology not as a replacement or short cut, but a valuable tool to maximize the talent and efforts of his team at Kiesel Law LLP. “I’ve always been a proponent and adopter of technology,” he says. “I believe that people can be incredibly productive without being tied to a desk. Remote connectivity, when properly harnessed, not only improves the quality of your life, but keeps you fully engaged in the work. If you enjoy what you’re doing, it’s not a burden, just another opportunity.

“I’m certainly not a micromanager,” adds Kiesel, “I don’t hover because I hire extremely talented and responsible people and expect them to act that way.”

Of course, this is just one of the numerous titles bestowed on Kiesel who has no shortage of honors and record- breaking trial wins to his name. In fact, in the more than three decades he has been practicing law, he’s consistently been selected as one of the top plaintiff attorneys in California and the country. The Los Angeles Business Journal recognized him as one of the Top 50 Trial Lawyers, and The Daily Journal named Kiesel one of the 100 most influential attorneys in California.

Picking Up the Pace

And while he’s recently relinquished his duties as president of the Los Angeles Bar Association, Kiesel says he’s busier than ever.

“It was a remarkable experience and one that I’m glad to have in my rearview mirror,” he says. “It’s a tremendous responsibility being president of an organization with tens of thousands of members. You would imagine that finishing my tenure I would have more time in life, but I’m busier now than at any point in 32 years of practice. We have a remarkable set of cases.”

These include the now infamous Porter Ranch environmental litigation, with more than 32,000 plaintiffs. Requiring the efforts of hundreds of law firms, led by a steering committee comprised of 12 law firms, Kiesel serves as liaison counsel as the 13th firm coordinating the entire case.

“I have not done this alone,” he says modestly. “I’ve been able to do these things with remarkable people around me, both in terms of my associates and partners and our staff. I really credit them with my success; I’m just along for the ride.”

Of course, success is not new to Kiesel whose vast experience in complex litigation includes environmental, construction defect, product defect and pharmaceutical actions, has made him and his firm the go-to solution for some of the largest and most influential cases in the country.

Recently serving as national lead counsel in the federal multidistrict litigation against Glaxo Smith Kline for injuries caused by its pharmaceutical drug, Avandia, Kiesel headed up representation for more than 20,000 personal injury cases, a half-dozen consumer class cases, and several state actions. Similarly, Kiesel served as liaison counsel in the litigation arising out of the 2008 Chatsworth Metrolink crash that killed 24 individuals and injured more than 100. In this capacity, Kiesel coordinated the successful resolution of the cases for $200 million, the maximum recovery allowed by law.

Among his many clients, Kiesel has represented former Gov. Gray Davis in a challenge to the qualification of the 2003 recall election as well as representing numerous municipalities, including the city of Los Angeles, for payment of occupancy taxes owed by the online travel industry.

Add to this, his impressive AV rating on Martindale- Hubbell, and it’s clear he’s enjoyed a laudable and dynamic career. But what led this articulate, passionate and esteemed barrister to enter the legal arena? According to Kiesel, his career path was clear from the ripe old age of 8.

“Not only did I know I wanted to go into law,” he says, “but knew I wanted to be a personal injury attorney. One of my parents’ closest friends was a personal injury attorney in New Jersey, and the stories that he shared of his clients’ challenges and the injuries they suffered, and most importantly, how he was able to help reconstruct their lives, really struck a chord within me.

“The way he handled these victims’ claims, getting them back financially or medically to a stable point, was just spectacular,” Kiesel continues. “Before I was 8, I really wanted to be a doctor. I thought being a surgeon would be a fantastic way to help people. I always wanted to help people.

“But, when it became clear that I did not have the dexterity or physical ability to fold a paper airplane, I realized that being a surgeon was probably not going to be my best use of talent,” he says. “So, a career as a personal injury attorney beckoned to me. After hearing the stories of my parents’ friend, I realized, I’d get to deal with the medical aspects and injuries, without doing harm with my hands.”

Surprisingly, while law school was apparently always in his sights, Kiesel candidly confesses that he was not an exemplary student.

“Academics always seemed like a chore, something to get through to ultimately become a lawyer,” he says. “I was a little too entrepreneurial to focus exclusively on school. I would say, educationally, until I got to law school, I really had not emerged with a love for education.”

Chronically described by teachers as “not living up to his full potential,” Kiesel’s early education included some of the best schools on the eastern seaboard, including prep school at Newark Academy and Connecticut College.

“I was always a B student,” says Kiesel, “and not a very good test taker. But, I ran two fulltime businesses while in college.”

In a time before the internet or even fax machines, Kiesel recognized a tremendous opportunity in the delivery service business. Launching PAK (Paul and Audree Kiesel) Service on his own during the summer prior to starting college, by the time he was a sophomore he had employees, a beeper and an answering service.

He was also quick to convert his love for pinball games into a lucrative enterprise, securing the concession in his college student union. While he admits to having to spend a significant amount of his own hard-earned funds in the initial startup, he also reports that one pinball machine, in one week’s time provided a return of more than $1,000 in quarters.

While he applied to several law schools including Yale, Columbia, Rutgers and Seton Hall, as graduation rapidly approached, Kiesel had not yet been accepted to any, though he was on multiple wait lists. Then, a call from a dear friend suddenly turned his sights to the sunny west coast and Whittier College School of Law.

“I had never been west of Pennsylvania,” he admits. “I knew no one in California. It was a world I’d never imagined my life would be focused in. I was immediately accepted at Whittier, and figured that I would complete my first year there, and then transfer to one of my first-choice schools.”

The transfer never happened. Kiesel discovered not only the delights of southern California and an educational environment that, for the first time both challenged and excited him, but he also discovered his own innate talents.

“At the end of my first semester, I was near number one in my class. I was both excited and blown away.”

Graduating in the top 5 percent of his class, Kiesel accepted a job in his third year of law school, with the same firm that today bears his name. In 1985, it was the husband and wife practice of Slatter & Slatter. Within four years, Kiesel was a partner, the firm becoming Slatter, Slatter & Kiesel.

Over the years, the firm has evolved, partners come and go, but now as Kiesel sits in his office and looks out on Wilshire Boulevard, he can review his entire career within a few surrounding blocks.

“I can look out my window and see the first office I ever worked in,” he says. “Since 1984, I have not moved more than three blocks from my original practice.”

Full circle is an apt way to describe other aspects of Kiesel’s life. He first met his future wife, Dana, while they were both students at Connecticut College. They both ended up separately moving to Los Angeles in July 1982 and reconnected two-and-a-half-years later. They have been married 28 years and have two adult children.

As for Kiesel, despite being one of the most in-demand attorneys in California, he has managed to balance his full life between work, family and friends claiming to have, “never worked a day in my life.”

Looking back at his life, family and career, Kiesel has few, if any, regrets. “I think everything has evolved naturally,” he says. “Where I am today, what we have created in this moment, is exactly what I had hoped. I wake up and am just stunned at the remarkable cases and opportunities that we have in the practice to work on. I take that responsibility very seriously, but if I had written a dream down on paper as to exactly what I would like my life to look like, it couldn’t have been any better than this.”