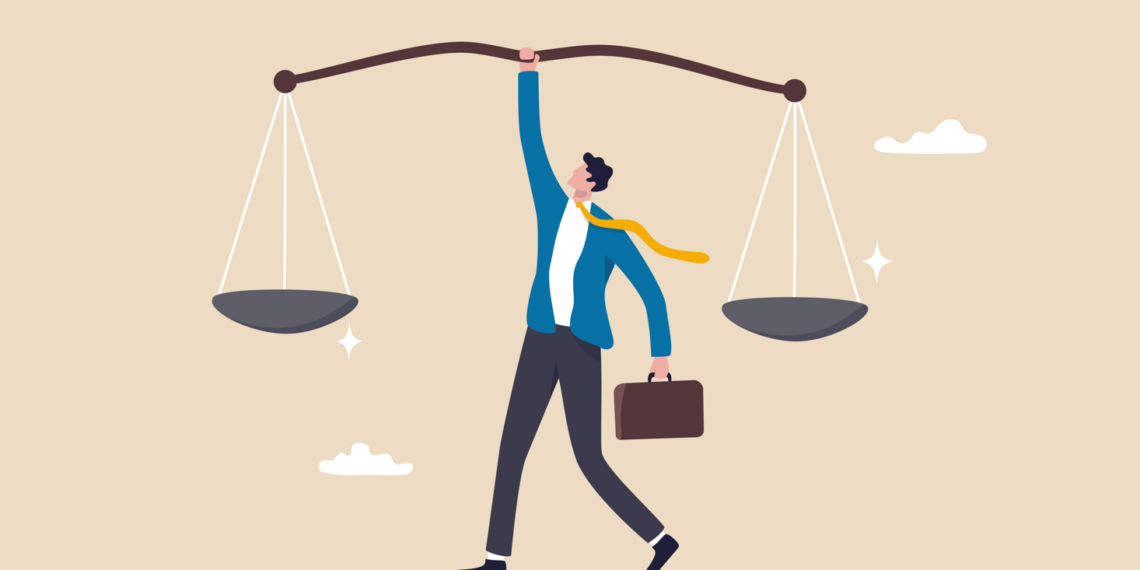 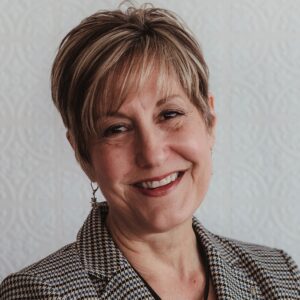 We like to think that high profile ethics issues like CNN CEO Jeff Zucker’s resignation (for failing to follow CNN’s conflict of interest rules) and Former Miami Dolphin’s Head Coach Brian Flores’ discrimination lawsuit against the NFL, as outliers. We like to chalk up conduct like Zucker’s to personal arrogance and believe lawsuits like Flores’ are “complicated legal matters.”

The truth, and the good news, is that both situations result from several common, problematic ethics dynamics which can be addressed. The bad news for lawyers is that we are more vulnerable to engaging in these ethics dynamics than the average population.

There are several ethics dynamics underlying the CNN/Jeff Zucker situation. One common dynamic is “moral licensing.” Moral licensing is the ethical equivalent of cheating on your diet. The naughty trick our brains play on us when we are dieting is to tell us: “You have been so good limiting your carbs, calories, or whatever it is you are counting, that having this one little cookie won’t ‘hurt.’” “Or this small scoop of ice cream.”  And sometimes it doesn’t “hurt” our efforts – until we fall for the trick one too many times.

Often, we do not consciously hear the trick – it is the autopilot function and we are the Tesla automobile. Or if we do think about it, we recognize it too late to modify our “in the moment” conduct.

Researchers Max Bazerman and Ann Tenbrunsel found that our minds play the same trick on us when it comes to ethics. We tell ourselves “I worked late last week so it is okay if I take a longer lunch this week.” Or “the company doesn’t pay me a fair salary, so it is okay that I take office supplies for personal use.”  Can’t we hear Jeff Zucker’s autopilot telling him he did not have to report his relationship with a subordinate because “we don’t know whether this relationship will last – I can report it once it becomes serious.”

Or if it did make Zucker’s conscious thought process, he may have fallen prey to another common ethics trap, “ethical fading” – another dynamic identified by Bazerman and Tensbrunsel.

Ethical fading is the ethics equivalent of parents saying: “Yes, it is a serious thing that Johnny got expelled from school for hitting another student in the face, but that student was wrong for calling Johnny a dweeb. Plus, the school handled it all wrong. I am calling the principal first thing in the morning.”  By coupling the actions of the other boy and the school’s process into the analysis of Johnny’s behavior, the ethical implications of Johnny’s actions “fade.”  When in truth, the situation involves three different issues which should be analyzed separately. Unethical and ethical conduct stand alone. One does not balance out the other.

Zucker’s autopilot was engaging in ethical fading by telling Zucker that the upcoming launch of the network’s new streaming platform was too important, and needed all his focus, justifying a delay in reporting. Perhaps he “faded” the ethical and leadership implications of failing to follow the rules of the company he ran by focusing on the urgent business demands on his plate.

Zucker’s bosses may have also engaged in ethical fading. By many accounts Zucker’s relationship with his subordinate was an “open secret,” which did not become an “issue” until the investigation of Chris Cuomo. (After all, if you fire your top-rated anchor for having a conflict of interest, you had better not have a conflict of interest yourself.) Perhaps prior to Chris Cuomo’s departure, the powers that be at CNN faded the ethics of Zucker’s apparent relationship with a subordinate by focusing on his highly successful business skills and the damage to the network should Zucker leave.

Obviously, any ethical fading ended weeks ago in a big way.

The Brian Flores lawsuit involves another fascinating dynamic Bazerman and Tenbrunsel identified. Fortunately, this dynamic involves some good news. The good news is that most people are intrinsically motivated to be ethical. We naturally want to do the right thing.

Research reveals that well-intentioned rules designed to address ethical and moral issues, like the NFL’s Rooney Rule requiring clubs to interview a certain number of diverse candidates for coaching and coordinator positions, are ineffective.

In one experiment, when people were told to “do your best” in editing a document they did a better job than when told to focus on “correcting grammar mistakes.”

Motivating people by appealing to their innate desire to do the right thing, may be more successful than a solely rule-based approach. In other words, a values-based approach helps people understand what is right in any given situation, rather than complying with a checklist of rules. Outcome based evaluation and accountability measures are key to the success of values-based approaches.

Part of the problem with the NFL’s Rooney Rule, is that it does not appear to hold clubs accountable for insufficient outcomes.

Troy Vincent, the NFL’s Executive Vice President for Football Operations acknowledged the need for outcome-based evaluation in the NFL’s 2021 Diversity & Inclusion Report, stating: “As we approach this new decade of occupational mobility, we must be willing to boldly determine success metrics, expand policy, provide proper incentives, and prioritize accountability.”

What This Means for Lawyers

There are several psychological and training dynamics shared by lawyers which make them more vulnerable to moral licensing, ethical fading and external motivation in ethical decision making.

Lawyers score significantly higher than the average population in abstract reasoning (82% to 50%). Lawyers like to approach the world with their minds. They analyze things from an abstract, rational point of view. Lawyers are more likely to value rules, process and stability, even if the rules can occasionally be unfair to others, as opposed to people who approach the world from a relationship and values perspective. A relationship, values based person would argue that rules and processes which harm others, even a small minority of people are unacceptable, because the entire point of rules is to ensure fairness to everyone.

Lawyers are significantly more skeptical than the average population (90% to 50%). Skepticism traits include, well skepticism, cynicism, and judgmental, questioning and argumentative behavior.

Because lawyers created law schools, the classical training approach utilized in most law schools is highly analytical and objective. Students are sometimes informed that their own personal viewpoints on a subject are irrelevant. They are taught to see, and argue, both sides of an issue. This analytical approach confirms and rewards any preexisting psychological traits of skepticism and analytical thinking.

However, the emphasis on analyses and objectivity has its deficiencies.

Most lawyers receive no training in the fundamental principles that govern and animate interpersonal conflict. Consequently, lawyers often lack the knowledge that is essential for excellence in conflict management and, hence, excellence in lawyering.

Because most lawyers are hard wired to approach issues from an analytical and skeptical mindset and because we are professionally trained to consider all perspectives and facts, moral fading is almost “baked into” our normal thought processes. A classic example being the large, lucrative client of the firm who demands that the lawyer “bend” the rules of professional conduct in discovery. Or refuses to have a woman or a person of color working on their case. Lawyers characterizing these conflicts as “business decisions” as opposed to “ethics decisions” are engaging in ethical fading. The problem solving becomes focused on how to save the income for the firm rendering the ethics issue merely equal to, or less than equal, to the business decision.

As lawyers, we are trained to craft arguments supporting any point of view. Imagine how skilled we are at moral licensing. Haven’t we all heard lawyers fervently arguing why they should be compensated at higher rates than other lawyers in the firm, why they should get the corner office, and why it is okay to ask their administrative assistant to go out in inclement weather to purchase their kid’s birthday present, etc.

Most significantly, our skeptical and analytical approach means that lawyers are highly susceptible to externally motivated ethics. Over many decades of advising attorneys facing ethics decisions, I have witnessed that the default mindset is “what do the rules say?” as opposed to “is this the right thing to do?”  They believe that if they follow the rules of professional conduct, they are “ethical,” failing to recognize that the rules of professional conduct are the “floor” of what constitutes ethical conduct, not the ceiling. Many lawyers “trust” written rules more than the “squishy and messy” values based exploration of “what is the right thing to do in this situation?”

Thankfully, like most people, most lawyers also want to be ethical people. Though we may have to work a little harder at overcoming our “default” approaches to do so.

If we want to succeed and meet our goals as lawyers, we must learn about these common ethics dynamics and create tools and processes to account for them.

And time is of the essence for organizations to improve their ethical and cultural wellness. The legal profession has not been immune from the Great Resignation. By November 2021, the associate turnover rate in large law firms reached 23.2%.

Moral licensing, ethical fading, and ineffective rule structures, along with other ethics dynamics, contribute to DEI, ethical and cultural issues in all organizations, including law firms.

The good news is that we can learn about problematic ethics dynamics and build tools to avoid them. And become the better law firms and lawyers we naturally want to be.

Victoria Vuletich is a trainer, consultant and speaker in Ethics and Professional Identity Development. She is a licensed Michigan lawyer and a Certified Wellness Professional. A former law professor, she served as ethics counsel at the State Bar of Michigan, and has spoken at Oxford University, UK, The Gerald R. Ford Presidential Museum, Grand Valley State University and The National Wellness Institute, among others.