Protecting the Vulnerable When the Courts are Closed, and Jails are Health Risks 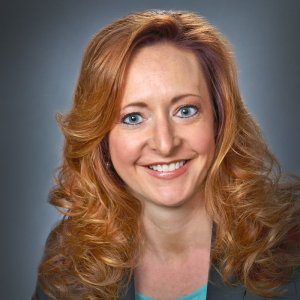 As Americans in many states face stay-at-home orders, calls to police for domestic violence have spiked across the country. In Illinois, the state’s domestic violence hotline set a record during the pandemic. Law enforcement officers are responding to the calls as best they can, but they do so in the face of unprecedented challenges. Jails across the United States are trying to address the competing interests of balancing community protection and inmate safety given outbreaks of COVID-19 amongst incarcerated populations. In many states, the usual police protocol of removing the offending party from the household has been questioned based on the lack of alternative housing for non-arrested offenders given the pandemic.

In New York, the Chief Administrative Judge granted anyone with temporary orders of protection an indefinite extension. Although domestic violence charge statistics for the first quarter of 2020 are not yet available, calls to the statewide hotline did rise two weeks ago according to Janine Kava, Public Information Officer for the Office for Prevention of Domestic Violence in New York.

In Virginia, Second Lt. Erica Webb of the Fairfax County Police Department’s Media Relations Unit stated that COVID-19 has not led to changes to the department’s policing policies regarding domestic violence. She explained that if police respond to a call and there is probable cause to make an arrest, it is made. Fairfax County Police Chief Ed Roessler told ABC News that police officers face the difficult assessment of determining how to safely respond to the calls both for the people involved and for the police officers.

“We are trying our best to triage those calls, obviously, by separating people physically outside of the dwelling and if they both have cell phones, for instance, and take those calls, from a point of safety, to get interviews, collect evidence, and if we have to make an arrest, we try to get voluntary compliance for the person to go turn themselves in as we get the warrant separately,” said Fairfax County Police Chief Ed Roessler to ABC News.

However, domestic violence advocates fear that victims won’t call for help as their abusers assert heightened power and control during these times when most are ordered to shelter-in-place. Fears of leaving the abuser can be increased given that most shelters offer dormitory-style housing, leaving abusers more vulnerable to contracting the virus.

Defendants facing domestic assault charges and Petitions for Protective Orders are being adversely affected by the pandemic as well. The lack of alternative housing options for those removed from their homes, and not incarcerated, places an additional hardship on those accused. And for those who are incarcerated, jails throughout the country are grappling with inmates testing positive for COVID-19. Incarcerated individuals face the risk of contracting COVID-19 along with increased isolation within the facilities to stop or prevent the spread of the disease.

In Virginia, Fairfax County’s Sheriff issued a press release on March 30, 2020, that an inmate at the Fairfax County Adult Detention Center in his 20s had tested positive for COVID-19. The inmate was placed in isolation. The Sheriff’s Office stated that in mid-March, at the recommendation of the Health Department, enhanced screening and cleaning protocols were implemented at the facility to ensure the safety of staff and the incarcerated population.

Conversely, Respondents who request continuances must comply with the terms of the Preliminary Protective Order during the delay period. This relief can consist of the following restrictions/conditions on Respondents in Virginia:

These conditions and restrictions can lead to financial strains on Respondents for an unusually lengthy delay due to court closures and resulting backlog. While many Americans are feeling the financial stress of the pandemic in a variety of ways, untimely delays in court hearings add a financial and housing stress for an indefinite amount of time.

One of my clients won’t have a full Protective Order hearing until at least the end of May. Originally, the matter was scheduled for trial in March, but due to the Respondent’s related criminal charges hearing being delayed until early mid-May due to COVID-19, the Court rescheduled the Protective Order hearing until resolution of the criminal matter.

During these unprecedented times wherein extended court closures and delays in hearings are becoming the norm, we must utilize our creativity in seeking solutions for our clients. As attorneys, we can help by arming ourselves with information on alternative housing and resources for victims of domestic violence. Find out what shelters are accepting new victims of domestic violence and what, if any restrictions are there on gender, children and/or pets. What resources are available with income supplementation, applications for public assistance, job training and counseling are available? Many domestic violence support networks offer clothing assistance, job training, victim counseling and childcare assistance.

For attorneys defending respondents in protective order cases, stay apprised on the court’s policies for continuances, remote hearings, and work with Petitioners where possible to reach agreeable dispositions. Attorneys who represent Respondents who are incarcerated should seek immediate bond motions and educate themselves on alternative incarceration measures, such as electronic monitoring or home incarceration.

Amy L. Bradley is a senior associate at Briglia Hundley, P.C. Bradley practices personal injury, criminal defense, civil litigation, land use and employment law. She is also the Deputy Town Attorney for the Town of Vienna, Virginia, a role which includes prosecuting criminal and traffic charges on behalf of the Town.