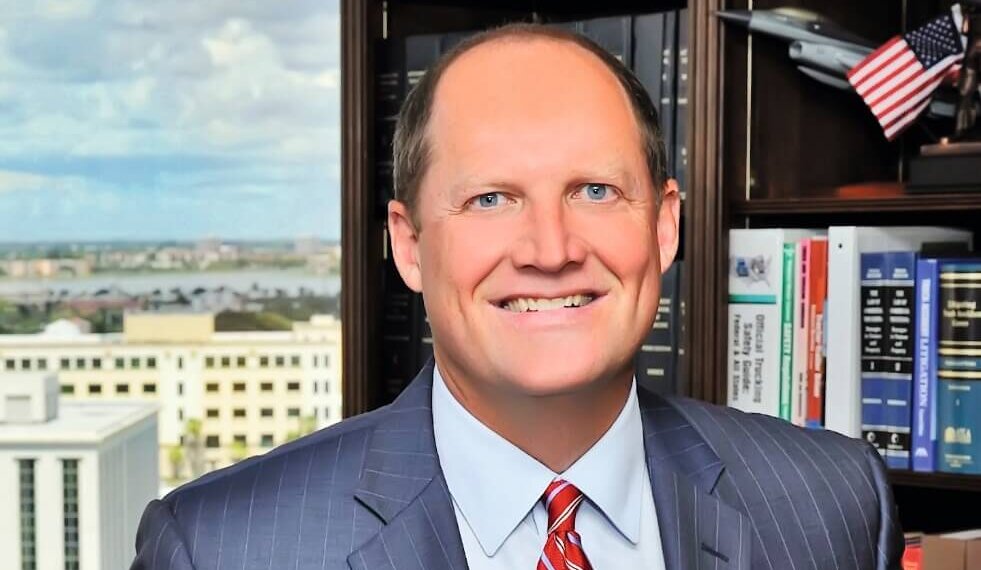 Growing up in Palm Beach County, Scott B. Smith made the decision early to enter the field of law. “I was fortunate to be able to meet and interact with driven and successful trial attorneys,” he says. “Their commitment to fighting for their respective clients was inspiring.”

While certain that law would be his chosen profession, it was a devastating event that solidified in his mind precisely what direction his career would take. It was 1994 in Tallahassee and Smith was the driver of his friend’s car when they were involved in a formidable crash. Rear-ended by the vehicle behind them and pushed into oncoming traffic, Smith’s life would be altered forever.

“My friend passed away from injuries sustained in that crash, and I struggled to stand up for nearly a week,” he recalls. Smith describes being physically and mentally beat up by the crash and its painful aftermath, but completed the fall semester and graduated timely with his class. “I have never forgotten. Once in law school, I knew right away that I wanted to be a litigator and, specifically, fight for those that may not have the needed voice of their own.”

For nearly two decades, that’s exactly what he has done. As a managing partner in the West Palm Beach law firm of Lytal, Reiter, Smith, Ivey & Fronrath, Smith provides aggressive representation of individuals and families who have been injured in accidents. He also represents those injured by defective products and families in wrongful death matters who have lost a loved one due to someone else’s negligence. Smith has resolved hundreds of cases by settlement or jury verdict, with dozens of cases resulting in compensation in excess of a million dollars. He has successfully concluded more than 10 of those in excess of $5 million, including a landmark wrongful death resolution of $46 million.

Motivated by his passion to help others, Smith acknowledges that the hardest part of his job is witnessing the suffering of his clients. “It is impossible to say what tragedy is worse than any other,” he says. “However, the cases that I have handled involving a seriously injured child are the saddest and most difficult for me to see. No child should ever be injured like so many that I’ve represented, let alone then have to endure the difficult legal process. Yet, I am committed to fighting for them and ensuring that they obtain maximum compensation for all of their losses.”

Not surprisingly, Smith is highly respected by his clients and the legal community at large. He retains a consistent AV rating in Martindale-Hubbell’s peer review rating process. Smith has also been listed in the Top 100 Plaintiff’s Lawyers in Florida, and has been featured several times in Top Verdicts & Settlements in Florida. In 2017, he was recognized by Best Lawyers as the top plaintiff’s personal injury lawyer in West Palm Beach.

A true student of life, Smith says that he’s gleaned knowledge and insight from virtually every experience, but is particularly grateful for specific skills acquired through his formal education, prior involvement in sports and during his years of practicing law.

“My freshman year at the United States Air Force Academy, my experience playing football, law school and several lengthy trials I have had, all taught me a lot about organization, discipline, preparation and dedication,” he says. “It is often said that the best thing a trial lawyer can do is to be properly and thoroughly prepared. That is absolutely true.”

“Those experiences helped me hone and strengthen the ability to prepare and to keep working, even when you think the job is done. It is amazing how a light bulb will go off in my head the longer, the later and the harder I work. There are simply no substitutes for preparation and hard work.”

After nearly 20 years, with the same fire and drive, Smith says he’s even more passionate about his calling. For Smith, the long hours and hard work are well worth the results.

“The greatest part of being a plaintifi’s trial lawyer is having the chance to help those that have been harmed,” he says. “Daily, I am blessed to have the unique opportunity to help my clients get back on their feet. It is not easy, but it is incredibly rewarding to gain a positive recovery for a client.”

There are challenges, however; and, according to Smith, one of the greatest is the ongoing battles with insurance companies.

“The insurance industry’s reluctance, if not abstinence, in working with me to get a matter resolved for fair and just compensation before having to litigate the case for an extended period of time is frustrating,” he says. “I love the fight and in many ways, live for it, however, for the sake of my clients and the civil justice system itself, I would like to see the insurance industry stop drinking from the proverbial party punch bowl and accept that most, if not all, of those that were harmed due to the negligence of another are entitled to compensation. An incredible amount of time, resources and money could be saved by so many. Yet, I do not see it changing anytime soon, so I am going to keep my gloves on and continue swinging away in haymaker fashion.”

When asked what he considers to be his greatest achievement, Smith doesn’t hesitate to reply, “My family. My wife, Molly, and I have four beautiful children, Sandy, Tucker, Charlie and Harrison as well as two dogs, Chief and Bettis. This is, and always will be, my greatest success and what brings me the greatest joy.”

“The only greater thing than a successful day after fighting hard for your clients, is when you go home to your spouse and your children. That is life at its fullest. There is no greater joy and success than to be loved by your family.”