Practice And Presidency: The Busy Life of Brian Kabateck 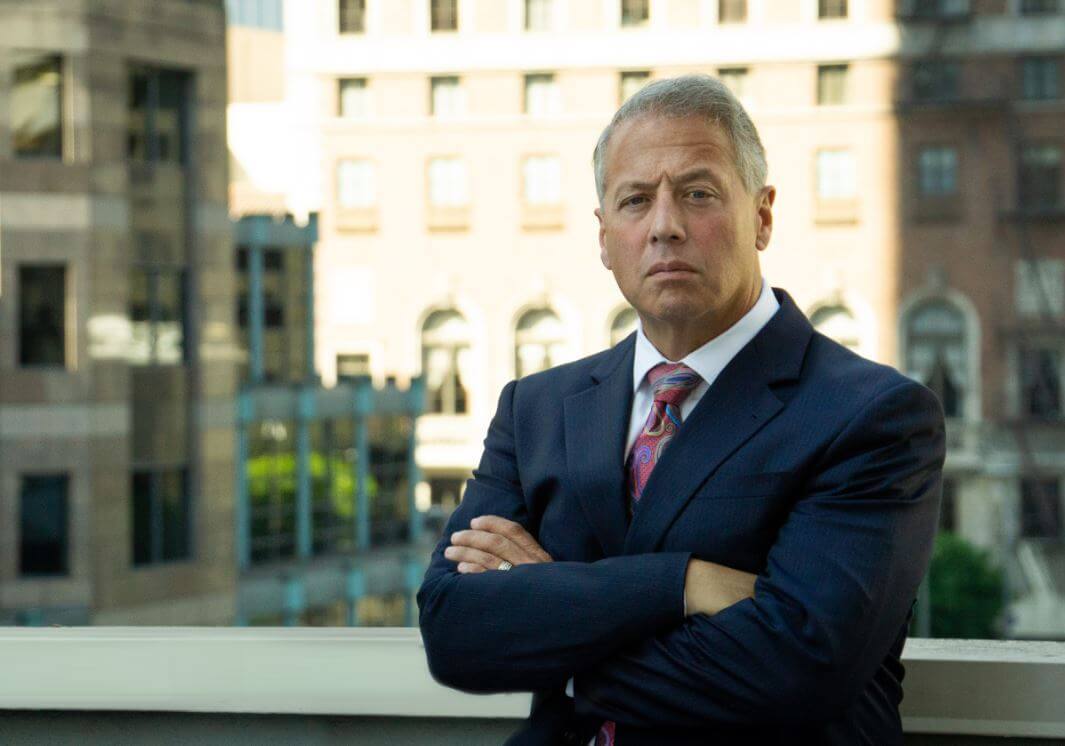 He’s president of the Los Angeles County Bar Association and he sits comfortably in the elite circle of the city’s most preeminent attorneys, but Brian Kabateck still has a struggle.

It’s not holding strong as an advocate at the top of his career. In the bag. It’s not leading the legal community with purpose and vision. Handled. And it’s not championing causes that hold deep personal meaning. Done.

“I think the biggest challenge is figuring out a way to sleep,” says Kabateck, founder and managing partner of the downtown law firm Kabateck LLP. “The number of hours required between my practice and the LACBA presidency is overwhelming.”

Not surprising, as his goals for his year of LACBA presidency are numerous and lofty, with membership topping the list.

“The county bar is a big organization that has faced a lot of challenges over the years, particularly in recent years with people not finding the need to join a bar organization,” he says “We need to find a better way to draw people to the organization to make it attractive to all lawyers in all stages of their careers.”

Kabateck says his aim is to make the membership more relevant to the young lawyers getting started in their practices, as well as those with a few years behind them.

“People in the middle of their careers are equally fulfilled,” he adds of bar membership. “We need to find people who recognize its value to their personal lives and their careers.”

Kabateck concedes the bar needs to do more with fewer resources and less money, particularly in sustaining its four non-profit activities: a program in the courts for victims of domestic violence, a legal program to help veterans, access to justice for immigrants and legal services for people with HIV. But he has a solution he would like to enact.

“We need to make those organizations independent fundraising opportunities because it’s great to do good work,” he says. “We need money and contributions to operate those important programs.”

“What might attract me might not attract you, so I want there to be something for everybody,” Kabateck says. “And mostly I want to restore the faith in the LACBA for all the lawyers in L.A.”

Kabateck’s goals extend far beyond his plans for the bar association. Throughout his career he has been an outspoken force in Sacramento for strengthening consumer protections.

A former president of the Consumer Attorneys of California, Kabateck ran an unsuccessful campaign in 2014 to change medical malpractice laws, which he explains are “plagued” with a cap of $250,000—a number put into place in 1974 that amounts to about $40,000 today.

“It makes it impossible to receive justice in many medical malpractice cases,” he laments.

But that hasn’t stopped him from fighting for the people. In the last decade or so, Kabateck has been actively involved in 25 pieces of legislation that range from changes to the insurance code to making litigation more affordable for litigants.

He was also recently involved in the litigation that was in response to the Wells Fargo fraudulent bank account scandal, as well as the California Consumer Privacy Act in response to the internet data theft from companies including Equifax. This act, which gives California the most aggressive privacy protection for consumers in the country, makes companies that don’t protect the data collected, liable.

“Someone might have their data stolen, but what are the damages?” Kabateck poses. “This legislation is designed to make a company accountable with a minimal amount of damages of no less than $100.”

A WIDE RANGE OF CASES

“It takes people eight to 12 months to realize their insurance companies are treating them unfairly,” he says. “When your insurance company has left you high and dry, you need to go to court.”

School-related sex abuse cases are also on his firm’s docket, from high schools around the state to the high-profile University of Southern California case.

“There have been a number of cases this past year where teachers are caught abusing students,” he says. “We hold the school responsible.”

Holding responsibility doesn’t stop there. He has sued police departments over officers that have raped and abused women while on the job. He has also enacted class action suits over the misclassification of employees as independent contractors to get out of paying benefits—a common issue in the growing gig economy.

In addition, he has taken on a number of personal injury cases for critically injured people, business cases, and other cases where people have to hire a lawyer on contingency because they can’t afford an hourly fee.

While all of Kabateck’s cases are important, one stands out as the closest to his heart.

“Without question it is the involvement I had with the Armenian Genocide case,” says Kabateck, whose mother is Armenian and whose grandparents were survivors. “Many of these insurance companies never paid claims on the lives that were slaughtered.”

Kabateck sued on their behalf and collected $40 million, most of which went to Armenian charities. He says it was one of the most interesting cases he ever handled, and one of the longest instances of jurisprudence from the time of the event (1915 – 1917) to the time of resolution, as far as he knows.

“This case was very personal to me,” he says. “Growing up half Armenian and not entrenched in the Armenian community, it was a way to feel part of the community and to feel what my grandparents went through. I felt in a small way I was bringing justice to the victims of the genocide.”

THE FUTURE OF LAW

Kabateck says he works to pass along his expertise and passion as an advocate to the next generation of attorneys in his firm as well as through his alma mater, Loyola Law School.

“In 2018 and going forward, the rule of law is more important than ever to protect people, and people like me need to lead by example,” he says. “Don’t talk to them, talk with them, and help them understand the practice of law and that it’s important to be part of a team.”

Calling his affiliation with Loyala one of most fulfilling endeavors, he says he likes the energy young people bring to the practice of law.

“I enjoy helping being part of a fantastic institution such as Loyala,” he says. “It’s on a huge upswing to become a world-class law school.”

He says when he left the school, he didn’t look back for 20 years. Now reengaged, he’s working closely with the dean and the 17,000 alumni.

“What I’ve really done is work on a program where the law school feels like it’s part of the community,” he says, adding that his love for the school is personal, too. “If it weren’t for Loyola, I wouldn’t be a lawyer, and more people should feel that way.”

But Kabateck didn’t always want to be a lawyer; as a kid, he wanted to be an actor. But a pivotal, if not puzzling, moment—along with the advice from a family friend who was an actor, to have a backup plan—set him on a different course.

That moment came in an acting class at USC, where his fellow thespians recognized his talent, but his professor shot him down with a grade he still scratches his head over.

Still, he likes to think the acting training helped his law career.

“I have no fear about talking in front of people and I’m comfortable on my feet,” he says.

Charisma aside, what did it take for Kabateck to reach this level of achievement?

“Hard work,” he says. “The first mistake people make is they look at someone successful and think they can take the elevator to the penthouse. There is no substitute for hard work, and you have to work as hard as everyone in your group. Every successful lawyer I’ve ever seen has done exactly that.”

And that success, with a thriving and growing firm that includes 11 attorneys on staff, is not on track to waver.

“I tell my young associates that I thought after 15 years I could work less,” he says. “Now 30 years in, I’m working just as much.”