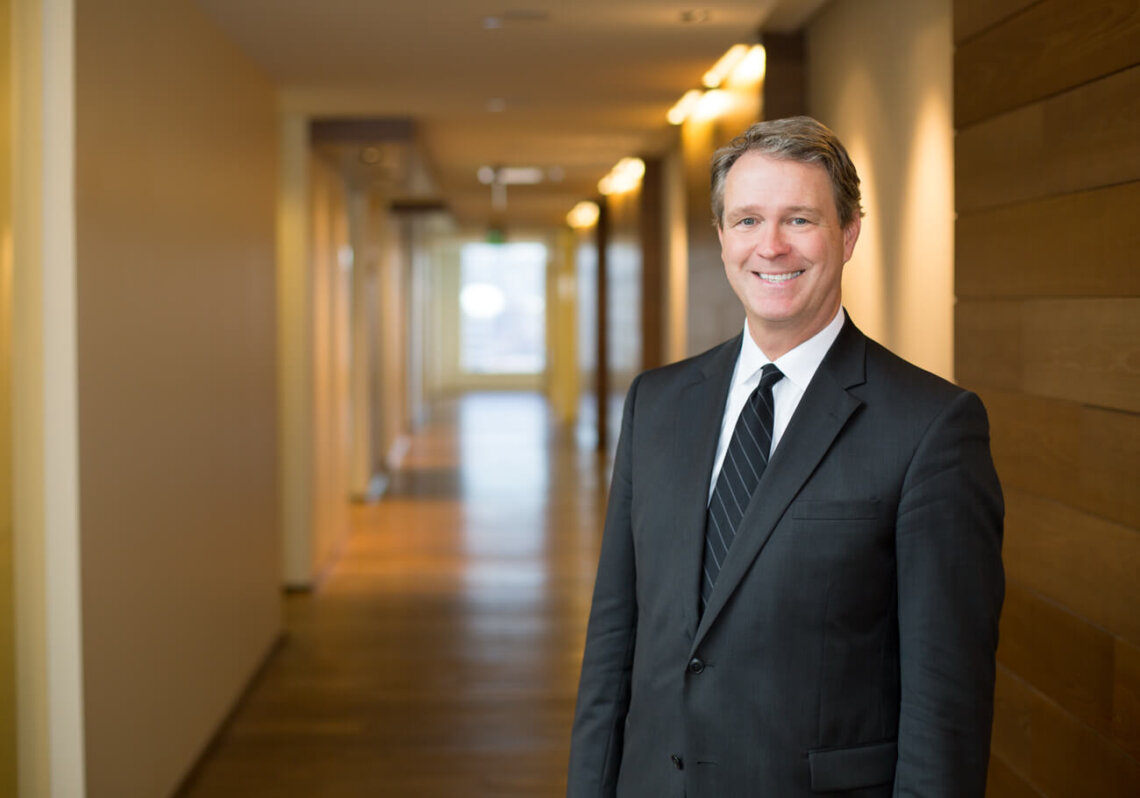 Clean-cut and personable, Alan Rogers exudes the honesty of a former Eagle Scout with the charm and confidence of a natural leader. Both qualities will serve him well as 2018 president of the Birmingham Bar Association, an office he assumed Jan. 1.

Becoming president is not quite a popularity contest, however. The former managing partner at Balch Bingham, one of Alabama’s top law firms, Rogers says the office of president follows a natural progression from president-elect to president. Preparation for the office is the key.

“I served last year as an understudy, so I would have the perspective to develop a plan for this year,” he says.

Now in his new role, Birmingham Bar Association President Alan Rogers has the opportunity to implement what he terms his three-point program. First, he wants to continue the Bar’s goal of greater inclusion and respect for all, regardless of background or beliefs.

“We have to remember that though we are all lawyers, we vary widely in our personalities and practices. The association brings together criminal, civil and corporate lawyers, public defenders, trial lawyers, environmental lawyers and many others all under one association of 4,000 members.”

The association also, he says, must embrace the changing demographics of its membership. “Our Bar is now majority Gen X, Gen Y and millennials in its makeup. The baby boomers are in the minority. We embrace this reality and will make certain we stay relevant to the younger lawyers.”

A third point is a re-affirmation by the Bar to the concept of the rule of law in American society. “The rule of law is more important today than ever before. If you put aside political parties, liberal versus conservative, and all the chaos in the world today to find something steady to stand on, you arrive at the rule of law. This is something we, as lawyers, must guard.”

And as a final point, he wants to work closely with the Bar’s newly appointed Executive Director Jennifer Buettner, to ensure her success. This is an important task, given the association’s large membership, seven sections and 25 standing committees. But it will help that he knows Buettner well, as they have worked together in the past.

“I have known and worked with Alan for about 16 years, nearly my entire legal career, first as an associate at Balch & Bingham where he is a partner and a strong leader of the firm, having been the managing partner. Several years after I moved to in-house counsel, Alan became lead attorney on a major case for my company and provided invaluable guidance and counsel on what was a very protracted and challenging dispute. His deep understanding of the law and his wealth of experience and insights on navigating through the litigated matter were precisely what we needed in that situation,” she says.

Buettner praises his vision and ideas, and feels together they can accomplish a lot for the Birmingham Bar Association.

Rogers admits that 2018 will be an especially busy year. He reverted back to full-time practice at Balch & Bingham in 2016, a practice that has been growing each year. This year will require him to divide his time between that practice and his duties at the Birmingham Bar Association.

“The final thing is to make sure I give President-Elect Charles Fry a Bar association that is on solid foundation.”