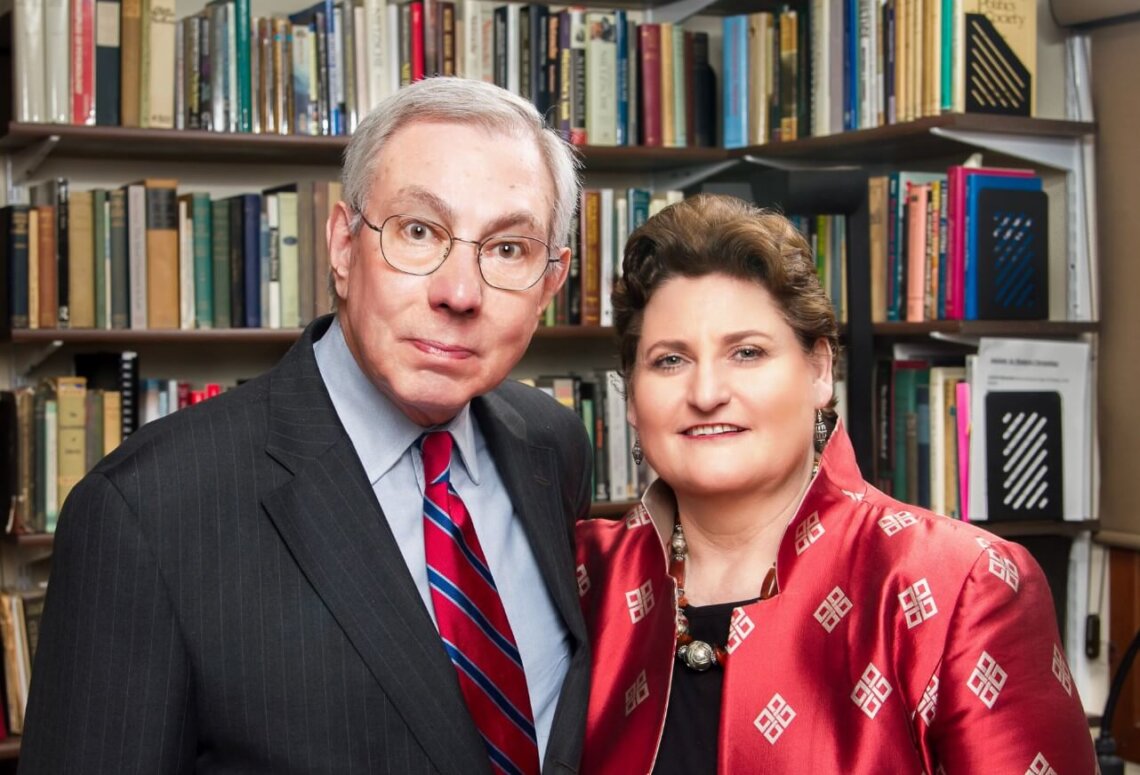 A great deal of attention has been paid of late to the career achievement gap between women and men – women earn less, they get to the C-suite and the partnership table less frequently, and they drop out of their careers more often than men. Husband and wife attorneys Alton B. Harris and Andrea S. Kramer believe the single most important cause of this disparity is the pervasive stereotypes and discriminatory gender bias against women that flows from these stereotypes. Harris and Kramer have set about empowering business and professional women to actively recognize and purposefully deal with gender bias that can impede achieving career success. To this end, they have collaborated on a forthcoming book, “Breaking Through Bias: Communication Techniques for Women to Succeed at Work,” which will hit the shelves, online retailers and the e-book market in the spring of 2016.

Kramer and Harris argue that gender bias is most apparent in historically male professions such as the law, investment banking, consulting and technology. Nevertheless, “The heart of the matter is that there is no career environment in which gender stereotypes do not exist and adversely affect women,” Kramer said. “Al and I realized that women need a go-to resource where they can learn how to effectively navigate these stereotypes for career success.”

“The book draws on Andie’s personal experiences and Al’s sage advice as to how successful women can face down gender bias,” said Leslie G. Fenton, managing director, PwC Corporate Finance LLC. Fenton added, “Al’s strong support helped Andie develop her talents and leadership skills to become the remarkable woman she is today. Andie now sponsors others in the same empowering way she was. Together, they have created an exceptional tool to help women be more effective in professional and business environments.”

Upon graduation from Northwestern University’s School of Law, Kramer was eager to begin a career in tax law and was fortunate to attract the interest of several firms. Ultimately, she chose to join a small firm called Ungaretti & Harris as the sole tax attorney.

“When I got to the firm, I was charged to create a new department, with the promise of whatever help I needed,” Kramer said. “As I look back on my experiences there, the thing that most resonates with me is that it didn’t matter a wit that I was a woman, as long as I was a good lawyer. Gender never came into the equation.”

Over the years, Kramer grew her department to seven lawyers and carved out a professional path within the tax and financial industries, while building a solid roster of clients. Ultimately, with Harris’ encouragement and support, Kramer realized she needed a larger, national firm with more resources to meet the needs of her clients. She started the next phase of her career as a partner with McDermott Will & Emery in 1993.

“Up to this point in my career, I had not seen gender bias in operation,” explained Kramer. “At my new firm, and at all large firms with whom I was now interacting, I saw women denied the same opportunities for advancement as men. I saw them becoming frustrated and discouraged. Because I had started my legal career without experiencing gender discrimination, I made up my mind to take a stand.”

As a capital partner with her own clients, Kramer began speaking out. She helped create her firm’s racial/ethnic and gender diversity committees and started to work to help women in and out of her firm realize their potential by overcoming gender discrimination. The LGBT committee was initially started as a subcommittee of the committee Kramer chaired.

Kramer now advocates for gender equality through articles, speeches and workshops; she counsels other women about their careers; and founded the Women’s Leadership & Mentoring Alliance (WLMA) that mentors women across the country. Because of her efforts, Kramer has earned numerous professional accolades including recognition as one of the 50 Most Influential Women Lawyers in America by the National Law Journal and being awarded the Private Practice Gender Diversity Lawyer of 2014 by ChambersUSA.

A current Nixon Peabody partner specializing in the regulation of financial institutions, Harris is a founding partner of that “small” firm where Kramer took her first job.

Armed with a degree from Harvard Law, Harris early in his career served as counsel to the Subcommittee on Securities of the Senate Banking Committee and was the principal draftsman of the Securities Acts Amendments of 1975. In this capacity, he was responsible for the review and evaluation of all proposed changes to the federal securities laws and was actively involved in the jurisdictional controversies between the SEC and the CFTC related to the passage and aftermath of the Commodity Futures Trading Commission Act of 1974.

During the 40 years that Ungaretti & Harris operated before merging with Nixon Peabody in early 2015, Harris gained broad experience in financial markets regulation and corporate governance and has been a frequent speaker and writer on these topics.

“I am proud of the environment we created at Ungaretti & Harris that allowed Andie to grow into the accomplished, strong attorney she is today,” he said. But, Harris admits, the firm was not without its gender issues. “One thing that has always troubled me is that Andie’s success at the firm was not the norm. We hired nearly equal numbers of women and men over the years, but only 10 percent of our equity partners were women. It had nothing to do with education, enthusiasm or commitment to the job. Rather, too frequently, the women were not prepared to fight for the job they wanted and lacked the understanding of the dynamics of interpersonal relationships with their male colleagues and supervisors. A big part of the reason I wanted to write this book was to address this problem.”

“There are two very different kinds of gender discrimination in the workplace,” Harris explained. “The first is overt discrimination where there is an open, hostile sexism present. The second is subtle, unconscious bias where women are stereotypically classified in ways that are not fully representative of their actual talents. This second sort of bias is far harder to deal with than the first, and it is the sort of bias our book is designed to help women address.”

Because of Harris’ extensive experience in advising corporate clients, he has been able to serve as an informal adviser and trusted friend to many women professionals who often work and volunteer along side the couple. Fenton, an investment banker with over 30 years of experience, calls Harris one of her most trusted advisers.

“Everyone needs a wise adviser, someone who listens and tests your ideas, someone who helps you assess options and move forward with confidence in difficult situations. That is one of Al’s special strengths,” noted Fenton. “Al is a seasoned, thoughtful counselor who drives to the core of an issue to offer insightful, practical advice for moving forward. Once, when I was contemplating a job change, he suggested I write down a list of pros and cons ‘right now.’ I laugh now, but that simple suggestion and his discussion of my list with me made all the difference. It forced me to listen to myself, to what was important to me – and not to anyone else. Because I know how good his insights and judgment are, I know this book will be terrific.”

Acting for years as sounding boards for each other’s work, Harris and Kramer have now collaborated on 29 articles and book chapters. Their most recent joint article, an excerpt from their upcoming book, is “Taking Control: Women, Gender Stereotypes and Impression Management,” which was featured in the Women’s Bar Association of Illinois newsletter. The article gives a taste of what is to come in the book and was met with positive comments from women and men alike.

The book consists of detailed, practical advice about how women can manage the impressions they make in gendered situations. It also provides a series of specific communication techniques women can use to avoid or overcome gender bias in the workplace. Drawing on their business and professional experiences and the latest social science research, Harris and Kramer address their book to women at all stages of their careers.

“We have written this book for women pursuing high potential careers,” Kramer said. “Nevertheless, because of Al’s input, it should be an invaluable resource to help men, and the organizations they run, understand how difficult it is for women to succeed in the face of negative gender stereotypes. While we believe that structural changes in work practices are needed, we are skeptical that those changes are going to come any time soon. Our goal is to help women now, without waiting for those changes. We provide women with the tools to communicate more effectively to overcome the discriminatory effects of gender bias. With these tools, women have a real, fighting chance of achieving career success.”