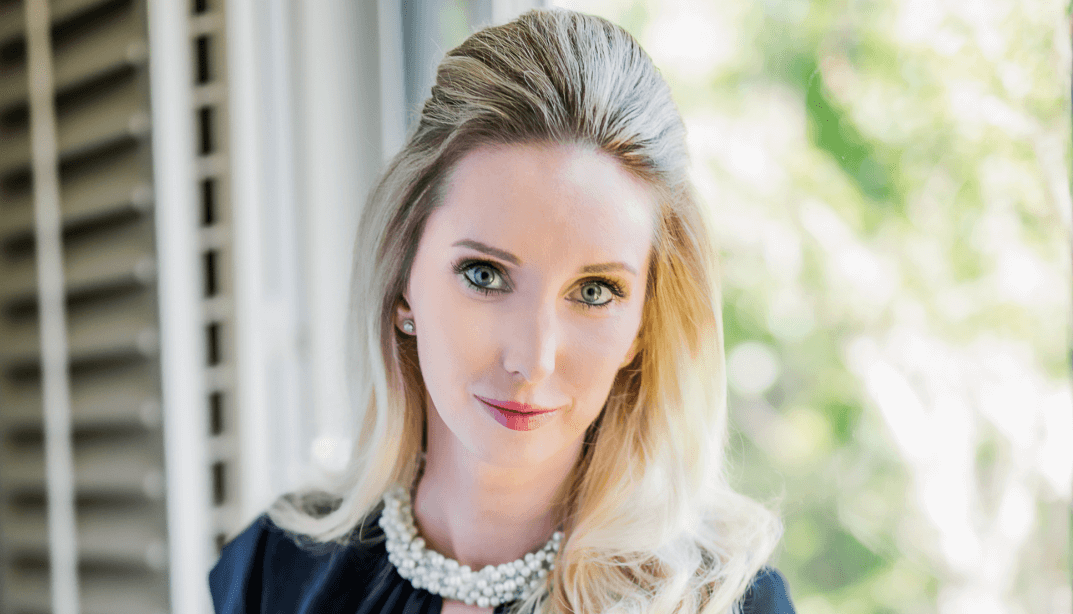 An enigmatic dynamo, as serious about working hard as she is at having fun, Angie Smith recognized at an early age that her dreams, personality, and ambition were far too potent to remain confined within the 3.1-square-miles of her small North Carolina hometown. Blessed with imagination, intellect and indefatigable drive, Smith also had two role models who taught their daughter the power of hard work and dedication.

“My dad worked in the pork production or hog business,” she says, “and my mother has worked for more than 40 years as a hospice nurse. In fact, she still gets phone calls in the middle of the night, she probably works harder than anyone I know. They are both amazing, and really inspired me with their work ethic. Not only do they both believe in hard work, they genuinely care about others, which I believe are traits they handed down to me.”

Following in the footsteps of her assiduous parents, Smith entered the workforce at a young age, working for her uncle in the family dry cleaning business after school and on weekends. “I’m so grateful to my parents for teaching me that having the drive and putting in the hours of hard work creates successful goals,” she says.

While her vision of a bigger, more exciting future was clear, Smith, like many young high school graduates, was not yet certain just what form it would take. Attending the University of North Carolina at Chapel Hill, Smith earned a Bachelor of Arts in sociology and psychology and a master’s degree in psychology, as well as (no doubt influenced by her mother’s selfless career) minoring in gerontology. While at UNC, she shined in virtually every arena including being an NCAA cheerleader, member of Alpha Kappa Delta National Honor Society, and remembered by schoolmates as a “social butterfly.”

As her undergraduate years drew to a close, Smith stood at a serious crossroads and had to finally map out her future career plans. It didn’t hurt that she had a stellar academic record to bolster her decision, having graduated magna cumlaude.

“I knew I wanted to have a lush life and do amazing things,” she says. “One thing was certain, I wanted to move away and do something with my life before I married and started having kids. I knew it wouldn’t be in medicine, law seemed like a good choice. Even if it sounds like a cliché I’ve always been argumentative, and can present a sound, logical basis for my point of view. I’ll talk to anybody about anything, I’m not shy.

“And, I thrive being surrounded by a group of people and putting on a show,” she adds with a playful smile.

With graduate school on the horizon, she decided to apply to schools that would not only fit her burgeoning interest in the law, but also offer a suitable place to call home. Ultimately, she chose Florida Coastal School of Law, based on both of these prerequisites.

When I considered law schools, I was thinking long-term. Naturally, I wanted a school located in an area in which I could see myself living and growing my practice after graduation,” says Smith. “Coastal Law is an excellent school, and let’s face it, who wouldn’t want to live in Florida? It offered me the best of both worlds, and I could already see myself making a life here.”

“When you’re graduating from law school and start exploring your options, you suddenly have to get real. You speak with your adviser and others for advice, and take a very hard look at your options,” says Smith. “The reality was there are so many law schools in Florida – and so many new graduates – and of course, there were X number of jobs and many more people competing for those spots than were actually available.

“When I looked at those statistics, I figured my first year out of law school I couldn’t afford to be that picky,” she continues. “I applied for about a thousand different positions and those I interviewed with, I kind of pared it down to a handful of possibilities. Never in a million years did it ever occur to me that I would ever do anything tax related. Although, I always did really enjoy math.”

Accepting the position, Smith soon discovered that she not only liked the company and the people, she really enjoyed the work.

“I thought it was really interesting, and I guess not what I had expected,” she says. “Somehow, I’d envisioned myself stuck at a desk all day buried in paperwork. It wasn’t like that at all, but a wonderfully interesting mixture of everything. I especially enjoyed meeting with clients. It turned out to be a really good fit.”

Throughout her years as an undergraduate and later law school student, Smith accrued ample hands-on experience in the tax field. Her natural affinity for numbers, together with her motivation and seemingly inherent strong work ethics rapidly propelled her to a level of expertise in a relatively short time.

But the small-town girl never forgot her lofty aspirations. Bolstered by her education, experience and fierce independence, in 2009 Smith boldly opened her own tax law firm. Defying the odds of commerce, TaxSmith LLC burst from the gates at a gallop and has continued to race toward continued growth and success ever since.

While Smith has left a trail of success, honors and recognition in her wake, launching her own business is unquestionably her proudest achievement.

“You might say I realized my childhood dreams,” she says beaming. “Opening my own law firm, building it from literally nothing into the thriving practice it is today, is certainly a great source of pride. It’s important to me that I did it on my own. I didn’t want or ask for help from anyone. I am too proud to ask for help and it just wouldn’t mean as much if I’d had to.

“It took a lot of hard work and sacrifice,” she adds, “but it absolutely has been worth it! Again, I have to say I owe so much to my mother who always pushed me to do my best and never settle for less. She taught me that if you want something badly enough, you’ll figure out a way to get it.”

TaxSmith is more than a business to Smith, in many ways it’s her baby. And, she says, everyone in the practice is family.

“We’re a very tight-knit bunch,” she says. “Again, I know it sounds trite to say, but in our case, it’s the truth – we’re like one big family. In fact, when one of my employees gave birth to her last child, I was not only right there with her I helped name the baby. Her kids are like my own.

“That feeling of family includes our clients,” she adds. “We have clients throughout the country and I get phone calls all the time, not tax-related, just because they want to say, ‘Hi,’ or give me the latest news about what’s happening in their lives. It’s actually kind of funny because some of these people are the same ones who originally were crying or cussing me out when I laid out what they had to do to get their finances in order. It’s like taking a bitter pill, it may not be much fun going down, but the results are well worth it and they ultimately realize this and are very grateful.”

Smith believes in the Golden Rule, and though she might be tough when advising clients on their finances she does it with compassion.

“I made a promise the day we opened our doors,” she says. “I promised to treat every client like family and always provide honest answers.”

Both inspired and inspirational, Smith grabs all facets of life with both hands, and encourages her employees to do the same. Not your typical law office, like Smith herself, the atmosphere seems to be a delightful contradiction: both lively and laid-back, while at the same time vibrating with industrious energy.

Smith plays as hard as she works and her adopted Florida home is the perfect playground. With its lively night life, warm beaches, and seemingly endless sunshine, it’s also a perfect complement to her personality. Both her future, and that of TaxSmith seem just as sunny. And, just as she always has, Smith wakes every day excited and eager to discover what new adventure life has in store.