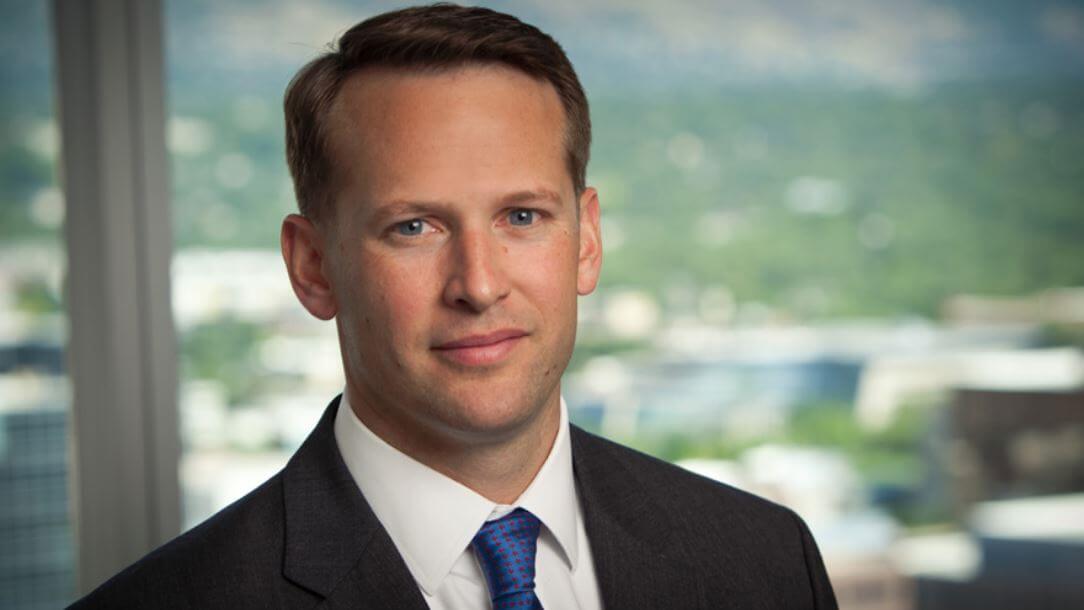 Commercial litigator Brennan Moss has wanted to be a lawyer for as long as he can remember. “My grandfather, the late Senator Ted Moss, often told me there were too many attorneys and I should look for something else. But, in the end, he loved the law and encouraged me to be an excellent advocate.”

Having grown up around many influential lawyers, Moss noticed a trend that they would continue to work beyond retirement age, beyond a concern for money. “I concluded that meant they must love their work,” he said. “It turns out that attorneys just aren’t very good at much else.”

Today, Moss has fulfilled his lifelong dream. He focuses on commercial litigation. “One of my mentors taught me that it is important to take cases that are interesting to me because it is more motivating to work on a case that is interesting than a case that just pays the bills,” Moss explained.

Mentors like Blake Atkin and David Hirschi were very instrumental in the practice he maintains today. “In addition to those two, my career has largely been shaped by other attorneys I have admired from afar. Those of particular note are George Haley, Jim Jardin, Alan Sullivan, Peggy Tomsick, Jim Magleby, Jeff Shields and Dan Berman.”

One of the proudest moments of his career thus far was when he was asked to serve as managing partner following the loss of partner Rob Reynard. “It was a humbling experience trying to fill his shoes and make sure our young firm continued to grow and move forward,” he said.

As he looks to the future, he hopes to have the opportunity to argue before the United States Supreme Court. “I would also like to bowl a 300,” he admitted. “My chances of achieving either are about the same.”

His advice to other attorneys is to prepare hard and to always be professional. “I have been surprised to find that those two things are some of the rarest commodities in our profession,” he said. “Knowing how to work hard, prepare for a case and deal professionally with opposing counsel is what leads to the greatest success.”

While Moss acknowledges the system has flaws, he agrees with what Judge Tim Hansen once told his client in a mediation, “It’s better than the next best thing.” He does hope that the solution to the billable hour will soon be discovered and implemented.

On the other hand, Moss greatly enjoys the opportunities afforded by litigation, such as learning new disciplines on a fairly regular basis. “I just finished defending a large landowner from a claim relating to the breach of a beaver dam. We had a beaver expert spend hours teaching us about beaver behavior, beaver dam construction, and the effect of beavers on the surrounding ecosystem. What other job would allow someone to learn detailed information about an obscure subject like beaver activities?”

Outside the office, Moss collects vintage audio equipment and is currently enamoured with the JBL speakers from the ’70s paired with vintage tube amps. With five young children, though, his interests are largely dictated by them. “This year it’s been all about Taylor Swift, ‘Phineas and Ferb’ and a lot of skiing,” he said.