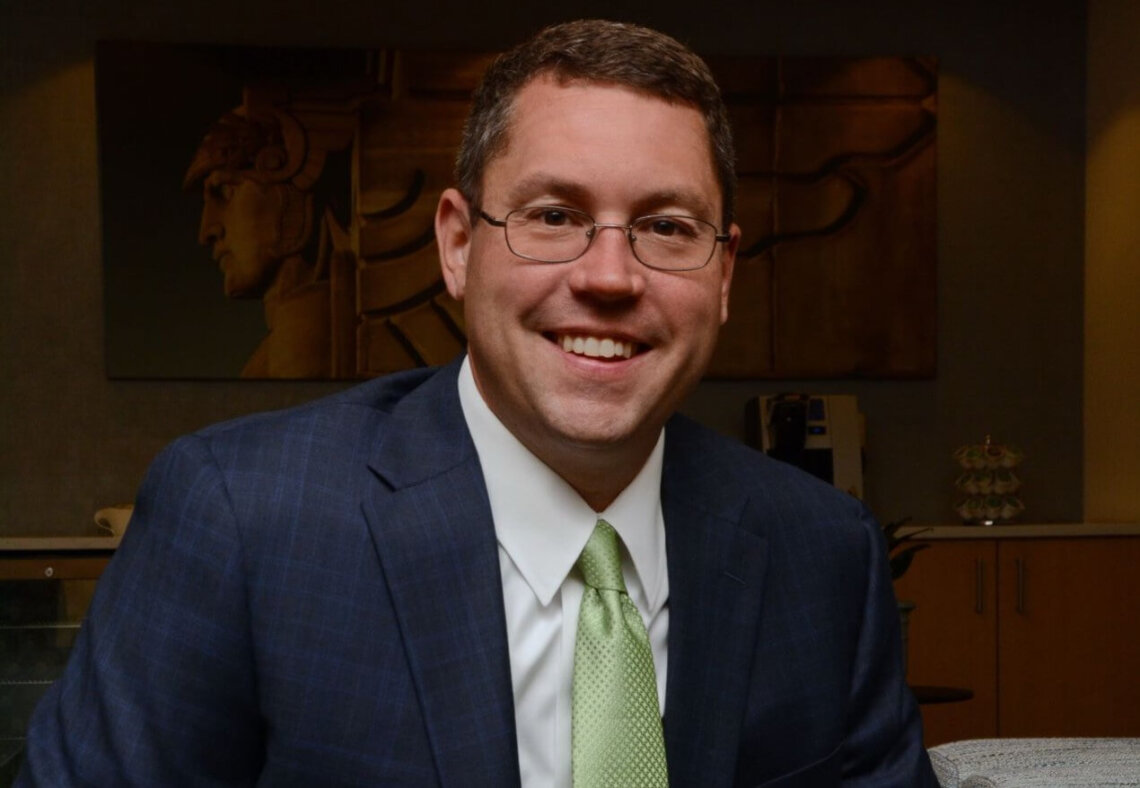 Attorney Brian Gannon, a partner at the Reminger law firm, has successfully carved out an extremely critical practice within health care law. Gannon has, for virtually all his 15-year career, focused in the areas of medical malpractice and healthcare law. Serving the very specific needs of physicians, medical professionals, hospitals and long-term care facilities, Gannon has become well versed in all aspects of medical malpractice and long-term care litigation. While his substantial skills and industry knowledge help successfully carry his clients through trial, Gannon is also recognized for his capacity to advise and represent clients in administrative and regulatory investigations and hearings.

Currently chairing Reminger’s Healthcare Law Practice Group, Gannon has attained tremendous respect and stature over the years, and has been invited on numerous occasions to lecture on various topics relating to medical malpractice and healthcare law. Because of the vast and steady success of his practice since first passing the bar, many might look to his career as one that came quickly and with ease. In truth, Gannon has never taken the easy route.

Serious and determined even as a young man, Gannon opted for the challenging coursework of the distinguished St. Ignatius High School, which emphasizes outstanding academics and “forming leaders and scholars.” In fact, Gannon fondly recalls his years at St. Ignatius as where he not only met some of his best and lifelong friends, but too, that its theology curriculum provided “a solid base of morality that has guided me throughout my adult life.”

Consistently, Gannon has relied upon his own strength of character, determination, and hard work to achieve his goals. It was while still a high school student that he first considered the idea of law as a future career. With a passion for reading and the written word, Gannon was also intrigued by the idea of using skills of persuasion. But it was the appeal of providing an important service that was most compelling.

“I’ve always been attracted by the service component of our profession,” he says. “Really, serving others is at the root of our profession. Naturally, I like to get good results, but it is just as gratifying to be appreciated by your clients for being available and providing the best service possible.”

Every attorney knows and appreciates the rigors of law school. It is an intensive course of study that’s difficult to navigate even when it’s your only or primary focus. For Gannon, attending Cleveland Marshall Law School meant taking night courses while working a full-time job. It was also during this time that he began clerking for Reminger, which he says added an important “real world” element lacking at the time in law schools.

“Law school is a lot of theory and black letter law, but not necessarily how it applies or how you use it in practice,” says Gannon. “I’m very grateful to the experience I obtained during my time clerking here. It was more like a mentorship and I was exposed to the realities of practicing law. I am happy to see however, that it seems law schools are recognizing that gap and are pushing for practical, real-world experience.

“The clerk program here at Reminger is a wonderful experience,” he continues. “You’re exposed to many different of areas of the law. You’re not just a source of labor, as the attorneys want you to understand why they’ve asked you to do research or draft a brief. The program really was central to me wanting to become a litigator and was a true springboard for me.”

As a partner at this respected Cleveland firm, Gannon has had the opportunity to view this situation first-hand from the other side, serving as one of those in charge of hiring clerks. “I was able to appreciate how law schools have changed since I attended back in the early 2000’s,” he says. “It’s apparent that they are trying to expose students to the real world practice of law by incorporating various internships, externships and legal clinics.”

His own time as a clerk proved extremely productive and even helped guide his interests towards the field he now serves.

“I was asked by some members of the medical malpractice group to work closely with them on some of their cases as part of Reminger’s mentoring program” he adds. “So, I began doing a lot of medical malpractice defense work, and over the years developed a network of physician clients and healthcare providers. I started receiving calls from individuals who had issues with the state medical board, nursing board or whatever board it might be.”

And so, it went. Gannon’s practice has flourished steadily ever since. Naturally, after passing the bar, it seemed inevitable that he would make his professional home with the firm where he had attained so much experience and camaraderie.

It’s one thing to find your own niche in this world, quite another to achieve the kind of stellar reputation and level of confidence from clients that Gannon has achieved. Again, hard work and perseverance come into play. The medical field is complex and detailed, so in order to fully and competently represent his clients, this diligent professional must immerse himself in the science, and have a working knowledge of the mechanics involved.

“Many of my cases deal with medicine,” he says, “and I’m not a doctor or a nurse so it’s oftentimes challenging to learn the medicine in a particular fact-pattern. Once I have a grasp on the medicine I then assess the risks to my client and offer recommendations whether to push forward toward trial. If the decision is to try the case, I need to communicate complicated medical facts to lay jurors. It’s imperative that I communicate these complex ideas in a way that jurors can clearly understand.”

“As my practice has grown, I have represented more and more medical professionals before various licensing boards and hospital committees,” Gannon adds. “I’m able to draw upon my background as a medical malpractice defense attorney to have a solid understanding of the day-to-day practice and business of medicine.”

The record speaks for itself. An accomplished trial attorney, Gannon successfully guides medical professionals through malpractice lawsuits that count among the most threatening and stressful within the litigation world. His work is not only appreciated by the numerous medical professionals he serves, but by his colleagues as well. Among the many honors, Gannon has been recognized by Best Lawyers in America for Medical Malpractice and a Rising Star by Ohio Super Lawyers Magazine.

Regardless of how intensive his work is, Gannon is far from one-dimensional. Married to his equally talented and professionally accomplished wife Jaclyn, now for 14 years, the couple are raising their three children, 12-year-old Paige and sons Patrick and Jack who are nine and seven respectively. And, as dedicated he might be to his ever-expanding practice; family comes first for this well-grounded man.

When asked what he considers to be his greatest achievement he responds, “First and foremost being a good husband and father, I feel very blessed.”

He also expresses his admiration for his wife and her endeavors. “Jaclyn is also an attorney,” he says with pride. “After serving as a prosecuting attorney for the City of Cleveland for many years, she’s now a successful realtor.”

When time permits, you might find Gannon on the links, frequently accompanied by both Patrick and Jack who appear to be developing a love for the game as well. It’s a relaxing sport father and sons share along with many other family outings.

Obviously busy with demanding careers and three young, active children, both Brian and Jaclyn still find time to stay involved within their community, particularly close to home in Avon Lake. They are active members of the St. Raphael’s Parish where their children also attend school.

Gannon has even played an integral role in establishing the Irish American Law Society of Cleveland, which he admits with candor, provides not only support and service to his profession but provides a welcome and genial outlet to celebrate his Irish heritage and to socialize with wonderful people. In fact, he’s eagerly looking forward to an upcoming trip to Ireland where he will attend the Society’s International Symposium.

Ultimately, an interest that sparked in his teens has led Gannon to a very successful career and a full and active life. Ever modest, the accomplished attorney is quick to acknowledge those who have helped him along the way.

“I appreciate the leadership here at Reminger, particularly our managing partner Steve Walters and the chairs of the Medical Malpractice department, Bill Meadows and Jeanne Mullin. I’ve been able to rely on them for any concerns, but at the same time they’ve given me the independence to grow my practice.”