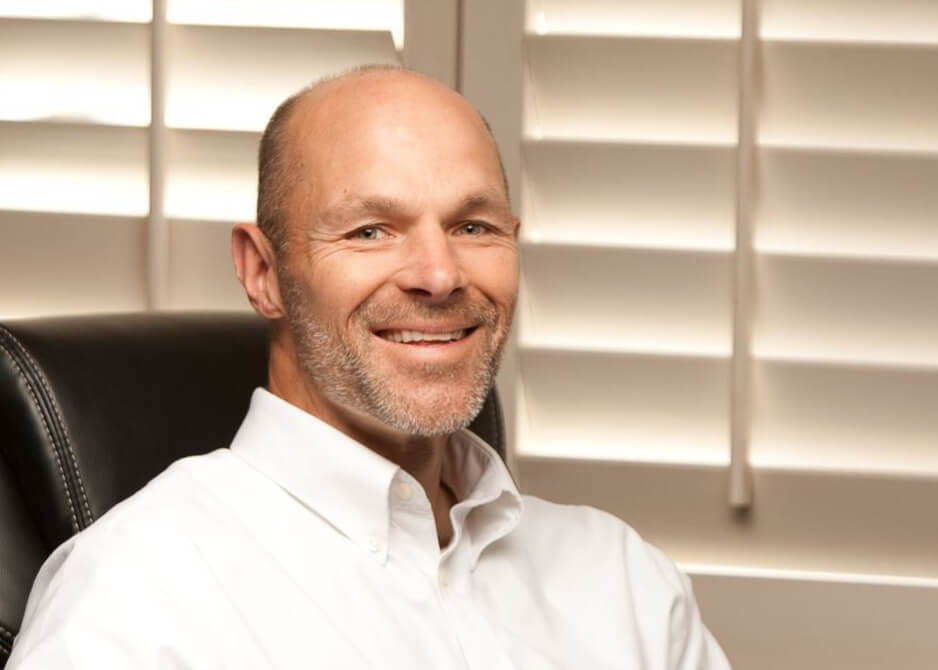 Christopher J. Zachar prides himself on Zachar Law Firm’s proactive and aggressive approach to litigation. He believes first and foremost that if you’re not willing and/or capable of taking a case all the way to trial, then you’re not providing the quality representation necessary to best represent your client. His reputation is that of a highly skilled litigator who believes that it’s imperative to be willing to do what is needed to fight for his client.

One of the most important actions is being willing to file lawsuits in personal injury cases. However, Zachar points out, this does not seem to be the norm anymore for many personal injury law firms.

“If you’re not willing to file the lawsuit in the tough cases and be prepared to take the case to court, you’re usually not going to get a fair offer from an insurance company,” he says. “That seems obvious, yet as time goes by, I’ve learned that there are fewer and fewer personal injury law firms that actually file lawsuits. They might advertise that they’ll fight for your rights, but in reality, they have no intention of filing a lawsuit. It seems now that the norm is to take the last best offer from the insurance company and make the client believe that it’s as good as they can do. Then, they move on to the next case.”

Zachar, who has been practicing for more than 25 years, has never varied in his earnest and dedicated efforts in representing clients. His beliefs and philosophy are reflected in the work of everyone at Zachar Law Firm. This long time, well-respected personal injury law firm in Phoenix boasts a roster of professionals who are ready to help clients recover full and fair money damages for injuries and losses suffered as a result of an accident. Zachar, an Arizona State Bar Certified Specialist in Personal Injury and Wrongful Death law, understands the frustration people face following an injury-causing event. On this front, Zachar has built his firm with a team that shares a driving desire to seek justice.

While Zachar Law Firm has remained true to its commitment to employing proper strategies and exploring all possible legal avenues on behalf of its clients, the firm maintains an understanding of what has increasingly become the norm in personal injury cases.

“Here’s the way the profession has evolved,” says Zachar. “Some personal injury firms are big advertisers, spending hundreds of thousands or millions of dollars a year on advertising, and they bring in a ton of business, but they don’t spend the money to employ qualified litigators and staff to get their clients the best resolution. It is not their business model, and the sad thing is that their clients don’t know the difference.

“They bring in 100 or more cases a month,” he continues, “which is a lot of injured people coming in the door and a lot of people to refer to the medical providers that they work with, which gives them a lot of leverage with those providers. As a result, they have developed a standard practice model: They will accept a low-ball offer from the insurance company, and then negotiate down the medical bills to make that offer work. You think insurance companies don’t know this? Of course they know this. Insurance companies also know that in today’s climate, they get let off the hook from having to pay fair settlement money in a great deal of personal injury claims, because the attorneys value a quick settlement over a fair settlement.

In light of all of this, it should come as no surprise that many of Zachar’s cases come as referrals from other law firms, many of them personal injury law firms. They know that Zachar Law Firm still believes in litigation and is willing take a case to trial when necessary.

This Phoenix law firm instills confidence through preparedness, accessibility and knowledge. Although many Phoenix personal injury claims settle early, Zachar Law Firm and its attorneys are fully prepared to file lawsuits to get better results. Zachar has built his firm with the attorneys and staff necessary to do just this. The firm’s approach is to pursue appropriate compensation for each personal injury or wrongful death claim and ensure not only that the client understands the process the whole way through, but also that they get the best result under all circumstances. That means different tactics and different decisions for each case, but Zachar Law Firm is never hesitant to file a lawsuit if the offer is just not fair.

WHY WORK SO HARD?

If the current business model of ‘settle fast and move on to the next case’ is one that seems to be gaining popularity every year, why does Zachar choose to take the more work-intensive and costly route in his approach to representing personal injury victims?

“I’m just a good, hardworking Midwestern boy,” he says with a grin. “I’m honest and I treat everyone the same: clients, adjusters, opposing counsel and their witnesses. I’m pretty sure most of my clients would be concerned if they saw how I actually treat defendants and their attorneys during depositions and hearings. I just don’t believe that you have to be a jerk to be effective. Some attorneys believe that and I’ve never understood it. It’s just my personality and it’s how I was raised.”

“There is tremendous personal satisfaction in digging in and really putting forth your very best effort on behalf of someone who has already been victimized and has experienced a lot of suffering,” Zachar adds. “I love what I do. I believe I’m good at what I do and that the attorneys and staff at Zachar Law Firm are good at what they do. We have a very good team here, for all types and sizes of cases. When a case is resolved and our client expresses their appreciation for all the hard work that’s gone into his or her case, we know that we have done something right. When that client later refers their friends and relatives to us, it proves that doing what’s right really does matter.”

HOW DOES A CLIENT KNOW THE DIFFERENCE?

Despite his concerns about growing trends resulting in lower settlements and fewer jury trials, Zachar is quick to compliment and express his admiration for his fellow attorneys.

“Notwithstanding the new norm, there are still very good attorneys and law firms in Phoenix who will fight for their clients. I know most of them and have a great deal of respect for my profession. The difficult thing for accident victims is being able to tell the difference between a firm who will actually fight for your rights, and a firm who just says it will.”

Zachar believes one of the best ways is to do your research online and look at the law firm’s reviews. “Firm websites can say whatever someone wants them to say, but actual client reviews are a different matter.”

“Before trying a new restaurant, you look online to see what their customers have to say about it. That is just one meal. Why would you do any less when you are looking for an attorney to represent you for your personal injury case? You should want to know what their previous clients have to say about their experiences. Look for the firms with perfect five-star ratings and read the reviews. Look for a certified specialist in the area of law you need. Then make your choice.”

The world of law was not the course Zachar originally chose. When he first entered college, it was with the intention of becoming an accountant. It didn’t take long for him to realize that was not the best choice for him.

After talking to a friend who was in law school at the time, Zachar started thinking that perhaps a legal career was more suited to both his personality and skillset. “Once I considered becoming a lawyer, I became very focused,” he says. “My only concern was the expense. I didn’t have anyone to help me with that.”

Zachar did not let money become an obstacle. Falling back on his work ethic, he simply squeezed every minute out of every day: attending classes, studying and working full time to put himself through school. He was accepted into law school in Chicago and finished his first year ranked fifth in a class of 310. That was enough to get him accepted to the University of Arizona College of Law, where he completed his law school career and graduated.

In fact, even with the numerous multimillion-dollar verdicts he has won over the years and the good results in cases he’s accepted when no one else would, Zachar says his proudest achievement was putting himself through college and law school – to provide him the opportunities he now encounters on a daily basis.

After graduating from law school, moving to Phoenix and beginning his career, he met Michelle. When they were introduced, Michelle’s first words to him were, “I like attorneys!” (Michelle’s dad was a life-long Phoenix attorney.) Zachar laughs and says, “You just don’t hear that very much.” The couple married a few years later and have three children: Tommy, Macrina and Danielle.

Known for his early to rise mentality with his seemingly boundless and consistent energy, Zachar says that he’s as passionate about his work today as he was on day one.

“I remember about 10 years ago a friend of mine told me I wouldn’t be able to maintain this level of energy,” Zachar says with a smirk, “but I don’t feel that I have slowed down at all. When you love what you do and feel that passion, it’s not a question of finding the energy or motivation – it’s just there.”