Dwane Cates: Going 800 Miles an Hour With His Hair on Fire 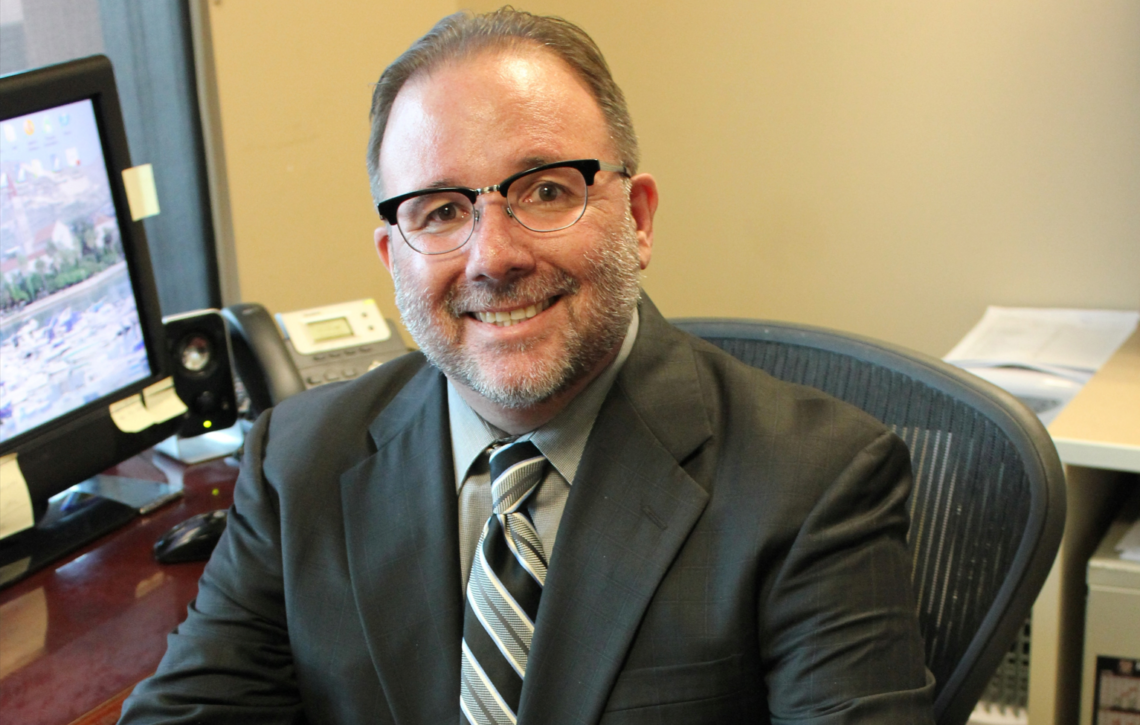 “I’m an unusual person, I don’t do things the way everyone else does,” says certified criminal law specialist Dwane Cates, “so I started my own law firm right out of law school. If you do things like every other attorney, you will be an average attorney.”

That bold decision was 25 years ago. Today his face and thoughtful commentary are as familiar to TV viewers across the country as to those tuning in locally to follow the latest headline trial. Having earned a reputation for not only his insights and in-depth analysis but also his polished, professional delivery, Cates is the go-to expert for the country’s most prominent news outlets. He regularly appears on the Nancy Grace Show on HLN, In Session on TruTV, Happening Now on FOX News, and other cable news shows on CNBC, FOX Business, CNN and local news in Phoenix. He also is a frequent guest on various radio shows around the country discussing various legal topics.

Viewing his career from the outside it might appear that Cates just glides from one success to another, whether it be in the courtroom or in front of a camera. But this is a serious professional who is continually seeking ways to enhance his already vast knowledge and experience with classes, seminars and even one-on-one coaching.

“I go to tons of CLE classes,” he says, “and I also belong to the National Association of Criminal Defense Lawyers and attend or download at least two or three of their seminars every year. Each seminar is 15 hours, and these are the best of the best. I spend a significant amount of time studying my craft and honing my skills. I want to be the person who has the answer when someone asks a question.”

This is a habit Cates formed early in his career when he was taking on cases of every variety. When he first opened his practice, he handled numerous family law cases and, in an effort, to elevate his knowledge in this arena began taking virtually every family law CLE class available. In fact, he became so proficient that there were times when the instructor might be stumped by a question and would turn to Cates for the answer.

Likewise, when it became apparent that he was a favorite among national and local news outlets for discerning commentary, Cates turned to two-time Emmy Award winning journalist Fred Francis for special coaching on handling the media. This proved helpful not only when called upon to comment on other cases but also during Cates’ own high-profile cases.

“I’m an unusual person, I don’t do things the way everyone else does.”

“So many people just sleepwalk through their profession,” says Cates. “They’ll take just the minimum required CLEs and go to the same one every year, which is typically a beginner’s class, and end up sleeping through most of it. It’s important to work at what you do.

“I have a murder trial coming up,” he adds, “so I just signed up for a seminar in Austin about what a jury’s thinking and how to work with juries.”

The classroom isn’t the only source for Cates’ impressive, nearly encyclopedic grasp of the law and all the intricacies it entails. Every life experience has been carefully filed and retained for use at some point in his career. From his early years growing up in Wyoming where he says, he was a cowboy, through his experience as a car salesman, and even his battle with alcoholism and his sustained recovery have fed into the vast vault of experience that he still calls upon.

Driven by a zeal for justice and a compelling need to be in the thick of things, Cates describes himself as “an adrenaline junkie going 800 miles an hour with my hair on fire.”

With a sincere passion for his work, Cates says his clients are always on his mind. “I wake every day knowing I’ve got dozens of people tied to the railroad track,” he says. “Trains are coming at all of them. So, from the time I start going in the morning I’m jumping from person to person to person who are tied to these tracks and I’m trying to either slow the train down, stop the train, get them off the tracks or trying to divert the train. I’m trying to do something every day. Sometimes I get them off the tracks, sometimes I slow the train down so it doesn’t hurt as much and some days the best I can do is just hold their hand while the train comes. That’s what the life of a criminal defense attorney is like.”

There has to be some release with pressure like this and Cates says that even though it’s only once a year, he and his wife make the most of it.

“Every year, my wife and I spend about three weeks on the Mediterranean,” he says. “We are both certified captains, so we charter a boat ourselves, no one is taking us, it’s just the two of us. We do some parts of Greece but mostly we focus on Croatia. I basically work all the time so I just save up all the weekends I should have taken off and spend them all at once.”

While today he is recognized as one of the nation’s leading criminal law specialists, Cates is still very active and, among other things serves as of counsel for the firm and makes himself available to advise attorneys across the country on complex cases.

“I am now of counsel,” he says, “I am taking on all high-level felony cases.”