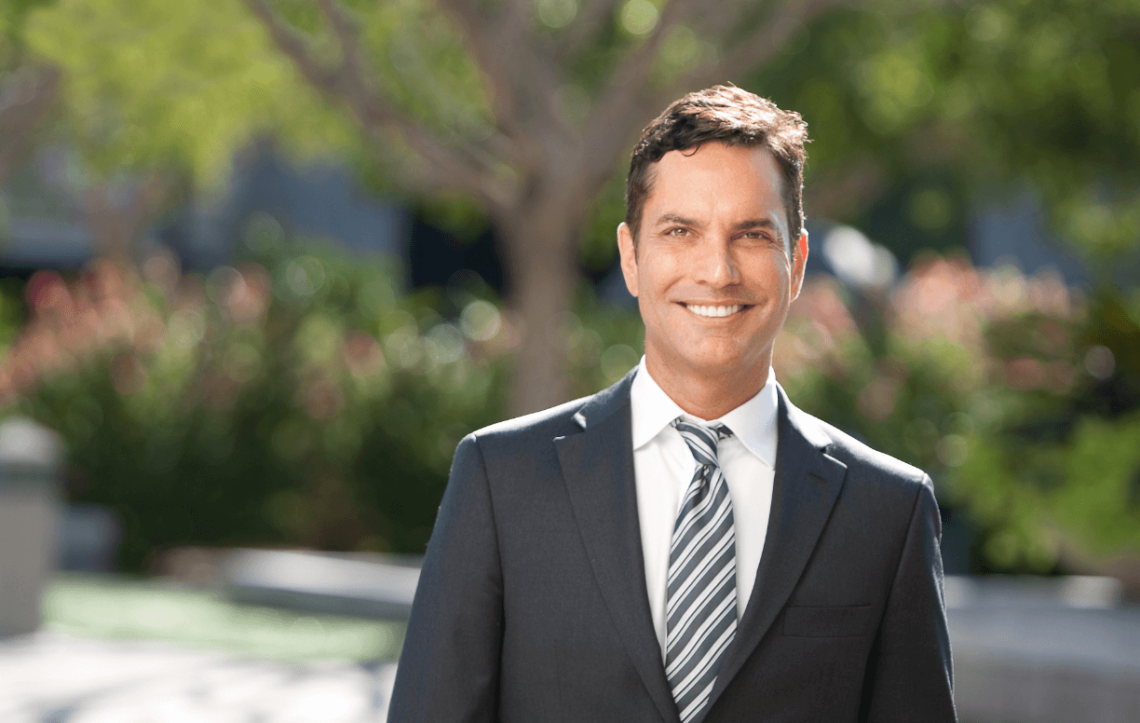 When Ed Comitz and Mike Beethe left a large Phoenix firm to establish a specialized boutique practice, their goal was to emulate the efficiency and success of a big firm while leveraging the collaboration and flexibility of a small firm environment. “We wanted a practice that encouraged sharing ideas in a collegial environment based on trust,” says Comitz. “We knew up front that we wanted to focus on strategy and outcome, not billable hours.” With its unique approach and atmosphere, Comitz | Beethe provides widely acclaimed knowledge and skills to clients across the country, especially in its disability insurance practice, led by Comitz.

Comitz’s practice focuses on representing physicians, dentists, attorneys and other professionals with private disability insurance claims. This includes obtaining his clients’ initial payment, ensuring ongoing coverage, overturning claim denials, and litigating bad faith. Why did Comitz decide to focus on such a particular area? “When I initially heard what was going on in the disability insurance industry in the ’90s, I knew there was a need that wasn’t being fulfilled,” Comitz says. “I immersed myself in studying industry practices in the private block of disability. The more I learned, the more troubled I was by the lengths to which some of these companies were going to deny legitimate claims, especially for health care professionals.”

Comitz explains that throughout the 1980s and early 1990s, disability insurers aggressively marketed and sold “own-occupation” policies to doctors and lawyers. “Then market interest rates plummeted, and these policies turned into a bad block of business, set to cost the industry hundreds of millions of dollars.” In order to combat these losses, Comitz says, companies developed internal methods for denying as many professionals’ claims as possible.

“Companies were doing things like giving out awards to analysts who terminated the most claims and circulating lists of doctors that could be guaranteed to find a claimant not disabled,” he explains. These practices started coming to light in bad faith lawsuits against UnumProvident, once the largest individual disability insurer in the country. “Ultimately, UnumProvident was subject to a regulatory settlement agreement that ordered it to stop some of these practices,” says Comitz. “But that didn’t change the culture of the industry. In today’s economy, insurers are still fighting to maximize profits. I’ve found that these practices haven’t gone away – they’ve just become more difficult to detect.”

Though Comitz quickly developed a reputation for his industry knowledge, it was a personal experience that cemented his interest in the practice niche. “I suffered a severe neck injury while attempting to surf years ago,” Comitz recounts. “I tried almost every type of treatment available, but I was still in an overwhelming amount of pain.” Comitz eventually required an emergency multilevel discectomy and fusion in his neck. While he’s improved since then, he still has pain and limitations to this day.

According to Comitz, this experience gave him a unique perspective on the struggles of professionals coming to terms with a potentially career-ending disability. “A lot of my clients have conditions similar to mine. They’re in intractable pain, they’re scared, they’re overwhelmed. I know if I’d been a physician or a dentist like them, I wouldn’t have been able to practice. The physical stamina and precision those professions require, along with patient safety concerns, simply wouldn’t have allowed it.”

“Ed is so committed to his clients partly because he’s sympathetic to limitations that others don’t fully understand,” Beethe says. “From a practical perspective, Ed has firsthand knowledge of how injuries and chronic conditions progress and how your work can be affected. Other than the fact that he just knows so much about the industry, I think his personal experience with injury is a big reason why so many of our clients are drawn to him.”

As the disability insurance practice grew, Comitz | Beethe brought in associates to learn directly from Comitz and help manage the cases. “I really enjoy teaching and working with our other attorneys,” Comitz says. “We staff every disability case with three attorneys, and we all work together to develop creative solutions to attain optimal results.” Comitz is known for his commitment to mentoring new lawyers and for giving them handson opportunities.

“I knew I wanted to work with Ed after working with him as a summer associate,” says attorney Karla Thompson. “While a lot of my classmates sat in cubicles writing memos all summer, Ed invited us to participate in strategy meetings and offer our own insight. Being able to work so closely with such a sharp, experienced attorney has been absolutely invaluable.”

Comitz and his team pride themselves on managing every aspect of their clients’ claims, from the moment a client thinks he or she may need to file for benefits. “Ed has essentially built a practice where a client can hand over their claim and never have to worry about it again. He’s one of the few attorneys I know who’s so on top of every single aspect, every possible risk,” says firm member Patrick Stanley.

“Industry knowledge, organization and attention to detail are key,” Comitz says. “You only have one shot at the claim, and it’s hard enough to secure approval of benefits without making errors. On more than one occasion, we’ve had to explain to potential clients that there’s nothing we can do for them because they’ve unknowingly defeated their claim before coming to us for help.”

Comitz explains that every case requires “meticulous document review from all sources. We have to know everything about our clients, backwards and forwards, including their policies, all of their medical records, employment contracts, CDT or ICD-9 codes, tax returns, interview their employees and spouses, and more. We also have to know about each particular company, including the critical and complex components of its claim management, its actuarial expectations, its underwriting standards, risk management approach, and, of course, client expectations about particular products.”

Once the insurer approves a claim, the work is far from done. “Many insureds mistakenly believe that claim approval is the end of the process,” notes Comitz. “In reality, it’s only the beginning as companies change their orientation to claim duration, and for them, that means a quick recovery and return to work. And the best way for companies to get there is through what they call early intervention, the development of information early in the claim that will be helpful to achieving the desired outcome.”

“Every claim requires constant attention in order to avoid termination. For example, we have to provide regular documentation, detailing the client’s ongoing symptoms, treatment, employment status, outside activities, and the like. We also have to constantly monitor our clients’ social media presence to make sure an insurer doesn’t take something out of context and try to use it to terminate benefits. We have to consider and respond to insurers’ requests for medical and vocational evaluations, neuropsychological testing, functional capacity testing, in-person interviews, as well as respond to overly aggressive surveillance.”

By far, though, the biggest challenge associated with disability claims is the 460-page Employment Retirement Income Security Act (ERISA). “Claims administered under ERISA can be a nightmare for insureds. There are no bad faith damages; you have to undergo a series of claim appeals before initiating a lawsuit; court review is limited to the administrative record and often extremely deferential to the insurer,” says Comitz. “Worse, courts use various standards and definitions in interpreting the regulations, so there’s this pool of law that can have completely opposite holdings on similar facts. I’ve heard attorneys describe ERISA as a Frankenstein law because it’s made up of so many mismatched rules.”

Comitz says it’s vital to determine at the outset whether a claim is subject to ERISA. “What people don’t know is that even private disability insurance policies may be governed by ERISA depending on factors unknown to our clients, and once a claim is governed by ERISA, it is always governed by ERISA. Far too many times, I’ve consulted on legal malpractice matters where the attorney didn’t correctly interpret the statute and its regulations. That kind of mistake can completely ruin your chances on a disability claim.”

Despite the many challenges of the practice, Comitz is passionate about what he does. “It can be very fulfilling to help clients navigate the minefield and obtain the benefits they need to make it through the life-changing events that accompany a disability,” he says. “The insurance companies fight tooth and nail to avoid paying, often over several years. Even clients who are being paid benefits have to submit to evaluation every month. That means we’re meeting with all of our clients on a regular basis, frequently for years.”

Comitz says he and his team end up developing meaningful relationships with clients in the process. “It’s one of the most rewarding aspects of my practice. Over time, they become like family.”