Jamaal Jones: The Making of a Maverick 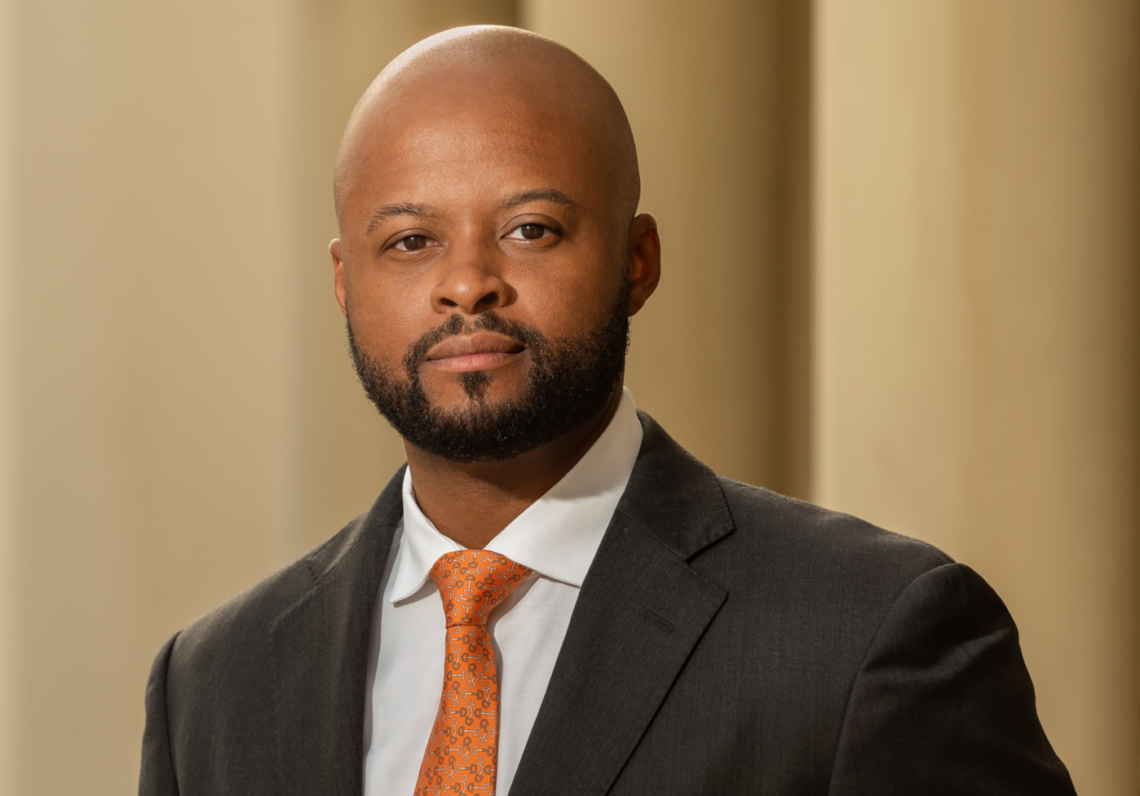 “I’m very much a maverick. I see a challenge and meet it head on,” says health law attorney Jamaal Jones. “I love it. I feel like I’m always trying to prove something to myself. Always striving to be better.”

This attitude is evident in his practice. Award-winning, and highly respected by his peers, Jones sets his own pace, and that pace seems to always be on over-drive. Jones is the principal attorney for Jones Health Law and has extensive experience representing healthcare providers, healthcare facilities, and healthcare entrepreneurs in their various transactions and state/federal regulatory compliance matters throughout the state of Florida. Jones’s transaction practice focuses on business formation, medical and dental practice acquisitions and contract drafting and review. Jones routinely advises his clients on matters relating to HIPAA, HITECH, Stark Self-Referral, Florida Patient Brokering Act, False Claims Act, and Anti-Kickback Compliance.

His passion for health and law has led him to write numerous scholarly articles, appear in videos discussing healthcare issues, and serve as a panelist in speaking engagements. During the COVID-19 pandemic, he started a podcast where he interviews various types of healthcare practitioners.

From Pre-Med to Pre-Law

Interestingly, Jones initially embarked on a path to become an anesthesiologist, but he was self-aware enough to realize that might not be the best fit.

“I considered attending medical school during college and even briefly majored in biology,” he says. “But after volunteering in several hospitals in the Baltimore area I realized that I didn’t want to spend my days in a clinical environment. I wanted to be involved in healthcare in some way, though, and that’s when I began considering law. Once I began researching law schools, I discovered that there were very few in the country that had a concentration in health law and only one of them was in the great State of Florida, so it didn’t take much for me decide that’s where I wanted to go.

“I love everything about this state,” he says, “the climate, the lifestyle, I mean how can you argue with warm weather and flip-flops in December? Fortunately, I was accepted into the program and there was no looking back!”

As much as he enjoys his adopted home in Florida, Jones is also very proud of his hometown and his experiences growing up.

“I’m originally from Brooklyn, New York, and very proud of that,” he says. “One of the reasons I’m so proud is because growing up in Brooklyn is tough and being from there builds character. It takes a certain type of person to make it. Also, Brooklyn is not homogeneous. It’s a melting pot of different races, ethnicities, religions, sexual orientations, and I had the opportunity to be exposed to all of that at a very young age. I grew comfortable being around people who were unlike myself, and I believe that this exposure has helped me in my professional career.

“You know, in New York you can have on one block a Dominican restaurant, Guyanese restaurant, an Italian restaurant, or just about any kind you can imagine,” he adds. “It made me feel more worldly and cultured even though I didn’t travel much at the time. In fact, these encounters motivated me to want to travel and see the world. Diversity is a beautiful thing and I’m happy that I grew up in Brooklyn and got to see that.”

When the term healthcare crops ups in any legal sense, there is frequently a misconception about this highly specialized field. Certainly, Jones sees his share of professionals working in the field but not in the way many might expect.

“Many people assume that health law means medical malpractice,” says Jones, “but that’s on the periphery of health law as it’s not important for attorneys in those cases to know much about certain foundational healthcare regulatory laws, such as the Affordable Care Act or the Anti-Kickback Statute on a granular level.”

Health Law is broad and interdisciplinary term used to describe an area of legal practice by which certain local, state and federal laws, rules, regulations and other jurisprudence regulate individuals, the health industry, and the delivery and financing of healthcare services. Health law issues are often analyzed in conjunction with areas of law such as corporate law, tax law, environmental law, administrative law, elder law, and others, so it is important for any healthcare lawyer to be familiar with these areas as well.

Jones serves as the secretary of the health law section of the Florida Bar Association, which puts him in line to be the chair. His continued involvement with various entities within the legal community have made him an integral part of the progressive movement towards more diversity and inclusion.

“We’re living in an age where there are still a lot of firsts for African-Americans in this country and as it stands right now, I’m the first African-American to hold that post,” he says with pride. “And, when I am elected chair, I’ll be the first person who identifies as African-American in that position as well. That’s something that’s really important to me just because I’m breaking down that barrier.”

With all his legal community obligations, it’s somewhat surprising that Jones still has time to volunteer, which he does with great enthusiasm.

“I recently hit the seven-year mark being a big brother with the Big Brothers Big Sisters program, and I’m very proud of that,” he says. “It’s a program that I’ve always believed in and continue to support because I have seen the amazing results firsthand. Mentorship is key to setting the next generation up for success.”

There’s even time for romance in this busy attorney’s life. What’s really fascinating is that his girlfriend, Keiana Chisholm, is a fellow Brooklynite yet the couple met in Miami.

“She came into my life when I least expected it and has just enriched it in so many ways,” he says. “I have a life partner, it’s more than just a romantic relationship. The things that we can talk about, she’s motivated me to be a better person professionally and as an individual.

“She’s a professional, ironically she’s a software architect consultant for large health systems and she’s also CEO and founder of STEM Kidz, an online educational toy store that she created in 2020,” Jones continues. “It’s crazy how things line up, her being from Brooklyn as am I, her being in the healthcare industry, and her parents, like mine, are from the West Indies so it’s kind of amazing that we found each other. It’s pretty perfect.”

Jones goes on to say that as a couple they enjoy traveling, so much in fact, that he is currently in the process of getting his pilot’s license so they can have even greater freedom in their frequent trips. They have also talked about plans for the future.

“Keiana and I have talked about starting a family,” says Jones, “that’s the one thing we haven’t done yet, and family is very important to us.”

As Jamaal Jones continues to build his future within the practice of law and with Keiana, his goals will continue to be challenging and aggressive as he lives up to his maverick reputation.