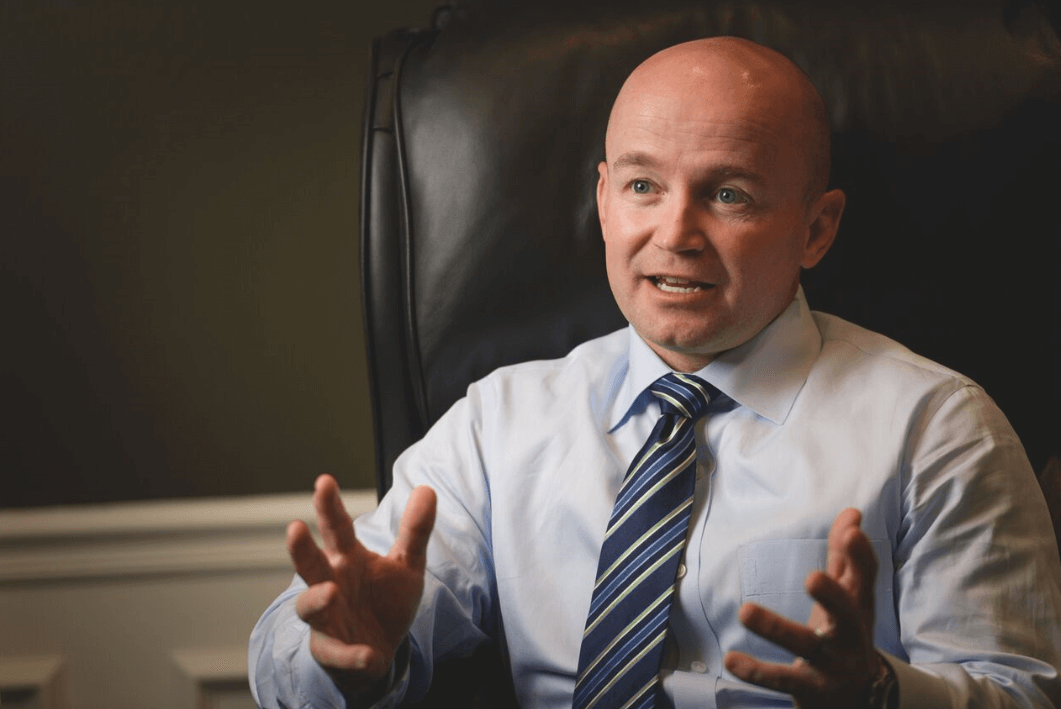 It was 2001 when Jeff Metler made a monumental decision – he would go back to school to pursue a law career. At the time, he was juggling a career in his family’s real estate construction business, real estate sales, as well as a growing family.

His interest in law had been sparked while he was handling real estate deals for the family business. He noticed how the nuances of contract language impacted a deal, and realized how much he wanted to make sure that all parties were represented fairly.

Although Metler’s intention after graduation was to specialize in real estate law, life intervened and took him down a new path. Today, Metler has built a strong and thriving practice focusing on personal injury and wrongful death cases.

“My initial intention was to come back and handle real estate cases,” he explained. “But once I was back, I was asked by a friend if I could come in and advise their board of directors on a few issues.”

The organization was the Utah Chiropractic Physicians Association, and during that initial board meeting, one of the main members was so impressed with Metler that he made a motion on the spot to make him their general counsel. Metler said yes, the organization voted, and from that time on, he has served in that role.

It was that position which set a new career focus in motion. As Metler developed relationships with chiropractors and other types of doctors, his practice evolved. He found a niche with personal injury and wrongful death cases, and realized how much he enjoyed the fact that he could truly make a difference in people’s lives.

The Founding of MHM Law Offices

As word of his expertise and approach to cases spread, his reputation and the word-of- mouth referrals grew rapidly. In 2005, he joined with Paul MacArthur and Bill Heder to form MacArthur, Heder & Metler, PLLC, a firm dedicated to practicing law with integrity.

“I treat people as a person, not a file number,” he said emphatically.

“We are all like-minded attorneys and just really good individuals who are down-to-earth and competent in each of our areas of expertise,” he explained.

In addition to wanting to help others, Metler truly empathizes with many of their struggles. When he was younger he had spent two years in a wheelchair due to Legg-Calve-Perthes, a hip disease.

“So when people have medical struggles or frustrations, I can tell them I truly understand. I get the struggle, the pain, and when I see people struggling and hurting, I want to help them.”

Making a Difference in His Clients’ Lives

Yes, there are big cases. There was the family that was involved in a massive head-on collision, where the insurance company told them they only had $250,000 available to compensate the family. However, when Metler stepped in, he found and obtained an additional $1.3 million above that.

But there are also the smaller ones.

“I think my favorite case ever involved representing an 82-year-old grandma,” Metler said. “She had been involved in a simple rear-end accident and had whiplash. She had straightforward medical bills. She was being harassed and threatened by the insurance company and they were saying they weren’t going to pay those medical bills. When she came in for her settlement check it wasn’t anything huge – it was only about $2,500. But when she came in, she teared up and shared that she was now going to be able to quit her second job and would be able to replenish her food storage. We went back and ended up destroying the check and I cut my fee and gave her more.

“At the end of the day, it’s seeing how you can change someone’s life. This woman was 82 years old and frightened, she couldn’t pay her medical bills, and was working two jobs to try to cover it. At the end, she received probably $4,500, which changed her life. That was probably one of my favorite all-time cases.”

Whether a case is big or small, Jeff Metler just enjoys being able to help others.

Metler has also made an impact in physician- client relationships. He has worked with physicians to educate them regarding client payment times, teaching them that when people are in accidents, most don’t have the money to immediately pay their bills within 30 days.

In addition to personally empathizing with his clients, Metler cites the fact that he is a Utah native as a positive in his career.

Jeff Metler’s dedication to his clients has garnered him many accolades. In both 2013 and 2014, Metler received the Client Distinction Award through Martindale-Hubbell. Also, in February 2012 and 2013, he was named one of The National Trial Lawyers Top 40 Under 40 for Utah. He has been honored as one of Utah Valley Magazine’s Top 40 Under 40, and in 2008, had been named an Up and Coming Attorney in Utah Business Magazine. He was also the president of the Central Utah Bar Association from 2008 to 2009, is a member of Utah Trial Lawyers Association and American Trial Lawyers Association, and continues to be a general counsel to the Utah Chiropractic Physicians Association.