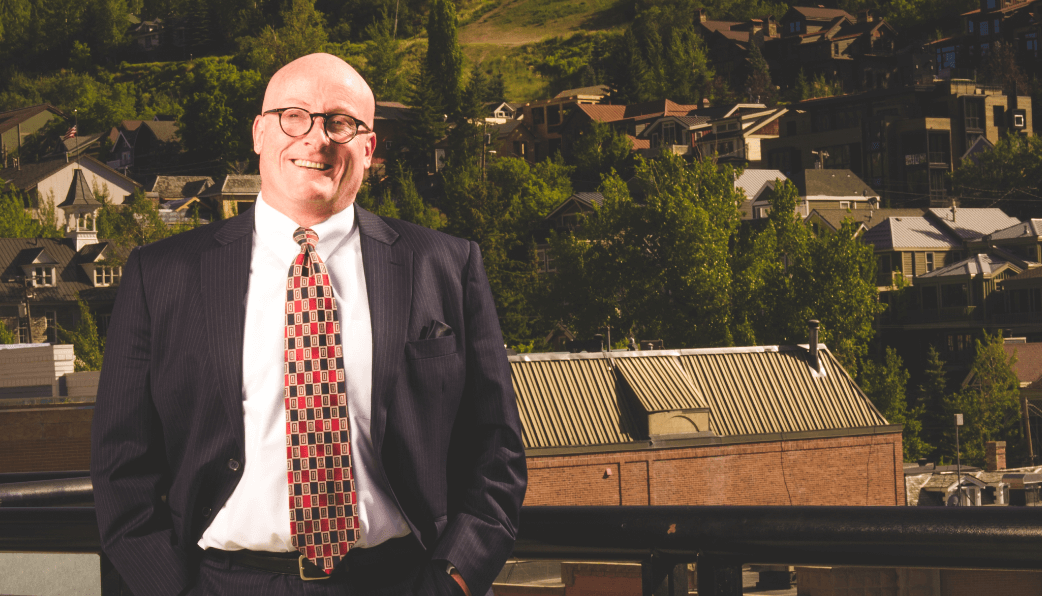 Joe Wrona, founder of Wrona, Gordon & Dubois, didn’t set out to build a law firm. Instead, after hanging his shingle in Park City 15 years ago, he quickly found himself with a portfolio of clients that required him to grow a law firm in order to serve his clients’ needs. His firm, which offers a broad array of services including civil litigation, criminal defense, personal injury, medical malpractice, real estate, construction, divorce, and other areas of law, has grown to include over 20 attorneys and support staff and has offices in four locations – Park City, Deer Valley, Draper and Heber. And with a strong client base developing in St. George, Wrona says that “the day may come when we need to open an office there, too.”

Wrona attended the University of Utah College of Law, but after law school, he moved to Alaska where he eventually served in the state’s DA system as an assistant district attorney and later as a district attorney. Wrona left Alaska in 1999 and took a one-year sabbatical, during which he guided slot canyoneering and backpacking trips in the southern Utah desert. At the end of that year-long sabbatical, Wrona decided to put his strong background in trial practice to work in his own practice.

Evolution of a Practice

“While I was in the desert in 1999, I received a call from a law school classmate who had a small law practice in Park City,” Wrona says. “He was in over his head with a complex civil action that was headed to trial and he reached out to me and asked me for help. I initially thought I could check out Park City for the winter and get in some skiing while preparing for the trial. I discovered very quickly after arriving here that a real opportunity was staring me in the face.”

The opportunity he found in Park City has allowed him over the years to add several high-caliber attorneys to the firm’s roster, including Steve Gordon, who joined the firm in 2011, and Scott Dubois, who joined in 2012. Both Gordon and Dubois were named to Utah Business Magazine’s list of Utah Legal Elite in 2015, an honor they have received several times in previous years. Several other attorneys in Wrona’s firm are Legal Elite alumni as well.

“Both Scott and Steve are seasoned litigators and have their own busy practices in addition to the work they do with me,” Wrona says. “It is a pleasure to have an attorney of Scott’s caliber here. He has really taken on a significant role in helping me manage the firm. We have become close personal friends and enjoy mountain biking and camping together when our families allow us.

“When I was in law school, Steve Gordon was a year ahead of me and a very impressive law student,” he continues. “I could tell he was a man of integrity then, and that holds true today.”

For the firm and its hardworking team of attorneys and staff, the focus is not on institutional clients but on representing human beings, Wrona says.

“Our client base tends to be real people,” he says. “We might be representing entrepreneurial individuals in the name of various business entities they have formed, but we focus on the real people behind the businesses. Our philosophy is to be personally available to our clients – at night, on weekends and early morning hours – many of our clients have second homes here, but are located on the East Coast. Things happen quickly in the electronic age and we need to respond very quickly regardless of the hour.”

The firm’s culture is not all work and no play, however. Wrona explains that he never viewed traditional large law firms as very comfortable or happy environments, and he wanted to create the opposite environment, i.e., a comfortable place to work hard surrounded by people who are happy rather than dour.

Unlike traditional law firms, the attorneys wear resort attire, not suits and ties, Wrona explains. Laughing, he relays the story about how he discovered what constitutes proper Park City law firm attire.

“When I first started practicing here, I wore a white shirt and tie to the office every day,” he says. “Then some of my clients told me they would come around more if I dressed more like them. I heard that message loud and clear.”

A close connection with clients and a comfortable working environment are not the only priorities for Wrona and the other attorneys. They know that by being part of a close-knit community like Park City, it is essential to give back.

“One of the enjoyable aspects of having a law practice in a smaller community is that it gives us the opportunity to have a very direct and positive influence,” Wrona says. The firm supports a number of local and national organizations and Wrona notes that the firm particularly enjoys supporting egalitarian functions in Park City.

“We have a delightful Labor Day event called the Miner’s Day Parade, which is for everybody, and we are one of the lead sponsors,” he says. “We also support the Egyptian Theater on Main Street and we have supported our nonprofit local radio station, KPCW, for several years.”

Wrona has served on several nonprofit boards, including the Park City Education Foundation and KPCW. Dubois is on the board of the Rotary Club of Park City and provides pro bono legal services to The Speedy Foundation. Gordon is very involved with local high school and youth sports and serves on the Park City Lacrosse Organization. The other attorneys at the firm are similarly involved.

Additionally, the firm sponsors a scholarship that helps underprivileged Park City High students go to college. These are just some of the ways that the firm and its attorneys and staff give back.

And when it comes to going to college and embarking on a career path, Wrona would like law students to realize that there is no one particular path to success. They have the ability to chart their own course regarding their legal careers.

“I think there is so much pressure from the profession on law students and young lawyers to force them to conform to some kind of archetype,” he says. “But in reality there is always opportunity out there to succeed by being yourself. Get in touch with who you are and build your practice around who you want to be and who you want to be around. You will be so much more satisfied with your law practice and your life. I think law students and newly minted attorneys put blinders on and don’t even see the opportunities that come whistling right by. By keeping an open mind and an open heart, you can perceive these opportunities when they present themselves and reach out to possible futures.

“Everyone thought I was crazy to go to Alaska after law school,” Wrona continues. “But it was opportunity that led me there, and it was opportunity that led me here to Park City. All I can say is I must have been born under a lucky star. My house is located less than a mile from my office. I can ride my bike to work in the summer and I can ride in the mountains after work. In the winter, I can ski powder right from my Deer Valley office. Going into law school, who would think that kind of life was available for an attorney? I am here to say it is, if one has the courage to reach for it.”