Justin E. Sterling: A Man Of Conviction, Compassion, and Confrontation 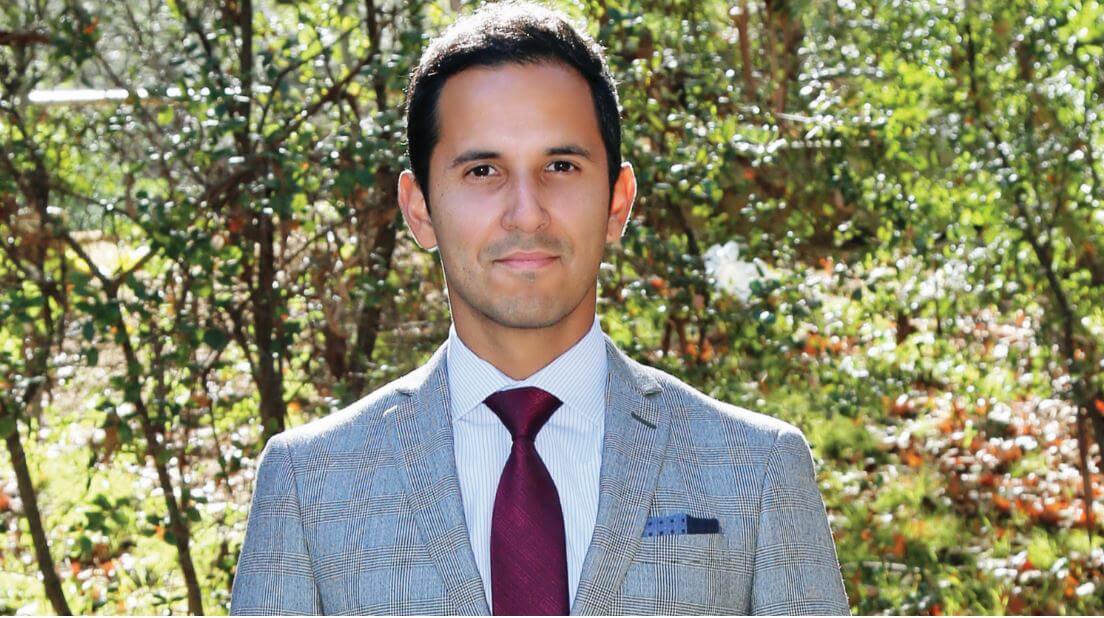 A young man, facing life in prison on three counts of pre-meditated, attempted murder, overlaid with suggestions of gang affiliation, has spent two long years in jail awaiting trial. The prosecution’s case relies heavily on eyewitness ID. However, the defense, believing in his client’s innocence produces DNA and fingerprint evidence that not only was the young man not the shooter, but wasn’t even at the scene. Defense also presents an expert to testify on the fallibility of eyewitness memory. Following the not guilty verdict, the young man walks out a free man, joyfully reunited with his family.

The defense attorney was Justin E. Sterling, and this is just one example of how he’s leveraged his considerable trial experience and skill on behalf of the underdog. With role models such as Tony Serra and Cristina Arguedas, Sterling emulates their conviction and passion, seasoned with his own prolaw, anti-establishment credo. Describing himself as “a trial lawyer, not a businessman” Sterling prioritizes justice above profit. That said, Sterling has managed an enduring and thriving practice since transitioning from government to the private sector. His reputation as a solo practitioner, has soared, making him one of the go-to lawyers for criminal trial defense. “Justin is the guy you call when you’re in a lot of trouble,” says a trusted colleague.

“I attribute some of that to starting out in legal aid and having a public defender background,” he says. “For me, it’s truly about doing right by the client. Doing whatever it takes, within legal and ethical boundaries, in order to get best result possible. Period. I try to keep it simple.”

“The fact that it can be lucrative, and that I have been blessed to have such a busy practice is really icing on the cake,” Sterling continues. “In a way though, it’s all connected. If you work hard and you are good at what you do the results will follow. And when you can get results, people want to work with you. At the end of day it’s about results; especially in this line of work.”

Within the legal community there is what is known as “the non-attorney”; a lawyer who will plead out a case just to make room for more profits. Sterling will certainly never fall into that category.

A Los Angeles native, Sterling wasn’t exactly the same illustrious dynamo during his high school years. In fact, his parents were called in regularly for conferences that invariably included the phrase, “not working up to his potential.” It wasn’t until late in his college career that Sterling discovered the ideal outlet for his sense of justice and healthy skepticism of the establishment.

“I guess I was a late bloomer,” he quips with a smile. “I ran with a rowdy bunch and always questioned authority. Maybe that helped shaped my tendency to go against the grain.”

From there, Sterling became heavily involved with Northern California Legal Aid where he later became one of the directors of the clinic. Law school was the next step, and from there a natural progression motivated by a strong commitment to social justice. This was clearly evident in his role as a former trial attorney for the Los Angeles County Public Defender’s Office where Sterling represented clients accused of everything from sleeping on the sidewalk, to murder.

Sterling soon earned a reputation for his zealous and punctilious representation, as well as exceptional skills as a trial lawyer. During his relatively brief, but productive tenure as a PD, Sterling was credited with numerous acquittals and favorable settlements. After honing his skills, he was then ready to fly solo, opening his own practice in 2011. The Law Offices of Justin E. Sterling is a full-service criminal defense practice specializing in high-stakes trial defense, advocating for clients in state and federal court at both the trial and appellate level.

“When the government has its sights on you, wants to prosecute you, and has unlimited resources to do so, that’s my definition of an underdog,” he says. “That’s where I feel my compassion is so important. You have to reserve judgement, it’s not about the crime so to speak, it’s really about holding the government to their burden and what you have to do before you just convict somebody.”

Sterling’s days serving in the public defender’s office derived more than just ample criminal defense experience, it’s also where he met his wife Alissa, who still works as a PD.

“It’s amazing to have that resource at home, and it works both ways,” says Sterling. “If I’m in a trial and want to bounce ideas off someone, I have my wife who’s not only impeccably qualified, but also brutally honest. It’s wonderful having that mutual understanding of what we do day in and day out.”

Compassionate, dedicated, and a true champion of the underdog, Sterling founded his practice on a philosophy that’s echoed in his firm’s slogan, “Our success is measured by the well-being of our clients.”