Matthew Bourhis: A Crusade for Justice 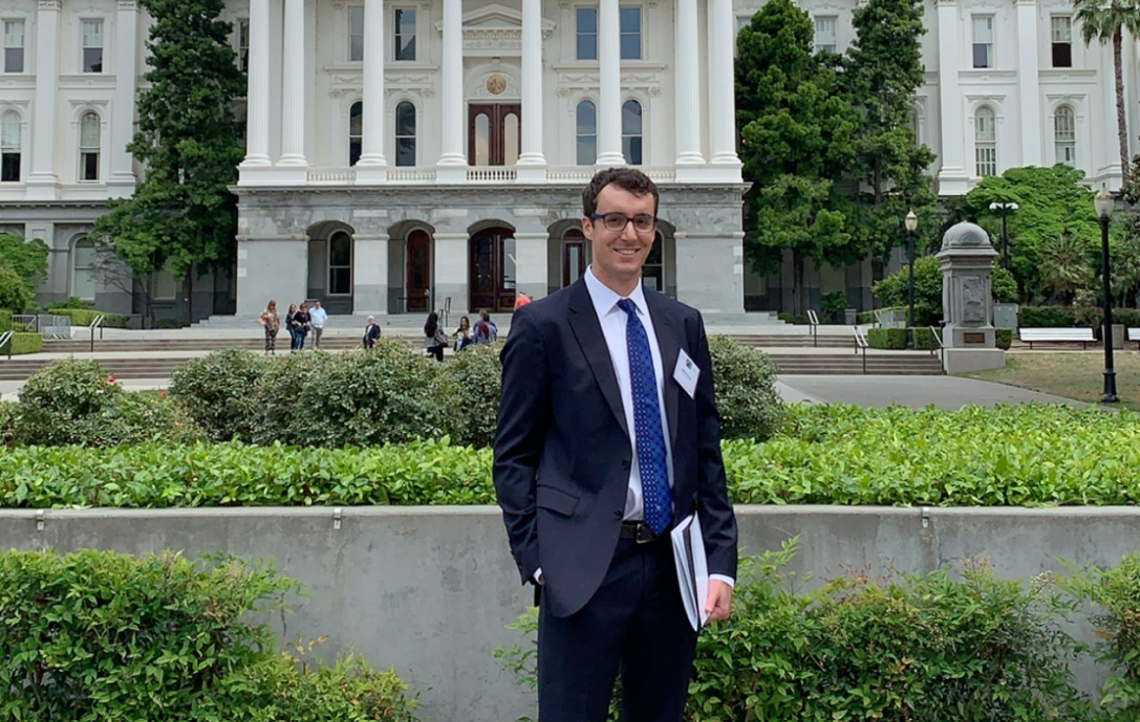 As the son of two successful attorneys, no one was really surprised when Matthew Bourhis decided to take the same career path. No one that is except Bourhis himself.

“Actually, having both parents as lawyers dissuaded me from any desire in that direction,” he says with a smile. “I thought lawyers were difficult, argumentative and unreasonable. But also, well-educated, powerful, resourceful and capable of really changing people’s lives. That probably drew me to the law in ways I did not necessarily notice. I knew I wanted to have a career where I could have an impact on people’s lives and make a difference. I wanted to be in a position to be an expert where I could understand people’s problems and help them.

“But really, it wasn’t until I had a personal experience with disability that I realized that law was my calling,” he adds.

When his mother was in a horrific accident that necessitated the amputation of her leg, Bourhis was halfway through college. At just 20 years old he was unprepared for the trauma of seeing his mother go through such a devastating experience and having to fight her insurance company. “My mother was in the hospital for a month. She went through about thirty blood transfusions and had six surgeries before they amputated her leg.” Bourhis says. “I remember one day, she was about to go into surgery, we did not know whether she would come out alive, and the doctor gave me 30 seconds to speak with her before wheeling her away. I didn’t know what to say other than ‘I love you’ and she said the same and then urged me to focus on school. I was so shocked to hear that. The fact that she wanted to emphasize the importance of my education at that moment was eye-opening. It changed my life.”

He took those words to heart and re-doubled his focus on his education. But that wasn’t the only educational transition for the young student. Having a front-row seat to the devastation and pain that not just his mother, but the entire family was going through, made him give serious consideration to what others experience, often to an even greater degree.

“I realized that people deal with much worse problems than anything I personally encountered in my entire life,” he says. “Those who are disabled face all kinds of hurdles and difficulties in a world that often overlooks them. That’s when I realized that not only did I want to be a lawyer, but I want to be a lawyer who represents disabled people.”

This revelation forged an incomparable empathy and passion that has been the foundation of Bourhis’ practice from the start. Throughout law school this call to arms was a driving force that continues today as he deals with some of the most tragic and desolating cases. And that’s the difference. For Bourhis, these are not cases, but people. People whose lives have been turned upside down affecting everything and everyone they hold dear.

“I get very invested in the people I represent,” he says. “I’m working virtually all the time, but it’s worth it because the most rewarding part of my job is when I call my client and tell them that we won a big settlement. That their insurance company has folded, that this saga is over. And to hear how happy they are is just the most powerful experience ever.

“My clients are people who have dealt with the worst kind of frustration and difficulties. It often goes on for years, and it ruins so many parts of their lives. It destroys marriages, breaks up families, impacts relationships with children, demolishes their finances, their careers and really just every aspect of their lives has been negatively impacted. On top of all of this, they are scared to death, because of the uncertainty of what’s going to happen. Their last line of defense, their insurance company, is cheating them out of their benefits in a time of need and I get to step in and make it right.”

According to Bourhis, the denial of benefits is only a part of the pain and suffering insurance companies inflict. Some of the worst damage comes from how individuals with disabilities are treated in the insurance company’s efforts to deny their claims.

“They treat these people so terribly that it creates this multi-year nightmare,” says Bourhis. “When I can finally tell them that it’s over, that we have won and their lives are going to change, the relief they experience is so inspiring and so powerful. That’s what it’s all about.”

Despite the fact that he knows he’s fighting for his clients and feels confident that ultimately there will be good news down the line, sometimes getting to that point is a struggle in itself. For some clients the future is nothing but bleak and trying to hold on to hope can be a losing battle.

Regardless of how difficult the situation, Bourhis believes in the power of our justice system. “The spirit of the law is our greatest weapon against corruption in the insurance industry,” he says.

“I had one client,” Bourhis recalls, “who was very sick and morbidly depressed. He was suicidal, a young man too, and that just ate me up inside. He was a brilliant doctor, first in his class in medical school, a good person, someone who really cared about his patients. His insurance company was quite literally driving him to the brink of suicide. There were times when he’d be on the phone with his insurer and they would say horrible things to him, belittling his disability, telling him he was exaggerating, that he seemed fine and should be working. He tried to take his own life by driving his car into a barrier one night.”

Bourhis became so distraught over this client that he talked to an older attorney who advised him to learn how to separate himself emotionally.

“I thought about that a lot,” Bourhis says, “and ultimately I decided he was wrong. This guy didn’t need his lawyer to be emotionally un-invested. He needed someone who really cared about him.”

Bourhis spent late nights talking to his client, discussing the emotional strain of his disability, his lawsuit and the uncertainties of life. It was a difficult case, but ultimately they won a big seven-figure settlement.

Of course, no one reaches the level of success Bourhis has realized completely on their own and he is quick to acknowledge the people in his life who have been there to support and offer advice.

“I’ve been fortunate to have great mentors in my life,” he says. “First and foremost is my father, Ray Bourhis who founded our law firm, and has been fighting insurance companies for decades. He’s been my greatest mentor because he’s the heartbeat of our practice and he knows how insurance companies operate. He knows how to try cases better than anyone. He knows where the strengths and weaknesses are and how to strategize in an effective, sophisticated way. My dad has taught me so much, long before I even thought about becoming a lawyer really.”

Another important mentor for Bourhis was Justice Martin Jenkins of the California Supreme Court. Bourhis served in his chambers as a law student and worked with him one-on-one.

“Justice Jenkins’ mentorship, above all else, boils down to practicing law with integrity,” says Bourhis. “I think a lot of people are disillusioned with lawyers because they expect lawyers to represent the interests of justice and soon discover that they actually represent the interests of their client instead. And oftentimes the legal system provides no justice, even when it should.

“Justice Jenkins told me, ‘If you carry yourself with integrity, justice tends to find a way,” Bourhis adds. “I believe that’s true. The legal system is not perfect, but it does reward integrity.”

Integrity and compassion have been the hallmarks of this attorney’s practice from the beginning and an unwavering belief that ultimately justice will be served for his clients who have already suffered so much is what keeps him going.