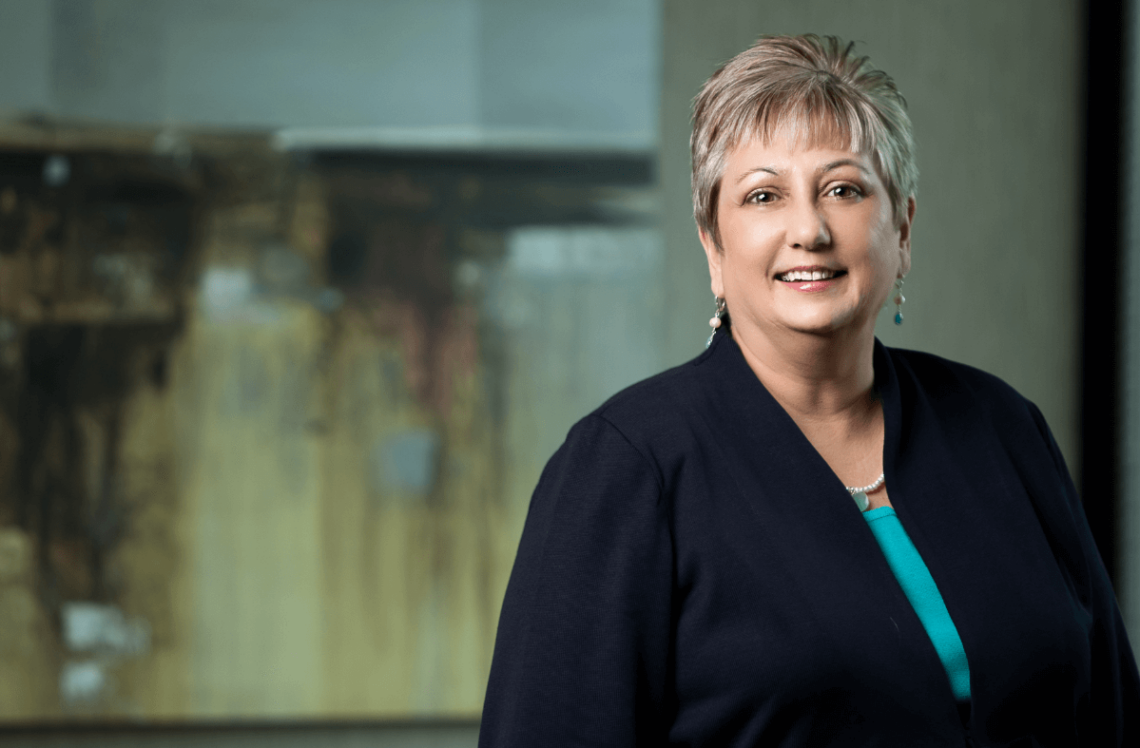 Serendipity is defined as the occurrence and development of events by chance in a happy or beneficial way. While it takes a lot more than a little luck to become successful, taking advantage of serendipitous circumstances can help pave the way to a lifetime of achievement. Paige A. Martin, partner at Kutak Rock LLP, has built a solid decades-long career that she credits to timing, networking, tenacity and some serendipity.

“So much that happens in one’s life can be attributed to serendipity,” she said.

Although she initially had no intention of pursuing a law degree when she graduated from college, the lackluster economy and her desire to be self-sufficient began her journey toward becoming one of the most respected and diversified attorneys in her field.

Martin discovered Arizona through serendipity, during a college spring break trip to visit her snowbird grandparents. “I flew out of Hartford, Connecticut in the snow and landed here in sunshine and warmth,” she says. She spent a semester during junior year at Arizona State University to see if she liked it here enough to move to Arizona permanently.

After graduating from Mount Holyoke College in Massachusetts, Martin struggled to find work near her seaside home, where unemployment hovered around 15 percent. She packed up her life and relocated to Arizona with high hopes of getting a job that she could turn into a career, never imagining that it would be in law.

“Even though the economy was better in Arizona than in Massachusetts, it still wasn’t very good. I ended up in a series of jobs that I could not turn into a career,” explained Martin. “My parents had always stressed the importance of being able to take care of ourselves, without relying on anyone else. My sister was just getting ready to attend the University of Arizona law school and my parents encouraged me to follow in her footsteps. Although I had no burning desire to become a lawyer at that time, I was not making headway on another career at that point. I hoped that law would be the career that had eluded me. And it was.”

Martin accepted a position at a local distributing company while she took a year to prepare for the LSATs and her eventual enrollment into law school. She applied and was accepted to the University of San Diego’s school of law. As luck would have it, however, she received a flyer from Pepperdine’s school of law only weeks before classes were to start and second-guessed her decision.

“I received a very late flyer from Pepperdine and thought ‘this looks lovely’, so I went to visit the campus, fell in love with the area and decided I had to attend this school,” said Martin. “Because it was so late, I immediately filled out my application and called them constantly to check up on my admission. I think that they finally just let me in to get me to stop calling!”

It was during a cross-cultural and family law mediation class that Martin believed she had found her calling. Citing an innate desire to help people, she decided to become a family law attorney, but it never came to fruition.

“When I moved to California to attend law school, I had no intention of staying there. I had always intended to move back to Arizona. When I graduated, I found that it was quite difficult to get a position at a law firm here when I had no legal contacts in the state to speak of,” said Martin. “I ended up taking a position at a small civil litigation firm. At that firm, I gained invaluable experience which I still use today.”

Almost a year later, Martin found and secured a position with the Attorney General’s Office, working first in the civil division, and later in child support enforcement services. Her compassion for the people she helped get the child support due to them was immense, but after more than five years at the AG’s Office, she realized that it was time to move on.

Immediately after she graduated from law school, Martin became involved in the Arizona Women Lawyers Association (AWLA). Her contacts at AWLA encouraged her to explore opportunities in the private sector that involved representing government. It was a way to transition out of working directly for the government, but still allowed her to draw on her background.

Over the next several years, Martin built her résumé, gaining experience in employment law, government representation, complex commercial and civil litigation – all areas in her current practice repertoire. “The great thing about the law is that you can continuously reinvent yourself,” explained Martin. “Everything in our field requires research, so it is possible to add to the areas of law that you practice, or switch areas altogether. You can be successful in any area of the law if you are a critical thinker and a quick learner.”

One of the cases she and her colleagues took to Kutak was a class-action employee benefits lawsuit. “The case took 10 years to resolve because we had involved 1,800 plaintiffs,” she said. “The documents were in the hands of many government agencies. The enormous amount of paper we had to manage was overwhelming, and e-discovery was still a fledgling idea.” It is because of this case and others like it that Martin has redoubled her efforts to become proficient in e-discovery. She is involved in the Phoenix chapter of Women in e-Discovery for just this purpose.

While Martin did not ultimately become a family law attorney, she still maintains a strong desire to help others. She recently designed diversity training for a company in Colorado. Her client company had previously been a white male-dominated company that had recently begun to diversify with more women and members of the LGBT community. She created a half-day program that allowed for role-playing interactions featuring actual circumstances that presented discrimination in the workplace. She helped her client understand the legal, business and human repercussions of each scenario.

Martin has spoken on many topics over the years, from employment law topics for practitioners to transitioning issues for law students. Additionally, Martin often speaks at events for the Arizona Women Lawyers Association.

Away From the Office

In her downtime, Martin pursues her personal hobbies as passionately as she does her professional image. A book connoisseur with a penchant for collecting signed first editions, Martin has met many authors at one of her favorite local haunts, the Poisoned Pen Bookstore in Scottsdale. She even interviewed author Lisa Scottoline for the bookstore last year and conducted a portion of an interview with famed OJ Simpson prosecutor, Marcia Clark, at the bookstore as well.

Martin’s involvement in the Arizona Women Lawyers Association over the years has encompassed many serious aspects of the association, including helping women attain the bench and planning CLE events. But for fun, Martin plans social events for the Arizona Women Lawyers Association. For example, she organizes biannual fashion shows for women lawyers at Dillard’s Fashion Square in Scottsdale. The event attracts approximately 50 people, attorneys and law students, and their friends and family. Some of the lawyers and students model for the rest of the group and walk the runway on the floor of the store. She has been on the Maricopa County Bar Association’s Barristers Ball committee since it planned the first ball, which took place in 1992. She is also involved in planning many social events for the Scottsdale Bar Association. “I’m lucky that I love being a lawyer as much as I do. In another life, I might have been an event planner or owned a bookstore like the Poisoned Pen,” Martin says. “Instead, I do event planning and interview authors for sheer fun.”