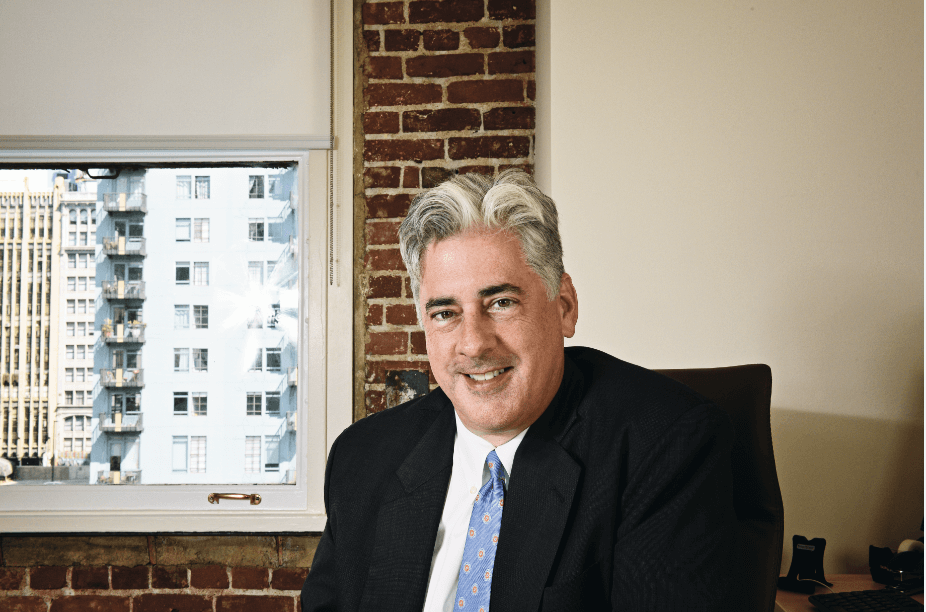 It’s not uncommon for accomplished attorneys to use phrases such as “earth-shattering” or “life altering” when describing a particularly monumental case. No hyperboles are necessary, however, when Paul S. Marks recounts the details of litigation against Mitsui Construction, a case tried in Guam Superior Court in the early 2000s.

Marks was part of an elite trial team representing the plaintiff in a major construction-defect suit. In what must be some kind of record for this type of case, the trial took 10 months and, astonishingly, jury deliberations extended for another 13.

“It was about a brand-new resort hotel that had just opened,” says Marks, “and was completely destroyed in an earthquake. It should not have happened. Guam follows U.S. building codes, and this hotel was the only major structure to be destroyed in the earthquake.”

Ultimately, almost $150 million was awarded the plaintiff; half compensatory and half punitive. Despite being one of the youngest members of the trial team, Marks was responsible for voir dire and for handling direct and cross-examination of over 40 witnesses; he also cross-examined the chairman of the board of an international conglomerate in the punitive damages phase. Not only was he triumphant in the lawsuit, but for a young attorney the experience was also confidence building.

“It was noteworthy because we were going up against three defendants, all represented by first-rate law firms,” says Marks. “It was only my third jury trial, but it convinced me that I could go up against lawyers from the best law firms in the world in front of a jury and do at least as well, if not outperform. It was both personally and professionally a rewarding experience.”

Today, as a name partner in the firm of Neufeld Marks, he and the other experienced attorneys in the group provide creative legal solutions to California’s business entrepreneurs at every stage, from business counseling to complex civil litigation.

“I joined the firm in 2006,” says Marks. “Previously, I was with a large, national firm with over a thousand lawyers. Just given the size, and number of qualified attorneys, I did not have the same opportunities that I’ve had since coming here. Case in point: I would never have been selected to try a patent case at a big firm, since I am not a ‘patent’ lawyer, but within a year or so of joining my new firm I was first chair for a two-week jury trial on patent and trademark infringement.”

With more than a quarter century of experience serving as first chair counsel in over 30 jury and bench trials, Marks generously shares his expertise by serving in various capacities, including membership in the American Board of Trial Advocates. Now in his second appointed three-year term as commissioner on the California Commission on Access to Justice, a governmental agency comprised of trial court and appellate judges as well as practicing lawyers and other legal professionals, Marks helps to oversee and coordinate programs dedicated to improving access to the California courts by those who are unable to afford legal counsel.

“It’s an umbrella entity whose goal is to improve access to justice throughout society,” he says. “For example, we’ve recently been examining the traffic court system and the enforcement mechanism that suspends someone’s driver’s license for unpaid traffic fines, which creates a significant hurdle to anyone who needs to drive to work. It becomes a vicious cycle where you are preventing individuals (typically lower-income individuals) from earning a living so that they can’t pay these fines.

“We also look at language access issues,” he continues. “The Department of Justice in Washington D.C. wants interpreters to be much more available to civil litigants (they are already available to criminal defendants) but it’s something the California court system can ill afford. So, we’ve been trying to address the issue, attaining funding and coordinating with the various branches of government to improve language access. California has approximately 55 percent of the population speaking a language other than English as their primary language either at home or at work, and if you are faced with a civil action and you don’t speak English, then you’re going to essentially be foreclosed from the courtroom unless there’s an interpreter. Many of these actions have serious consequences—eviction, parental rights and other civil actions that can virtually destroy someone’s life.”

As evidenced in his long-standing role with the California Commission on Access to Justice, Marks is devoted to opening legal avenues for those who have historically been denied full access. To this end, he has served as a volunteer attorney for Public Counsel, the largest pro bono institution serving the legal needs of the disadvantaged. Based on his abiding commitment to Public Counsel’s community development project, Marks was honored as Advocate of the Year by Public Counsel for 2008.

“As time goes on, and Access to Justice issues have become more complicated, technology has certainly proven to be an excellent resource for providing better and more extensive opportunities,” he says. “Unfortunately, technology is not free. As the state of California faces budgetary shortfalls, the judicial branch has been significantly impacted. However, under our current chief justice, who introduced her Access 3-D initiative to improve access to justice in many different sectors, the situation is improving slowly but surely.”

When recounting career highs, Marks notes a particular pro bono case involving land ownership. The land in question was wetlands in the San Joaquin delta, which had been deeded to his client, a nonprofit Native American organization, in a previous environmental settlement.

“The deed came with restrictions,” Marks says, “and the developer who had deeded the land away argued that those restrictions had been violated, and tried to reclaim the land. Ironically, the developers had originally given the land away to quell opposition to one of their housing developments, but now that things had calmed down, they obviously wanted it back.”

After a three-week jury trial, Marks and his client emerged victorious. However, what was most noteworthy about this case was that Marks had put in a request for attorney’s fees under the Private Attorney General Act. This allows attorneys litigating to provide a public benefit to have their attorney’s fees paid by the losing side.

“I had my doubts about the chances of our winning attorney fees,” says Marks, “but after conferring with our client, we decided to go ahead with the motion. It would be an understatement to say the developer was shocked that we would even make such a motion, but at the end of the day, shock became incredulity when the judge not only awarded our attorney’s fees but then tripled them!”

Even more impressive, in his ruling the judge specifically praised Marks’ trial presentation, saying that his performance was “exceptional” compared to other attorneys he had seen in his courtroom.

“Yeah, that was a nice little feather in my cap,” Marks says with a smile.

Married for 16 years to his successful Realtor wife, Kerri, and father of three, Marks says he has “nearly mastered” the art of balancing career and family. “It’s an ongoing challenge,” he admits, “but certainly technology has been a tremendous help. When I was a young lawyer with work to do, it had to be done in the office. Now if there is a looming deadline, I can easily leave the office at five o’clock, put the younger kids to bed and then crank up the home computer.

“Also, personally, I’m a very efficient lawyer,” he adds. “I’m intellectually intrigued by legal issues and constantly reading about new cases and new innovations in the legal world. I try to abide by the old adage, ‘work smarter not harder,’ and being very organized helps as well.”

When not in the office, courtroom or at his home computer, Marks enjoys spending time with Kerri and their children — Maggie, 15, Esme, 8, and Severin, 6. A classical music enthusiast and pianist, he and his wife often enjoy concerts featuring the Los Angeles Philharmonic or the occasional visiting orchestras.

Though he played basketball in high school, Marks says today he spends more time in the stands watching his kids play sports — although, he does enjoy hitting the links. As a family they regularly take ski/ snowboarding vacations together.

Another favorite pastime for Marks is reading. He thrives on learning new things both about the law and the world in general. He’s particularly interested in new ideas and solution-based theories. Along these lines, when asked if he could change one thing in the law school curriculum what that might be, Marks had a ready answer.

“Good law schools train you in a very theoretical way of looking at the law,” he says. “But that may not be the most practical way of training students to become practicing lawyers. Legal education has not yet followed the example of the medical profession, where once you’re done with book studies you’re in a residency program, treating patients and learning skills under the watchful eye of a practicing physician. We don’t really have anything like that in our law schools, although many in legal academia are talking about making changes to accommodate that.”

As to the future for himself and the firm, Marks says, “I just want to keep doing what we’re doing. We refer to ourselves as ‘the entrepreneurial law firm for entrepreneurial clients,’ which essentially means that we provide highly customized and personalized representation within a very positive and team-oriented culture. We like to think that our clients get great results at a reasonable price. What could be better?”