Phillip Ciano: Finding Law and the Adventure of a Lifetime 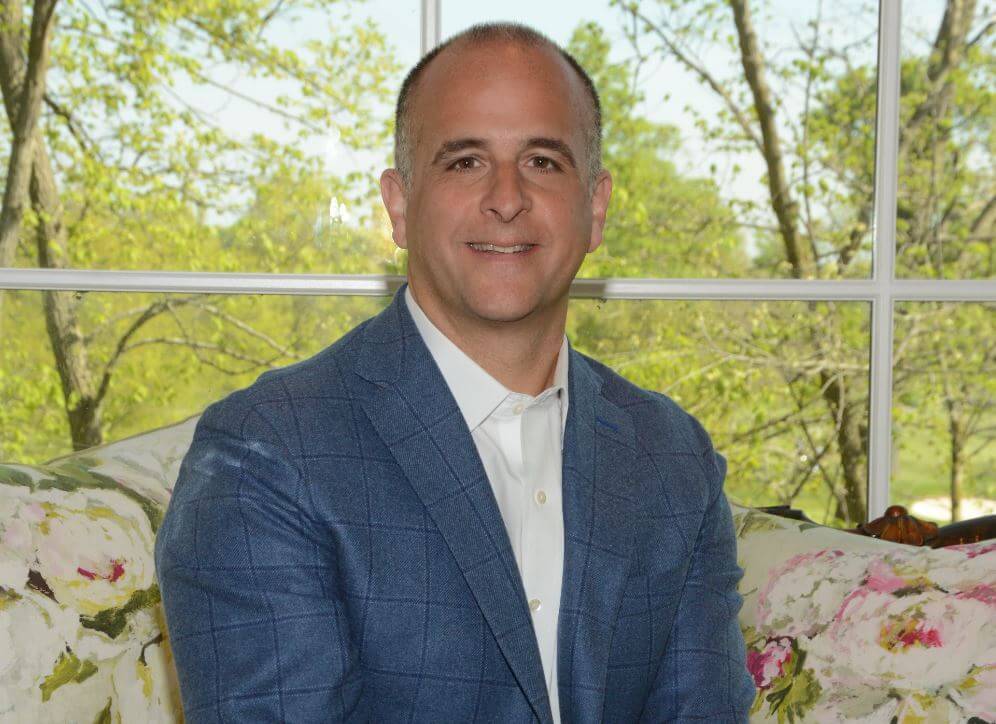 Life rarely plays out precisely as we’ve planned. Sometimes, however, a curve ball can prove to be just the change-up we need. No one knows this better than one of Cleveland’s most successful and respected attorneys, Phillip Ciano, co-founder and principal of Ciano and Goldwasser LLP.

Had the fates not interceded through a series of events, the world might have gained one very sharp business person, but lost one of the most dynamic healthcare, sports and corporate lawyers it’s seen in a while. As the son of a very high-profile and extremely successful attorney, Ciano was adamant from a very early age that a legal career — especially in “big law” — was not the path for him.

“I always said, ‘no way, I’m not even going to try to step into my father’s shoes’,” he says with a wry grin. “But you know, we make plans and God laughs. Twenty-one years later, I’m sitting in one of our two law offices with lawyers and staff who are literally like family. I couldn’t be happier with the way things worked out.”

It seems Ciano’s change of heart, indeed the passion for law he discovered, came about several years after completing college while he was in between his initial work as an export trader and completing a post-graduate sabbatical at Tuft s University’s esteemed Fletcher School of International Diplomacy. Ciano had recently applied and been accepted to the renowned Thunderbird international MBA program at Arizona State University. Before business school began, Ciano was recovering from knee surgery in Cleveland when his father suggested “clerking” in his firm while he waited for the fall semester to begin. Not only did that “summer job” ignite his fascination for the law but also provided the opportunity to rekindle a life-long friendship with Andrew “Andy” Goldwasser.

Ciano and Goldwasser had met as children, running around the law offices their fathers had formed and grown from a modest six attorneys to well over 100. As oft en happens, they lost contact during their college years, but that was quickly rectified that portentous summer. Working in the same offices, they easily picked up right where they’d left off .

“Once I made the decision to go to law school, Andy and I parted ways again for a while. He was going to Akron and I was headed to Chicago,” says Ciano. “We both shared the same vision and dream – – how to create a second-generation of what our fathers had built at the Reminger law firm.

“And sure enough, when I left my first firm to start my own practice, the business was growing so fast that I needed to figure out the next steps. Andy was with another firm, but we put our heads together and in August of 2000 we launched “Ciano & Goldwasser.”

Just as their fathers before them, the two men quickly built one of the most successful and notable law firms in Ohio. More than law partners, the bonds that tie these two gentlemen are unique and strong; forged over a lifetime.

“Andy has been an incredible partner,” says Ciano. “I trust him with my life. I trust him inherently. We’ve made incredible sacrifices together and I couldn’t be luckier. To have a business partner like that for two decades is a rarity and a blessing.”

But without question, one of the most memorable and pivotal cases of his career came very early on, when he first struck out on his own. It wasn’t so much the how or what of the case, but rather, who the opposing counsel would be. A mere three years out of law school, Ciano faced his first major jury trial and seated across the aisle were two experienced partners from his father’s law firm. At that point in his career and newly established practice, a bit like David facing Goliath, especially in the high-stakes trial that unfolded over the next several days.

“It was very awkward and interesting, stressful yet invigorating. To have your first significant jury trial

Be up against a large, 100-person law firm is certainly challenging. Let alone, when it’s your own father’s firm. But it also made for some interesting holiday dinner conversation as well,” he quips.

Ultimately, just as David was victorious with his slingshot, so was Ciano triumphant on behalf of his client. And, like so many other destiny stories, “the rest is history.”

Being in the right place at the right time is a theme that’s run consistently throughout Ciano’s life. “Some call it ‘fate’, but I call it ‘faith’. God has had his hand on my shoulder, and I never take that for granted,” says Ciano. Ciano’s life adventures are many, including his trading career which took him frequently to Asia, Central America, and Europe in his early twenties. But one that stands out is a nerve wracking, albeit fortuitous trip that led to his meeting the love of his life.

“It’s another interesting story of faith and destiny,” says Ciano. “I was a junior in college and my future wife was attending Denison University; we did not know each other at the time. We met at Syracuse University’s London school on a study-abroad. Both of us came very close to not making that trip.

“It was the winter of 1989 and right on the heels of the disastrous bombing of Pam Am flight 103, known as the Lockerbie bombing, had just occurred. On that plane were more than 30 Syracuse University London program students that perished, and we were the next Syracuse London class going over. Not surprisingly, half of the program cancelled. It was a very disruptive time. Ultimately, Amy and I separately decided to proceed with the trip and ended up meeting, falling in love and sustained that relationship throughout the following summer and our senior years. Then, after my first semester of law school, we were married and just recently celebrated our 26 year anniversary.”

EYE ON THE BALL

As unlikely as it might seem for a Cleveland- based law firm – – especially a mid-size boutique – – a significant portion of Ciano’s practice includes representing high-profile executives, companies and sports agents with offices from Los Angeles to New York – – and everywhere in between. Because of the relationships Ciano has cultivated over the years, these business leaders, physicians executives and agents trust him when navigating their most crucial legal matters.

“It’s been a very interesting development of a niche practice, but it also adds a nice variety and a little spice to the normal day-to-day grind of our profession,” he says. Whether it’s putting together a $50M micro-hospital deal, selling middle-market companies to private equity, or representing New York and Nashville tech funds, Ciano’s practice is wide-ranging and unique. In the sports law arena, he’s tangled with MLB stars, Jose Bautista, Danny Salazar and Ervin Santana, as well as Jordan Spieth’s golf agent (to name a few).

For nearly two decades, Ciano has represented high-performing, nationally renowned physicians and physician practice groups both in and beyond Northeast Ohio. Again, aside from his obvious legal savvy, Ciano’s reputation has grown through his own personal involvement in a variety of projects most important to these medical professionals.

“In 2015, a physician client and now dear friend of mine hired me to set up his charitable foundation.” Sensing another chance for adventure, Ciano told the Ethiopian born surgeon he would waive the legal fee in exchange for a medical mission trip to Africa. Although surprised, the client took up Ciano’s offer, and the two of them spent 10 days in East Africa in January, 2015. “I jumped at the opportunity. We treated over 300 patients, ranging from orthopedic fractures to infections and beyond. I was his medical assistant with my stethoscope, note pad and pen. We visited various clinics in the southern part of the country where most people had no access to any medical care.”

But it wasn’t all work. “We explored the country, climbed mountains, ate and prayed with our Ethiopian hosts. We immersed ourselves in the culture,” he says. “Shortly after that trip, my client and a group of physicians here in Cleveland retained me to build the first private, physician-owned specialty hospital in Northeast Ohio. That is now called Lake Health Beachwood Medical Center.” An attorney-client relationship is a given, but Ciano and his firm have always wanted more: “Most of our important clients and referral sources are close friends. We’ve always wanted more than a ‘file’ to open or close. Let’s do something big together.”

AT THE END OF THE DAY

Aside from his beautiful wife Amy and their 18-year old son Danny and 13-year-old son Michael, Ciano says he feels most blessed by his work.

“For me, it’s been something that’s fully satisfying and fulfilling, and I think we could have only achieved that within this boutique practice,” he says. “When we began this firm, Andy and I wanted to solve big, life-altering problems. We wanted quality over quantity, substance over size. I think we’ve carried that theme over the last 19 years, and we’ve been lucky to be surrounded by lawyers and staff who have made Ciano & Goldwasser what it is today. I think back to that fateful day when a routine surgery led to the adventure of a lifetime. And, there’s so much more ahead of us. I’m just grateful. What else can I say?”