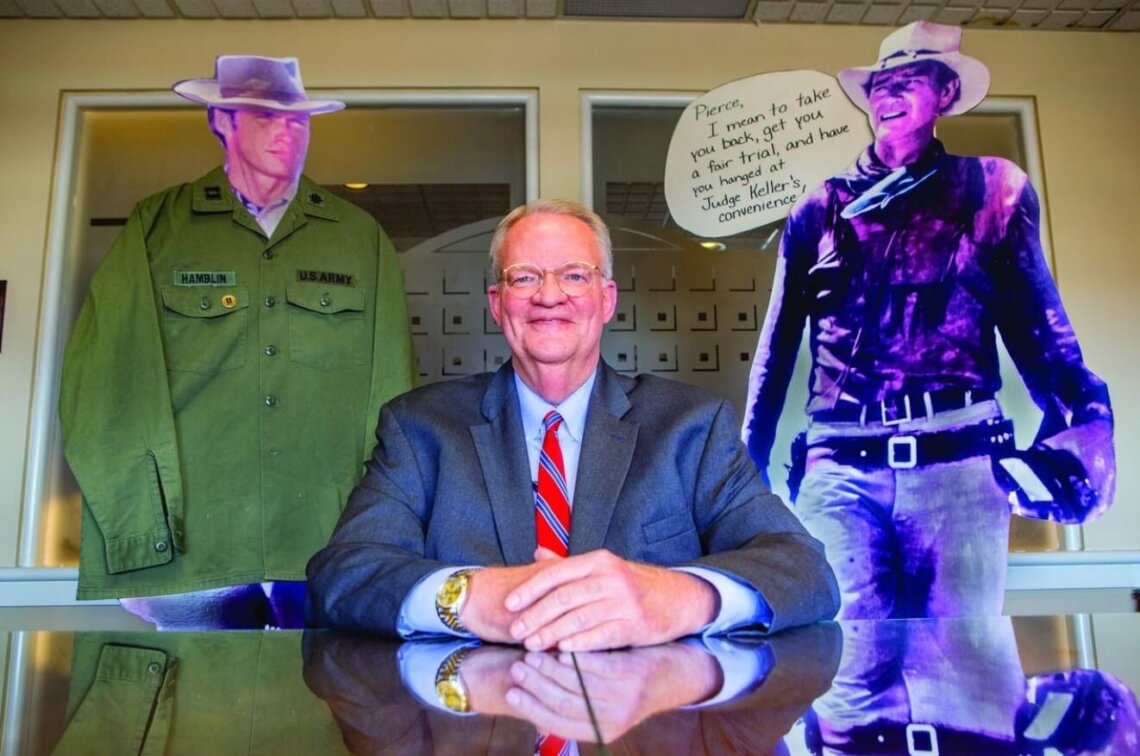 “When people come to mediate a case, one of the most important goals is to clarify and have the parties understand the difference between the legal value and the human value of the case. And that is very difficult for people. Each side comes into a mediation, rightfully so, invested emotionally, physically and personally in what they feel is a fair and just resolution of the litigation. That is the human value and no one else has walked in their shoes,” says Pierce Hamblin, Partner at Landrum & Shouse LLP.

“It is the job of a good and honest mediator to let each party know they must seriously examine and consider the legal value of the case because that is the result when they venture into the court system. And I define the legal value as what a jury of 12 complete strangers, sitting in a box, would do with this case aft er they hear all sides,” he says.

Each party comes to a mediation invested emotionally, mentally, and physically. They have preconceived opinions about what is justice. Both sides should be allowed to vent feelings and frustrations. At that point, the mediator’s job has just begun.

Cases involve great tragedies on both sides, and getting people to shift their thinking from the human value to legal value that ultimately decides the matter can be challenging. After they vent, they must realize that the judge acts as a gatekeeper of what can be said in court. A lot of times those things said about the other side are not going to be presented as evidence in front of a jury. Clients must look at what’s going to happen at a jury trial.

Hamblin graduated from the University of Kentucky in 1973 with a degree in business administration, earning his J.D. in 1977 from Kentucky College of Law. He was admitted to the State and Federal Bars of Kentucky at all levels. He was certified in mediation and arbitration in 2006. He has earned an AV rating from Martindale-Hubbell for the last 15 years. He was selected as Best Lawyer (2004-2016), and was named the 2014 and 2016 Best Lawyer for Mediation in Lexington by Best Lawyers of America.

He has experience in litigation cases ranging from personal injury, wrongful death, product liability, to medical/legal malpractice, civil rights cases, and police pursuit cases throughout Central and Eastern Kentucky. Hamblin has defended multiple insurance companies in bad faith litigation here in Kentucky and he has been lead trial counsel for many insurance companies in Kentucky.

Hamblin’s interest in mediation as a part of his practice began when Judge Jim Keller initiated a program to adopt mediation for the court system in Fayette County. Keller contacted attorneys from a number of legal fields, and he contacted Hamblin because of his experience in litigating civil cases. Hamblin committed to attending a weekend seminar on the concept and then to donating a year of his time at the Kentucky Mediation Center. This service was in addition to his regular practice.

He says, “I started doing a lot of heavy-duty medical malpractice cases and had some luck getting them resolved and after a year of that I thought, Well, I’ll go out and try to do some of that on my own. That’s how I got started.” To date he has mediated more than 8,000 large civil and medical malpractice cases. He has found that more and more people are open to and willing to participate in mediation.

“The courts order mediation routinely before a trial date is finalized. I think the momentum has shifted to, ‘Hey, we need to try to solve this by alternative resolution rather than litigation. ‘Mediation is now probably the norm and not the exception. However, some cases simply have to be tried before a jury. That is certainly understandable.”

More Mediations in the Future

Hamblin sees a bigger role for mediation in the coming years as the process becomes a preferred method of handling many cases. He says, “I think that as the years go by mediation may become mandatory in all court systems with all types of cases, including criminal cases. It will evolve naturally. It’s just so damned expensive to prepare a case properly on either side, and mediation is a great alternative to avoid the costs and the risk of going before a jury. Nobody is going to get everything they want in a mediation. In fact, I think the best mediations are those in which matters are settled, but people leave feeling they did not get everything they wanted.”

He finds that most people today are “mediation savvy” and arrive with an open mind realizing that the realities of going forward with litigation include high costs and major risks just getting a case to the courthouse steps.

Hamblin has two key beliefs that guide his mediation process. The first is to not give up in the effort to resolve a case. “There’s so many times in a mediation when a mediator could just quit and throw up his or her arms and say, ‘This is just not going to get done.’ I think you should try everything you can even with imaginative forms of mediation–things that you are not taught in basic mediation–to try to get the case resolved. Don’t be viewed as a quitter when you’re a mediator,” he says.

The second principal is to never mislead people regardless of which side of the mediation table they occupy. “Mediators who play games, mediators who guess at what somebody is going to do, don’t succeed, and they don’t do right by the parties. I find it best to be straight, honest, and never mislead either side during the course of a mediation.”

He urges lawyers on both sides to come to a mediation with a good handle on what the value of the case should be for settlement. It doesn’t do much good to throw out numbers that are completely unrealistic because the other side knows they are unrealistic. “The best chances for success in a mediation are to participate with the ability to put out a number that is fair and can be supported by the facts of the case,” he says.

Bringing Light to the Dark Side of Mediation

Hamblin says there is a negative side to mediation and he has dedicated a significant portion of his life to bringing light to that situation.

“The down side is this: because of mediations we have lost a whole generation of trial lawyers. Litigation in our court system in Kentucky is down drastically because of mediation. Today people are so used to the fact that a case is going to be mediated, that there is a reduction in trial work. And that’s sad. If you have to go to war, you want somebody on your side who is a skilled litigator. We need good trial lawyers to protect the citizens of this Commonwealth on both sides.”

Hamblin works closely with young trial lawyers through his teaching at the University of Kentucky College of Law, something he has done for 37 years. Th e class teaches senior-level students how to do a jury trial from beginning to end. “That’s important, but nowadays kids in my class say to me, ‘Pierce, why are we doing all these problems about trial work? Don’t most cases get solved by mediation?’ That’s the teaching of the new student. In my opinion, we have to teach and give experience to young lawyers in trial work.”

For his legal career and achievements, Hamblin was inducted into the University of Kentucky College of Law Hall of Fame in 2006.

Hamblin served as a Captain in the Army with intensive training in Military Intelligence. He is certified as a tactical intelligence officer and a counterintelligence officer. He received his JAG Degree from the University of Virginia College of Law. Hamblin is close to the nation’s veterans. He says, “I try to remain as active as I can with veterans because of my dad’s military experience and my military experience. Th at means a lot to me, to be able to help soldiers and veterans. I think we owe the world to our veterans.”

He and his wife, Sandy, have three children: Rachel, Rebekah and Walker.

When it comes to outside interests, Hamblin says that his hobby and his passion is the law. “Th e practice of law and mediation is something I enjoy personally. In 39 years of practice, I have never driven to work sad. I am like everyone else. I have tough days and what keeps me going is the fact that I enjoy this. Practicing law and mediating cases is my hobby. Th at keeps me going.”