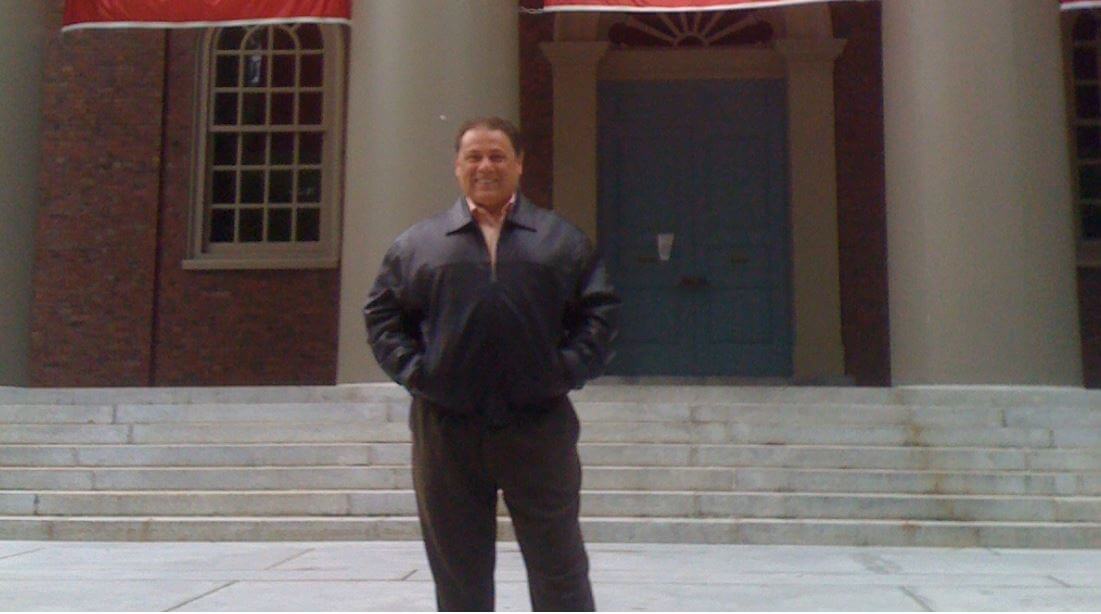 “I consider myself the equalizer. I wanted to become a lawyer because I wanted to change and apply the law in a way that really impacts and benefits people at all socio-economic levels. I believed it would be something I was cut out to do. It was also a business in which I could be independent, responsible and accountable for my own actions. I was going to be successful or not based on what I did or did not do – never to blame others,” says Robert Zarco, founding partner of Zarco, Einhorn, Salkowski & Brito, P.A.

Zarco’s focus on franchising is so intense that he has earned the title of “Franchise King.”

Always a Businessman Zarco’s family fled Cuba in 1961, when he was about 2 years old, and moved to New York. The family of four lived in the attic apartment at his aunt’s house. Within a year they moved to Miami and have lived here ever since.

“Cubans have an enormous work ethic. We leave little chance to fail – failing is simply not an option. We all had to survive as immigrants and we all strived to live well. Since I was a very young boy, I was always an extremely hard worker and I was very passionate about whatever I did,” he says.

He noticed at an early age, the success being achieved by fast-food restaurants and was intrigued by franchising. The long lines of happy customers at McDonald’s and Burger King impressed the young entrepreneur when he was less than 10 years old.

He started a landscape-gardening business at the age of seven. Not having the money for a lawn mower, he leased one. “I would charge $3 for a lawn – $1 for my partner, the owner of the lawnmower, $1 for me and I would pay the lawnmower a dollar. After six months in business, I bought out my partner for $200, which when you’re 8 years old is a fortune.”

Zarco ran the landscape business until he entered college. He attended Harvard College, paying his way by using some of his savings, obtaining student loans, cleaning toilets (the highest paying student job on campus), working as a security guard, and doing other odd jobs.

He graduated with a bachelor’s degree in economics from Harvard and was recruited by General Motors in New York. At the age of 23, he became a financial analyst responsible for more than $1 billion of inventory and product control.

He decided to enter the legal profession when GM wanted to promote him to Detroit as a financial auditor living on the road out of a suitcase. He graduated from the University of Miami Law School in 1985 and worked for two prominent litigation, trial firms for about six years and then decided to form his own law firm.

Leveling the Playing Field His early interest in franchising spurred a career specialization. “I wanted to represent the little guys who had no representation nor the financial ability to defend against abuses and arbitrary self-serving practices by the big guys – the franchisors,” Zarco says.

Zarco immediately realized that the little guy couldn’t afford high hourly fees typically charged in commercial litigation cases. He began to work out creative financial arrangements that would allow the franchisees to support litigation against the franchisor.

“With my creative financial arrangements along with my interest, commitment and passion to represent the franchisees – ailing and most of them damaged by the wrongful and illegal actions of some franchisors – I provided the franchisee with the key to the courthouse,” he says. “Without my progressive financial arrangements with the clients, most of which were contingency based, the franchisees would never have had a chance. We have changed that playing field – leveled it out. Our funds at this point are virtually unlimited. I don’t have to have as much money as the franchisors. I have more than sufficient funds to carry the case through trial. When the franchisor realized that we were not going to run out of money, they knew we were going all the way to game-day, to trial,” Zarco says.

Expanding the Firm’s Practice Areas Zarco has substantially expanded his firm’s trial practice into areas involving complex commercial litigation, hospitality and trademark law as well as commercial real estate transactions and litigation. His approach and record of success has created long-lasting client loyalty. Many of his clients have been with him more than 25 years.

Passion for the Law Zarco cites the extraordinary passion he has for the law as his edge over the competition. “Few lawyers love the practice of law,” he says. “Many pursue it and stay in it because it provides a good living. Many consider it a grind. For me, I can’t get enough of it. I love it that much.”

Although many would say that Zarco has made it, he is not the guy sitting in the corner office simply collecting checks. He is a working lawyer – taking depositions, attending client meetings, court hearings and going to trial. “I’m the guy who gets up and fights. I’m the lead trial lawyer in virtually every case in our law firm,” he says. “The reason I’ve had great success is my passion and love for what I do; my knowledge of the law; my dedication; my ability to understand the psychology in the multifaceted relationships that exist between me and my client, me and opposing counsel and his client, me and the judge. I try to be understanding and empathize with what is in the mind of most of these people.”

Family is Everything Zarco and his wife, Veronica, have five children and a highly active family life. “We are friends with our kids while not losing sight of the fact that we are most importantly parents. To us, family life is everything,” he says. He spends lots of quality time with his parents, siblings, nephews and lots of friends.

They have a home on the bay and enjoy family time outdoors, on the water and by the pool. They host a dinner every Friday night for their extended family and entertain as many as 16 to 20 family members at a time.

“I’m a person who has come from a very modest background and has done extraordinarily well as a result of my passion, dedication and commitment to my career, my profession and the people that I represent. I hate it when people say, ‘Thank God it’s Friday.’ It really upsets me. To me every day is a wonderful day. I love life and what I do each day,” Zarco says.