Stephen Bales: On A Mission Of Service To Others 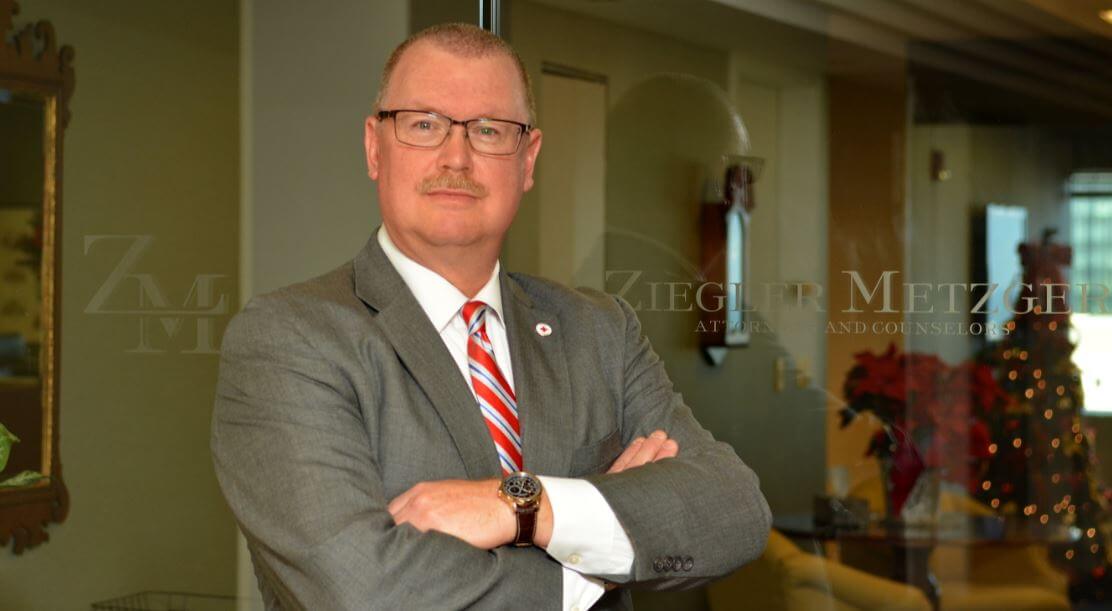 Serving others is nearly as inherent to Stephen Bales’ makeup, as eye color or height. It’s a consistent theme, generously interwoven through every aspect of his life and the compass that guides his way.

Although Bales considers himself a Clevelander, he began life in the quaint town of Schwäbisch Gmünd, Germany. It’s a charming community, situated within the northern foothills of the Swabian Jura Mountains on the Rems river, and he still dreams of one day returning. Unlike most “Army brats,” however, Bales did not experience the typical, constant moving usually associated with being the offspring of an Army officer. While he was still quite young, the family relocated to Ohio; first to Columbus and then in 1968, permanently to Cleveland, making it home.

Bales left the city for just a short time, to earn his undergraduate degree in political science at Rockford College in Illinois. Taking a year off from his studies, exploring options and examining his own goals, Bales worked for a while as a bank teller. It didn’t take long for him to decide that was not his destiny.

“I knew I wanted to do something more, something that would serve others,” he says. “Law school had always been in the background, and this break from school allowed me to solidify those ambitions.”

“Cleveland-Marshall was, and continues to be, an excellent law school,” says Bales, “and I formed many wonderful, lifelong friendships. In fact, it’s where I met my best friend, Kathy, who has now been my wife for 33 years. She was an intensive care nurse at Mt. Sinai Medical Center, and attending law school at night.”

They received their law degrees the spring of 1983 and were married the following October.

Loyalty, a first cousin to serving others, is another notable trait Bales possesses. While it’s certainly not unusual for attorneys, particularly those just starting out, to move from one firm to the next, Bales is something of an exception. He has been with Ziegler Metzger LLP, since 1981, when in his first year of law school he was hired as a law clerk. Over the last three decades Bales has built an impressive career, representing employers and former employees in trade secret and restrictive covenant disputes; real estate and other commercial litigation; as well as representing fiduciaries and other interested parties in estate and trust disputes. He’s also formed many friendships with clients and colleagues. In January 2016 his partners elected him as their managing partner.

“I’ve been associated with Ziegler Metzger for more than 35 years, and married nearly as long,” he says. “When you find someone or something that you like, you stick with it.”

While the new position comes with considerably more responsibility, Bales sees it as just another opportunity to serve others.

“It’s been an interesting year,” he says. “It’s also been a fun year and one that I’ve enjoyed. It’s been a rewarding experience to this point, but my focus remains on our firm, our clients and the communities that we serve. We have staff members here who have been here a little bit longer than me, which I think is a real testament to the firm’s culture. We take care of one another and we try to do right by everyone. I think that approach has carried over to not only our internal relationships, but with our clients as well. They believe in us because we believe in the same things. How you treat others is measurable; it’s palpable and people see it and understand it.”

According to Bales, the culture of caring was established with the founders Harold Ziegler and Roger Metzger, “whose explicit goal was to deliver counsel of good value to their clients on a consistent basis and treat partners, associates and staff with respect and high regard. Our 65 years of success and continued growth reflects this.”

“It’s nothing that I have brought,” he says. “It’s a culture that has been in place and grown over the years, and those values really have not strayed much. Roger Metzger’s son, Bob, and my partner, Bill Spring, have been here the longest, and are a large part of that continuity and foundation. They have both been open and encouraging to younger lawyers, such as I was once myself, and new ideas. Regardless of how strong a foundation, if you are not willing to change and adapt, that same foundation can be like a rock at the bottom of a river. All of my partners and predecessors have all made it a point of finding those adaptations that are important to us as well as to our clients.”

One major change for the firm, was the recent move to a new building. After 64 years in the same location, at the landmark Union Trust Building on Euclid Avenue, they set up shop in mid-October on the 10th floor of the 1111 Superior Building.

“I’m very pleased with the move,” says Bales. “While the space is a bit smaller than our old offices, it’s much more open and light. There are so many windows and the design is much more modern with lots of open space.”

He also praises the colossal effort by staff to make the move as seamless as possible. “I’m just so impressed by everyone,” he says. “They did an exceptional job making this happen. Needless to say, without that team effort it would not have been possible.”

“It was a great opportunity to put into practice for ourselves, how we meet our clients’ needs,” he adds. “We trusted ourselves and trusted each other. The result was a really positive experience; it was in many ways, a great team-building exercise.”

There are many more things to juggle these days, now that Bales is both a practicing litigator and managing partner. It’s a role that he seems to have slipped into easily and wears well.

“There are changes of course,” he acknowledges. “I am very focused on the firm. We’re a family formed from a collection of individuals who make up our firm, so my focus of course, has been on trying to do the right thing for everyone.”

In his efforts at the office and in his personal life, he’s taken a page from both his father and father-in-law, both military men. His father subscribed to the Army officer’s motto, “Take care of those you lead,” and his wife’s father’s Marine slogan, “Officer’s eat last.” Both aphorisms convey the same message, “take care of those you are responsible for,” and it’s something that’s second nature to Bales.

Scouting has played an essential role in Bales’ life as well, the values comprising much of the bedrock that guide his life. Achieving the rank of Eagle Scout, he continues his involvement with scouting.

“Outside of the legal profession, I am an active member of the Boy Scouts of America and a life member of the National Eagle Scout Association,” he says with pride. “I welcome the opportunity to meet with Eagle Scouts throughout northeast Ohio and to offer my assistance in helping them begin their careers after high school or college. Backpacking and hiking are frequent activities along with the shooting sports.”

Bales is the recipient of the Silver Beaver Award and the James E. West Fellowship award. He’s served two terms as president of the Greater Western Reserve Council in Warren, Ohio and remains active with the local Boy Scout troop.

“For me personally, the values that I have learned in scouting have been a pretty solid bedrock for the principles in my life,” he says.

He and Kathy have raised two children. Their son, Andrew, (also and Eagle Scout), and their daughter, Lauren. Both are college graduates, married and currently building their own lives.

“We feel truly blessed,” says Bales. “They and their respective spouses are wonderful, interesting people. We’re very proud.” He and Kathy enjoy hiking, backpacking, and share a love for the old vinyl music. Bales admits to being a bit of a baseball fanatic too.

“I’m an avid fan,” he says. “I have kept score books dating back to when my son was playing baseball. I’ve also had the pleasure of doing some coaching. The game has always been a huge part of my life.”

Once the last case is tried and he’s ready to relinquish his title as managing partner, Bales says he and Kathy hope to enjoy retirement. Even that, however, includes community service and helping others.

“It’s what gives us pleasure,” he says with a warm smile. “To serve others, especially those in need, is something of a mission for me. I think if I can continue on that course, things will just take care of themselves.”