Aarti Bhaga: A Symbol of Freedom 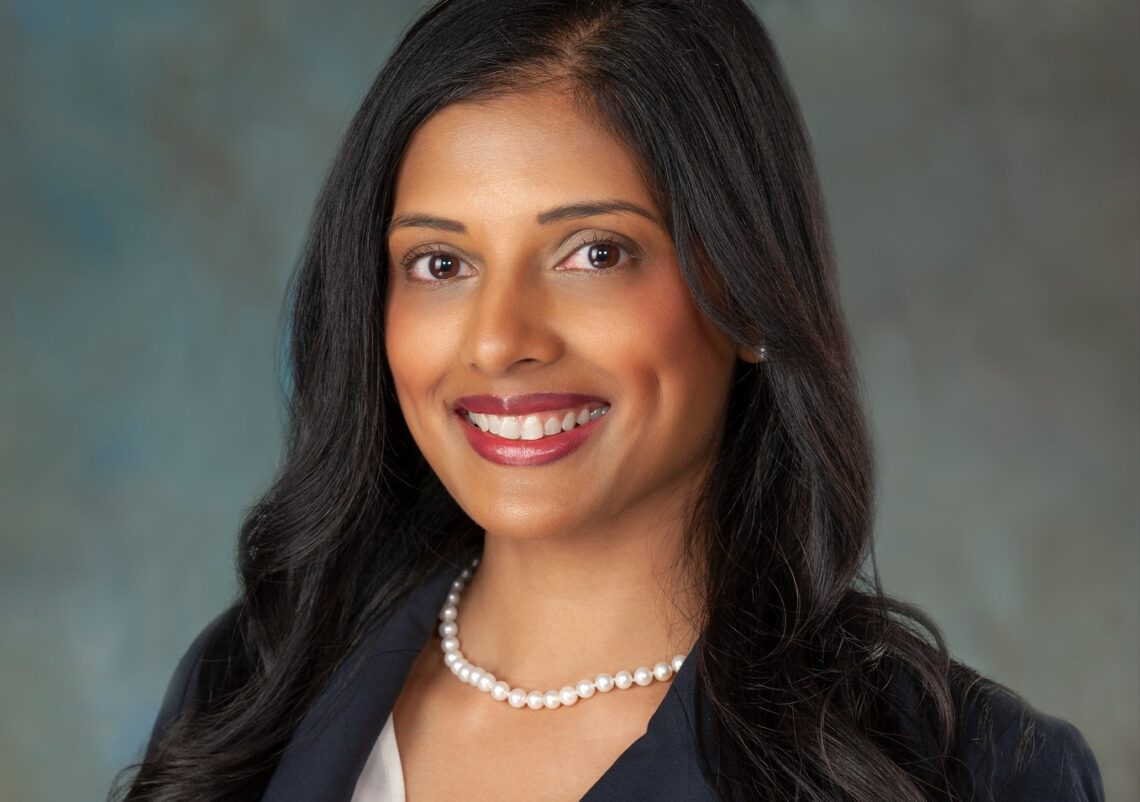 To be an Indian American child in school at the center of world events as monumental as the end of Apartheid in South Africa is a rare thing. Family law attorney Aarti Bhaga’s experiences growing up in the small town of Worcester, east of Cape Town, are what taught her the most. This is how Bhaga came to speak Afrikaans. And how she developed a deep appreciation for the fundamental principles of equality and liberty. This led her to seek a career path as the defender of people’s basic liberties.

“I try to approach all of my cases with this dedication and passion,” she says.

Growing Up with Political Change in South Africa

Bhaga was born in El Paso, Texas but her parents were born and raised in Worcester, South Africa, a region in the Breede River Valley known for wine production. Her childhood was split between Texas and South Africa.

“Going to school in two different countries,” says Bhaga, “shaped who I became and influenced me and the career choices I made.”

Her experiences in post-Apartheid South Africa taught her that real change needs time.

In the 1990 opening address to Parliament, Prime Minister Frederik Willem de Klerk declared an end to Apartheid, South Africa’s institutionalized racial segregation. In 1994, Nelson Mandela was elected South Africa’s first black president. In 1992, a Texan named Bhaga started fourth grade at Worcester Primary at a time when the school only permitted whites, Asians, and “Coloureds” – it had not yet been integrated with Black Africans.

“Being an American child at Worcester Primary was like being a symbol of Freedom to my classmates.” Bhaga says. According to her, she represented the nation that had overcome a legacy of racial oppression. A nation that had extended constitutional rights to those who had never known them before.

Some teachers viewed Bhaga’s presence as a potential threat to the classroom environment. One fourth grade teacher became fixated on her American-style cursive handwriting, vowing to improve it by making it “more South African.” As a 9-year-old raised on American principles, Bhaga’s handwriting was part of her identity, individuality, and uniqueness in a society where people were habitually classed by visible characteristics. In America, she freely expressed her individuality. In South Africa, “it was a constant struggle to maintain who I was.” This was the foundation for her determination to seek a career in the law.

Dancing Over Barriers with Bharatanatyam

While showcasing her Indian heritage through dance, Bhaga saw how teachers embraced her Indian culture, yet distrusted her “Americanness.” By performing Bharatanatyam, Bhaga created open, peaceful communication between two distinct cultures and expressed her individuality. “What they had taken away, I had replaced!”

Aarti Bhaga was destined for the law. She earned her Bachleor of Schience from the University of Texas at El Paso. She received the Top Ten Senior Award for academic success and outstanding commitment to the community. In 2009, Bhaga obtained her Juris Doctor from Arizona State University’s Sandra Day O’Connor College of Law. A Rule 38 certified student attorney in the law school’s Public Defender Clinic, she also clerked at the Capital Habeas Unit, Federal Public Defender Office, District of Arizona. Bhaga was also fellow in the law school’s Post-Graduate Fellowship program.

Today, Bhaga is wholly dedicated to her family law practice.

On Being a Family Law Attorney

As a family law attorney with Stewart Law Group, Bhaga’s personal sense of accomplishment is in the everyday acts that make a small difference in clients lives. And in helping them navigate the family court system. Clients look up to her and trust her. This allows Bhaga to be a source of support and a voice of reason for them. That is not to say there aren’t challenges.

In divorce and family law practice, the attorney sees clients struggle through some of the worst times in their lives. Clients want the attorney to fix all their problems. Some parties look to the court for a cure to every problem.

“But that’s not the court’s function,” says Bhaga. “Courts only have jurisdiction over certain matters. Judges only have discretion to do certain things in specific cases. For these reasons, sometimes going to court is not the best solution. That’s why there are alternatives available such as mediation, negotiation, and professional counseling.”

To Bhaga, one of the most important functions of the attorney is helping manage client expectations. Clients need to understand what can and cannot be controlled in the family law world.

Our Legal System Is a Good One, But It’s Not Perfect

Bhaga is frustrated by how slow and inefficient the legal process can sometimes be. A problem can be exacerbated “when some parties abuse the court system,” says Bhaga, “taking precious time away from those who really need that day in court. There could be more efficient, streamlined ways of dealing with certain issues. The court already does this with limited scope issues. For instance, child support modifications and enforcement actions regarding unpaid child support and medical bills are mostly handled by commissioners.”

Are there potential areas for improvement? Always. “We need to find ways to better facilitate the disclosure and discovery process and limit delays in hearings especially in situations where the parties are ready to have a final resolution.”

“We have an adversarial system of justice, but unfortunately some family law lawyers take adversary to a whole other level,” Bhaga adds. “One that creates a need for lawyers to inflict personal attacks on each other while under the guise of advocating for their client. It degrades the integrity of the profession. Maintaining a more cooperative working relationship between the family lawyers would help bring honor back to the profession and facilitate a better way of doing things. It will also put the lawyers and their clients in a better position for reaching settlement.”

In the current climate, it seems like a lot to ask. But experience has taught her that real change takes time.