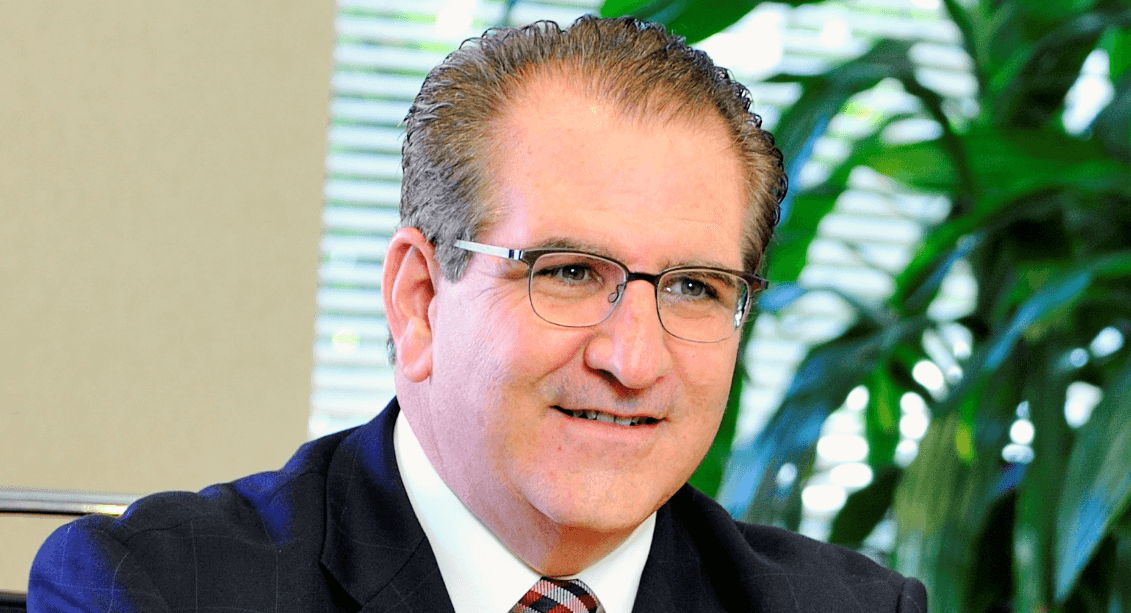 Markarian, Frank, White-Boyd & Hayes prides itself on being a “businessminded and problem solving law firm.” This philosophy guides the firm in its approach to handling all client matters according to David K. Markarian, the firm’s new managing partner who has an accomplished national legal career.

“We want our clients to understand that the financial success of their business and ventures is what we have at heart,” he said. “The firm has strengthened several of our core practices such as commercial litigation, asset protection, bankruptcy and alternatives to bankruptcy, government relations and business guidance. We have created a boutique culture where clients can feel comfortable knowing that we are capable of handling complex and multifaceted issues all in one place.”

Markarian’s leadership is built on his professional career and personal journey that constantly evolved as his path took him from local and state politics in Florida, to business and environmental litigation across the country, to environmental and clean energy lobbying for NextEra/Florida Power & Light on Capitol Hill in Washington, D.C., and back home again.

Growing up in South Florida, between the ocean and the Everglades, Markarian learned at a young age the importance of taking care of the environment. He credits his father with instilling in him a deep respect for our country, appreciation of nature and the value of conservation. Those core principles have shaped his professional work and brought change on a national level.

“As an Armenian immigrant, my father treasured the freedom of his adopted country deeply, and cared a lot about politics, the government and how it operated,” Markarian said. “Our mayor and congressmen were fixtures in our lives, and our family constantly followed and discussed local and national politics.”

Markarian’s involvement in politics heightened in high school and college when he participated in grass-roots efforts that built relationships with governors, Florida attorneys general and congressmen. After graduating from Florida State University with degrees in government and history, Markarian went on to earn a Juris Doctor from the University of Miami School of Law.

“I looked at the career path of a lot of politicians, and most of them went to law school,” he said. “My goal always was to get my law degree, practice law and then bridge off into politics at a certain point. I just fell in love with the law and never really left it.”

Markarian began his legal career in Miami with Haddad, Josephs, Jack, Gaebe & Markarian, and eventually established his own firm with two close friends. The firm later merged with Boies Schiller & Flexner, LLP, a national law practice where he focused on protection of intellectual property, securities and product liability litigation, and theft of trade secrets.

In 2004, Markarian had the opportunity to work for FPL/NextEra Energy, a Fortune 200 company operating in 26 states, Canada and Spain, with more than 15,000 employees, $15 billion in annual revenue and 9 million customers. His role as corporate counsel was to oversee legal and regulatory matters aimed at advancing clean and renewable energy development. “The key lessons that I learned there were how great businesses were run, and how to shape legal efforts to support innovative businesses,” Markarian noted.

Initially assigned to lead key litigation across the country to support clean and renewable energy development, he tried cases in big cities and small towns across the country. He won a landmark jury verdict in the case of Rankin v. FPL Energy Horse Hollow, the first jury trial in the nation brought by “Not In My Back Yard” plaintiffs against renewable wind energy. Affirmed by the Texas Supreme Court, the case was worth $1.2 billion to FPL/ NextEra. “It was a fascinating case because we meshed scientific evidence and logic to win an important case in a hostile environment far from home,” he said. Subsequent cases included crafting and executing regulatory strategy in Illinois, securing the right to build the Lee-DeKalb Wind Energy Center.

He was then responsible for leading internal and external teams in state capitols across the country to ensure legal-regulatory compliance and state regulatory affairs for NextEra Energy Resources, the company’s competitive branch. Ultimately, Markarian was named vice president of federal governmental affairs in Washington, D.C., where he crafted strategies to shape federal tax policy to ensure support of the company’s clean energy development. One of the highlights was testifying before Congress in support of natural gas infrastructure policy in July 2013. “It was an honor to be called before Congress to testify as a witness on a matter so important to our country and our economy,” he said.

Working in the Washington, D.C. political arena was interesting for Markarian, especially as an outsider. “Many people who operate in Washington went there after law school or college to work on Capitol Hill, and got used to the dysfunction and the slow pace of progress. I think an advantage for me was not having that experience. I was focused on getting things done under the gun, and presenting a different perspective to members of Congress. Given how competitive the world has become, American businesses need Washington to provide smart policy more quickly than has become the norm there,” he said.

In an effort to continue to promote clean energy to our nation’s policy leaders, Markarian launched a lobbying firm, APEX Mindshare, in Washington, D.C., to help innovation, technology and clean energy companies create effective strategies to boost their businesses and earn tax incentives.

After successfully accomplishing FPL’s objectives in Washington, D.C. and across the country for nearly a decade, Markarian moved back to Florida and became the managing partner of Markarian, Frank, White-Boyd & Hayes.

“I have been in the trenches working on some very complex national issues,” said Markarian. “Many Florida companies and organizations would like to use my experience to help guide them in their efforts with local municipalities, the state legislature and in Washington.”

Known for getting things done, Markarian said it’s more an attitude, crafting and executing smart strategies to ensure things are done in the proper manner. Working with the three other principal attorneys – Julianne Frank, Nadine White-Boyd and Malinda Hayes – Markarian said the firm’s core mission is to serve the interests of mainstream businesses and attempt to provide big league-level service at “Main Street” rates to reach out and serve people who are trying to make sound decisions about starting or upgrading a company or helping when a company is in trouble.

“I honestly go to work every day feeling like I help people, whether it’s helping them in court, or restructuring and reorganizing their businesses when they face trouble, or helping projects get developed and being part of economic development efforts. Getting things done and creating jobs.”

The firm is reaching out to military veterans, firefighters and police officers offering to make sure they have secure futures by offering wills and living wills at no cost. “We’re pretty excited about that,” he said. “We’re forming the 300 Club of Palm Beach, which is a way to raise money for firefighters and law enforcement officers who are injured or killed in the line of duty.”

Markarian is on the executive board of trustees for Northern Palm Beach Chamber of Commerce and is involved in community affairs, such as All Aboard Florida, the high speed train being built from Orlando to West Palm Beach to Miami.

Markarian was a supporter and participant in the University of Miami School of Law’s minority mentoring program. The same diversity is reflected at Markarian, Frank, White-Boyd & Hayes, where the firm has a collaborative and mentoring atmosphere to extend opportunities to women and minorities. Markarian said inclusion plays a chief role in helping the firm achieve efficiency, simplicity, honesty and compassion.