Gary Strickland: ‘Let’s Get Something Done’ 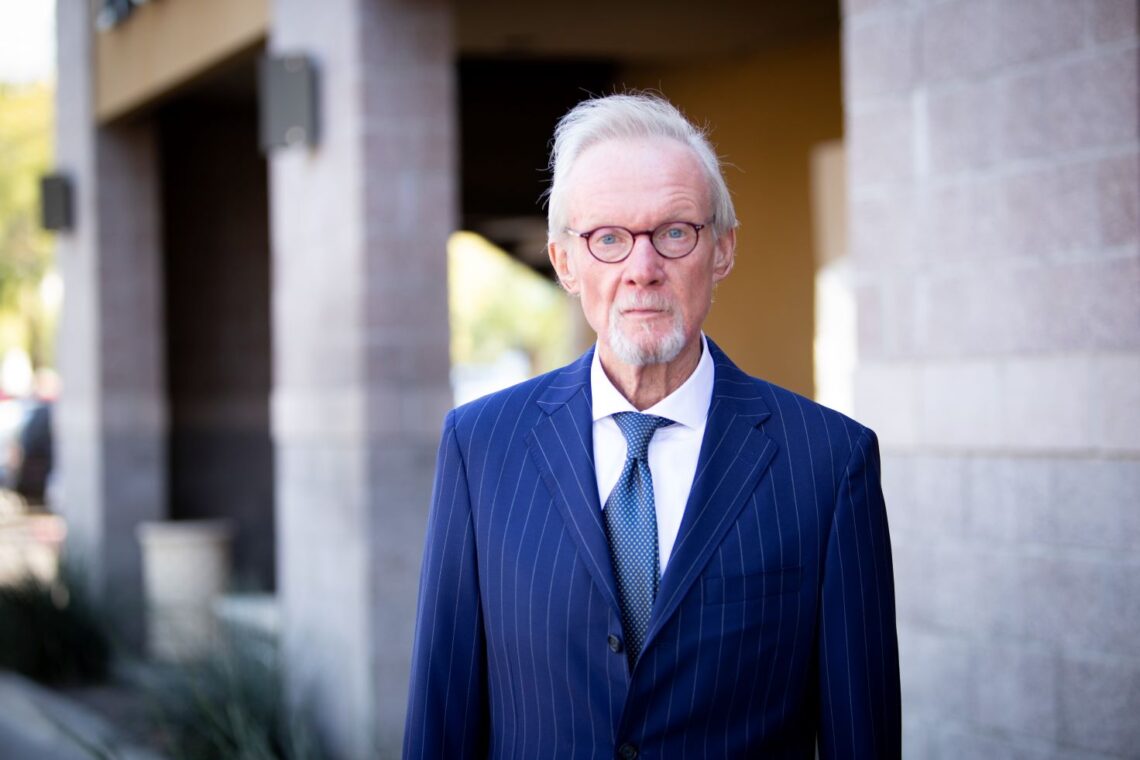 Gary Strickland recently joined Radix Law as a partner focusing his practice in elder law. Attorney at Law Magazine sat down with Strickland to discuss his career and the lessons he’s learned in his many roles.

AALM: Of the previous positions you’ve held – an administrative judge, deputy county attorney, etc. – which taught you the most?

GS: I have benefitted from a rich academic, professional and practical training and experience and, as we all do, have gained knowledge and wisdom from every endeavor. We are, after all, the sum of our parts; no chapter a throwaway.

In terms of my legal training and experience, it is my belief that exposure to a broader spectrum of knowledge significantly enhances an understanding of and a contribution to legal analyses. I think of the Roman poet Terence’s oft quoted iambic senarius: “homo sum: humani nihil a me alienum puto.” One might translate the verse this way:  “I am a human being, so nothing human is strange to me.” That sentiment can mean a lot of things and has been interpreted in many ways. I tend to think of it as meaning that exposure broadens the horizon and enriches our understanding. In other words, such a person is well-suited to “bring something to the table.”

As an example; the great Roman orator, philosopher and lawyer, Marcus Tullius Cicero (106-40 B.C.), wrote a piece titled “De Senectute” translated “On Old Age” that might have been written today. My legal practice includes a significant amount of time addressing “elder law” problems. Cicero’s advice in that context manifests wisdom that maintains relevance and deserves attention. It is a piece that ultimately understands perceptions of elder decline while advocating for human rights protection.

And so, in answer to the question, the “much more” taught me the most; and the “much more” has served as an enriching foundation for every discipline in which I have studied and every field in which I have labored. Every position has added depth of understanding and has afforded the privilege of serving alongside very talented and committed colleagues.

AALM: You continue to serve as a Maricopa County Superior Court pro tem. Tell us about that work. What do you enjoy most?

GS: As you probably have sensed, I have done a lot of teaching over the years at every level from university down to the prep school level. But it doesn’t stop there. In many respects, a judicial role is a teaching role; that in addition to a problem-solving role when rightly understood. It is my observation that both on the bench and by conducting mediations, which is what pro tems generally do, opportunity arises to constructively instruct and to problem-solve.

It is my intention that the effort serves the litigant well by paving a way toward resolution. It fits my temperament; it is a service that I gladly offer. It is a very rewarding endeavor in that the judicial officer is in a position to observe the outcome and measure the quality of the effort. And, a by-product is that the pro tem has the pleasure of supporting the work of terrific colleagues down at the courthouse, those on the bench as well as court administrative staff.

AALM: Tell us about your experience serving as an expert witness. In what capacity do you do that work?

GS: Frequently, I am asked to examine a problem in litigation and to offer counsel an evaluation of the issue presented. As one with a decision-maker’s temperament and an inquiring mind, I find it often quite challenging yet enjoyable to utilize my analytical skills to provide an answer to what is typically a “thorny” question. On occasion, I have been asked by the court to provide an expert opinion, usually on issues involving guardianship/conservatorship/adult abuse and exploitation and on issues pertaining to “capacity.”

For me to provide the best opinion, I first must be convinced. I’m not into obfuscation. There have been occasions, I have been told, where my report itself served to bring about pretrial resolution. When that is so, I am particularly satisfied.

AALM: Tell us about any mentors you’ve worked with through your career and the best advice they shared with you.

GS: I have had the privilege to work with a number of very gifted colleagues over the years. The one who stands at the pinnacle of those whom I admire and learned from was a university professor for whom I served as his graduate assistant. He taught me many things by word and by example. He taught me how to think, how to analyze, how to learn lessons from history, how to teach, and how to apply the gifts so cultivated. He was thought very highly of, if not revered, by everyone on campus, and internationally for that matter.

I will call attention to two vignettes.

First, he always acknowledged a student, whether walking across campus or at a store or at a game, by name or by the sobriquet “scholar.” He was a humble man; no student was insignificant as a person. (I think of another professor, also highly esteemed, but quite unlike my mentor. I remember riding with him in an elevator; another grad assistant came onboard and asked whether he knew the whereabouts of another grad student. His response: “Vat; I should be concerned with a student?” I kid you not).

Second, I was with him when he was informed that a final semester student had been caught cheating on an exam and would be failed in the course. After the meeting was over, he looked at me with watering eyes and said “that’s regrettable.” He said it with a broken heart and I knew what he meant; it was regrettable for the student. The thing is, this man had a heart. To be sure, his contributions to scholarship were immense. But, it’s the “little things” that make one truly great. Whether it be a student or client or colleague, it’s how you view the “other” that makes you worthy.

I also am reminded of a federal district court judge who befriended me years ago. I remember being in his chambers the morning that a trial was scheduled to go out. There were several parties to the litigation and they were close to settling, with one “holdout.” He looked at counsel for the “holdout” and merely asked, in a quiet tone: “Counsel, shouldn’t you make a phone call?” Within a few minutes, the phone call was made; the case settled. The judge told me to hang around afterwards. He began to bewail that this was how things used to be. “It used to be, counsel could get things done.” He advised me to always be ready to “help get things done that ought to be done.” (By the way, this was 35 years ago; he had been appointed a federal judge during the Truman administration).

My goal has always been, “let’s get it done.”

AALM: What are some of the challenges facing the elder law industry today?

GS: Very briefly: (1) Familial mobility (families no longer remain living in the same community; many, if not most, elderly people find their relatives living far from their homes. (2) Financial exploitation is rampant in our society. (3) Failure to understand that mental “capacity” is fluid (merely a diagnosis of dementia, for example, renders the perception that the elderly individual has “lost it all”). (4) A failure to protect an elderly person’s human rights (for example, the practice of sequestering the individual in a nursing home, memory care unit, and denying interaction with someone, relative or otherwise, with whom the elderly patient would enjoy continued interaction. This is often done ostensibly to protect the individual and their assets but there may be less honorable motivation behind the practice.) (5) Reliance on private fiduciaries. Courts are forced to turn to private fiduciaries when there are no alternatives. That’s understandable and there are many outstanding private fiduciaries out there. But, unfortunately there are terrible abuses within the system.

AALM: What do you do in your life outside the office?

GS: Follow the adventures and admire the accomplishments of five wonderful children and 11 perfect grandchildren, who, unfortunately, live too far away; travel with my wife who is originally from Thailand; read (a lifelong endeavor); workout (not as often as I would like); and lecture.