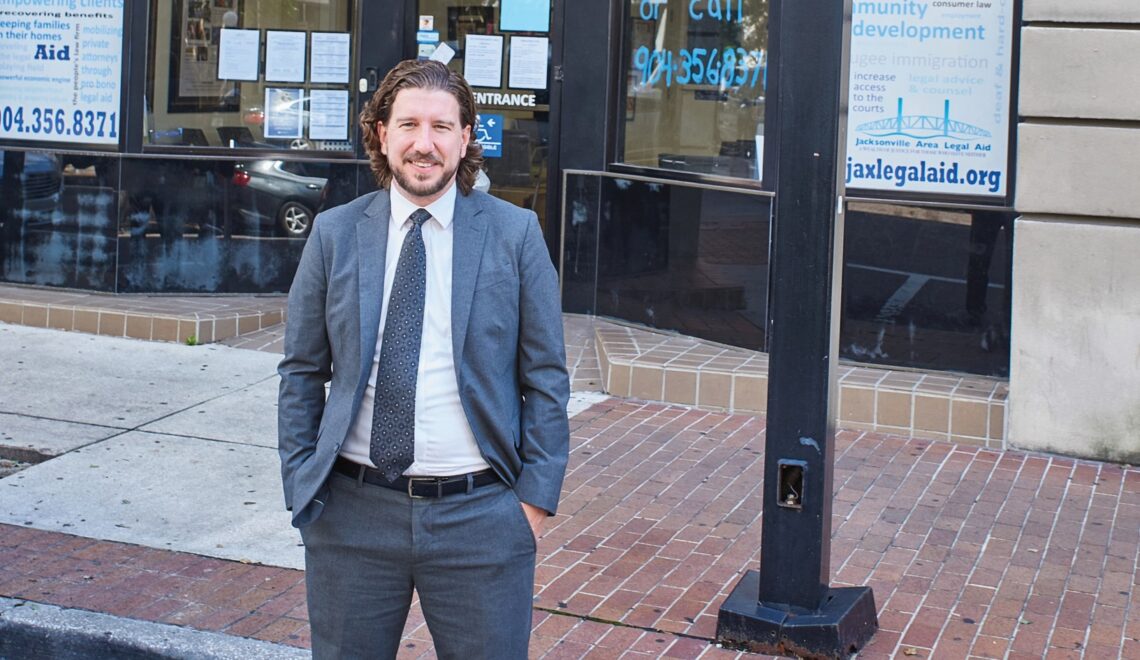 “What will happen is someone is standing in line at the grocery store, they’ve got a kid in the grocery cart, which is all loaded up, and they go to pay and their debit card gets declined. And they think, ‘Why did that happen? I’ve got plenty of money in that account.’ And they sheepishly step out of line and call their bank, and they are told, ‘Your bank account is being garnished because there’s this judgment out there.’ And it’s usually for a company they’ve never heard of.”

In fact, this was precisely the scenario one of his clients recently experienced.

“This person called me and said, ‘I don’t have a judgment.’ Sure enough, we looked into it, and there was not a judgment. We were able to resolve the case favorably for the client, but that’s a typical fact pattern.”

Banks, debt collectors, and credit reporting agencies can and do make mistakes, and when they do, they create a cascading effect.

“You can’t make the car payment, you can’t pay the rent, you can’t buy groceries, you can’t fill the car up with gas,” Thoresen said. “Now all of a sudden because of this garnishment, a local landlord is not being paid, a job is being lost in the community, a family is being made homeless, and now maybe they’ve got to go to a shelter or get on public assistance where otherwise they’re working a job.”

Thoresen leads a team of four lawyers and two paralegals who not only help individual clients put their nightmares in the past, but also work to effectuate broad change through individual and class action litigation and policy advocacy involving the mortgage foreclosure process, payday lending, title lending, fair credit reporting, tenants’ rights, and other consumer issues.

He believes consumer advocacy not only helps people, but also those businesses that do the right thing.

“If I’m buying vehicles that were flooded out in other states, washing car titles and selling them here without disclosing defects, I’m able to buy them cheaper and have a bigger profit margin,” Thoresen said. “The honest auto dealer is at a competitive disadvantage now. Consumer lawyers like us level the playing field. We’re helping the businesses that are playing by the rules.”

That is part of the reason Thoresen’s work is so critical, said JALA CEO Jim Kowalski.

“Most people assume legal aid lawyers are bad for business. They are not – they are bad for bad businesses – the ones that make other banks or car dealers or home repair companies look bad,” Kowalski said. “Adam’s team demonstrates that reality every day, and because of Adam’s leadership in litigation, that point gets made in court, and our community is the better for it.”

The National Consumer Law Center named Thoresen a Rising Star for what Kowalski described as “his groundbreaking work in, among other things, class actions involving tenants.”

“This recognition continues JALA’s excellence in consumer litigation, housing, domestic violence advocacy, immigration, and other areas,” Kowalski said. “For example, we are the only law firm in Florida to have two Florida Bar Consumer Protection Lawyers of the Year on staff.”

Thoresen said the Rising Star Award was especially meaningful to him because it was given by an organization whose lawyers have mentored him. He also appreciates the many notes he receives from grateful clients.

“Those little things really go a long way to making this a fulfilling career and making me feel happy about what I’m doing,” he said.