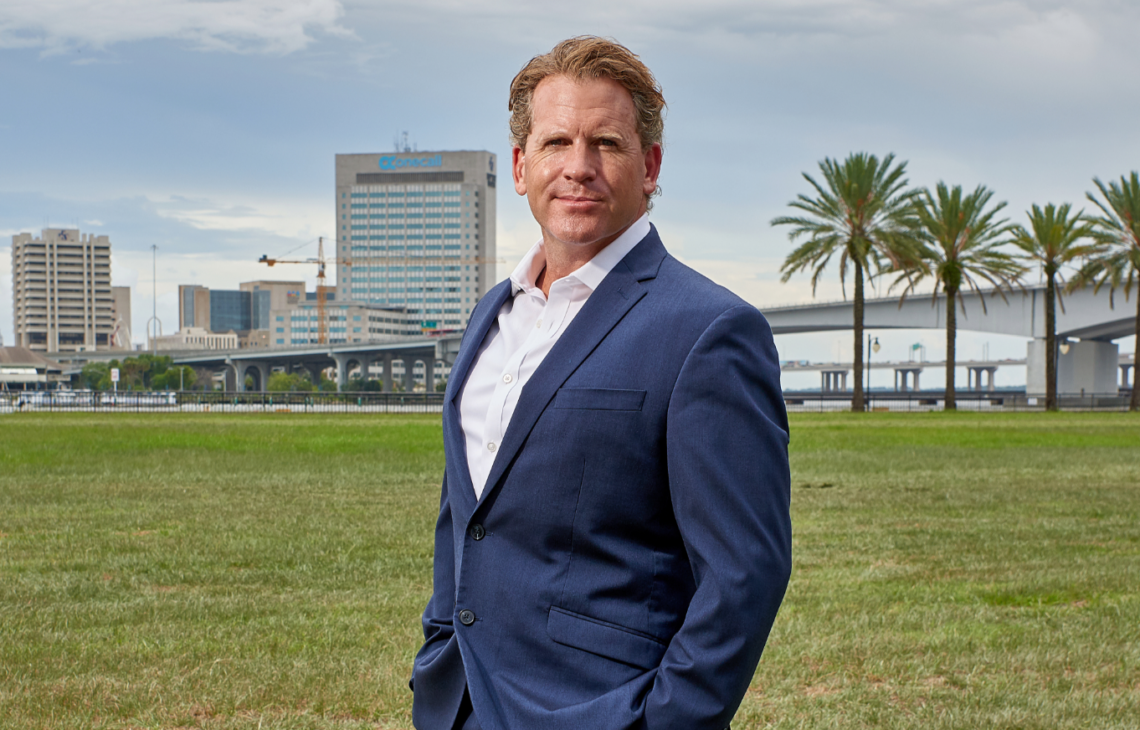 Attorney at Law Magazine First Coast sat down with Keith L. Maynard to discuss his career in the latest Litigation Spotlight.

AALM: What drew you to a career as an attorney?

KM: I didn’t realize it until I was practicing already. During my first Public Defender trial I yelled out “Objection” and the judge said “Sustained”. Not a big deal, but I recall thinking, “Yep, you’re a trial attorney now.” Of course, I was not a trial attorney, but I wanted to become one.

I always wanted to become an FBI agent like my father. To improve my credentials, I joined the Army at 18, graduated college as a commissioned officer, and applied for law school.

When I passed the bar exam, the FBI was on a hiring freeze, so. I accepted a job as a public defender. After that first trial, I never looked back.

AALM: What drew you to litigation?

KM: The challenge and the impact. Litigators have to convince a group of total strangers, who distrust attorneys, to pay your client money. Our clients have suffered catastrophic losses. They want to tell their story and wait years for that opportunity. Trial attorneys are often their last hope. Great trial attorneys can captivate a jury. Jurors will sit forward and hang on their every word. Seeing that firsthand is remarkable. Learning those skills and impacting my clients’ life is what drives me.

AALM: Tell us about your current mentors.

KM: I consider Bob Spohrer and Steve Browning to be mentors. Both are highly experienced trial attorneys who approach the law in different, but equally effective ways. Bob is fearless and creative. He is a master at developing theories of liability that are often overlooked and methodically chipping away at defenses to hold tortfeasors to account. Steve is similarly skilled at finding coverage for our clients’ injuries where seemingly none existed. He is also an excellent strategist and incredibly fun to try cases with. They both have an enthusiasm for litigation that is contagious and seems to motivate everyone at the firm.

KM: My wife introduced me to Bob Spohrer after I returned from a deployment to the Middle East. After several lunches and meeting the other partners, I knew I wanted to be a part of this law firm. Bob told me about litigating against Blackwater and the CIA, a helicopter crash in Kenya, and an Air Force beer run gone wrong in Timbuktu. I was amazed at the complexity of the cases and impressed by how welcoming the attorneys were. Each attorney is highly experienced and contributes to each other’s cases. That collaborative environment is the type of practice that I have always wanted to be a part of. It is what makes our firm successful at litigating difficult cases.

AALM: What types of cases have you handled at the firm?

KM: A wide variety. I recently finished collecting judgments (for gunshot victims) against a rapper and his manager by garnishing their royalties in New York and Delaware. We successfully represented the parents and widow of two soldiers killed in a helicopter crash in Afghanistan. We also represented the family of a crew member from the El Faro. Currently we are investigating an F/A-18 crash in Japan, litigating a military ejection seat case in New Mexico, litigating a B-17G crash in Connecticut, representing a retired MLB coach in chewing tobacco litigation and representing the widow of a crewmember who died fighting fires last year in Australia. We also represent passengers on the Miami Air crash that landed in the St. Johns River last year and recovered damages for over 30 students from a shuttered educational program. The variety of cases keeps things exciting.

KM: For most of our clients, money is not the goal. They want to be heard. They want the person or company that injured them or took their family member away to take responsibility and promise to do better. When we resolved a crash that killed two soldiers, the defense attorneys agreed to tell our clients what steps the company was taking to prevent an accident like that in the future. When we left, the mothers hugged the defense counsel and thanked them for their sincere words.

AALM: What is a lesson you have learned from litigating complex cases?

KM: It sounds basic, but you have to be familiar with every detail of your case. I am often surprised by the overconfidence of opposing counsel when I have seen damning evidence in their discovery. In our cases there tends to be discovery involving volumes of technical documents. My paralegal Sarah and I go through it all page by page which can take years. I have attended multiple hearings and mediations where opposing counsel did not know what they had given me. Instead, they rely on an expert or the defendant to advise them. I think that is a huge mistake.

AALM: Working with senior partners, what is a trait they have that you would like to carry through to the next generation of lawyers?

KM: The partners I work with all have two traits in common that I think every young attorney should seek to emulate. They are confident yet modest. The confidence comes from their vast experience and thorough preparation on every case. The modesty comes from their understanding that there is more than one effective approach to every case and that there is always more to learn.

AALM: What experience in the courtroom has taught you the most about being a good litigator?

KM: Early in my career I defended a teenager charged with resisting arrest. He was jumped by some kids because he was black. The police who responded let the assailants go but decided to search my bloodied client. He refused the search and began slowly walking away. The officers tried to place my client under arrest, and he resisted. My client was then slammed on the hood of a car and taken to jail for several days.

During the bench trial, I called five eyewitnesses to testify. After the third witness, the judge, whose docket was behind, wanted me to stipulate to the last two witnesses’ testimony. I refused, knowing the importance of the last two witnesses’ testimony. The judge exploded. When they finished, the judge realized his mistake and apologized to me in front of the crowd. His verdict, “not guilty.”

I learned from that experience that if you are prepared, trust yourself at trial. Also, own your mistakes even if it means losing face in public. That judge earned my respect that day.

AALM: What are you most proud to have accomplished thus far?

KM: A great family. I am extremely proud of my wife Jennifer, who is a well-respected family and sports medicine physician at the Mayo Clinic and the mother of our two beautiful children. We have built a life here , both professionally and personally, that has exceeded our expectations.