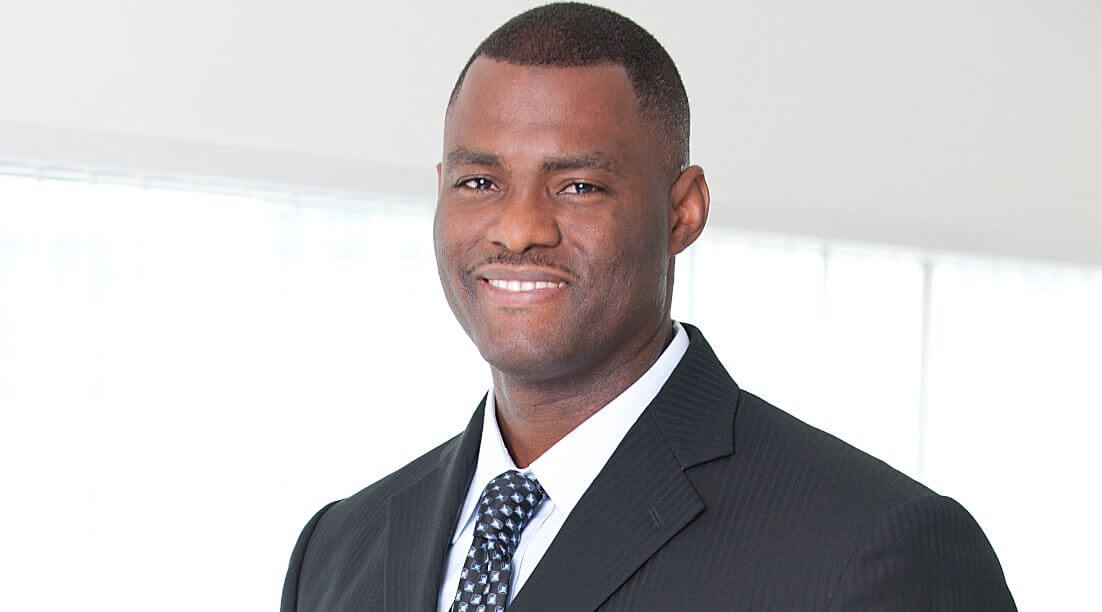 Born and raised in Port-au-Prince, Haiti, Markenzy Lapointe has come a long way from his humble and sometimes turbulent beginnings. A multi-lingual commercial, federal criminal and high-risk product liability attorney fluent in Creole, French and English, Lapointe has taken nothing for granted on his rise to his current role of partner for Boies, Schiller & Flexner LLP.

A second career for him, Lapointe began working for a bank for a few years after graduating from Florida State University with a degree in finance. “There was never a defining moment when I decided to become an attorney. Growing up in Haiti, I have always had an appreciation for the role of law in the context of social justice,” said Lapointe. “For someone of my humble beginnings, it was also clear to me that becoming an attorney might be a good vehicle toward the opposite side of the socioeconomic spectrum, as my dear mother always emphasized education was the only way out.”

With that knowledge, Lapointe applied for and was accepted to Florida State University’s College of Law. Shortly after graduation, Lapointe worked as a law clerk to Justice Harry Anstead, a man whom he greatly admires. “To this day, I am grateful to Justice Anstead, not only for hiring me, but also for his values. This is a man of infinite belief in the human spirit and who also never dwelled on the negative. I found myself very fortunate to learn about law from his perspective.” Loyalty and gratitude are very important to Lapointe, so he makes sure to recognize those who have been instrumental in his career, which also includes his friend and Boies, Schiller & Flexner partner, Luis Suarez, who brought him to the firm and helped him navigate the waters initially.

Immediately prior to joining his current firm, Lapointe served as an Assistant U.S. Attorney where he garnered immense respect from both defense attorneys and their clients alike. “The best compliment I have ever received came when I was a federal prosecutor. I was always touched by defense attorneys who would tell me how they appreciated my sense of fairness and respect with which I treated them and their clients despite fighting hard to ensure that justice was done. As a prosecutor, there is no better compliment than being fair because you have tremendous discretion and enormous power, and showing the appropriate responsibility in exercising that power is essential.”

While his belief in public service plays an important role in Lapointe’s life, he is happy with his decision to join his current firm six years ago. “I have been fortunate to work on a variety of commercial litigation and product liability matters which serve a broad base of clients while still attending to the pro bono and community service work I cherish. I’m aware of no other place in town where I’d have such an opportunity.”

True to his word, Lapointe accepts many pro bono opportunities and was awarded not only the Daily Business Review’s Most Effective Attorney Award, but also Put Something Back’s 2010 Pro Bono Award for his work reuniting a Haitian baby with her family in the aftermath of the earthquake that struck the country that year. “This took a great deal of time, but was a personally rewarding experience for me.”

Between his grueling caseload, involvement in community and pro bono opportunities, Lapointe sometimes feels like he’s juggling so much that it may fall apart, especially given that time in the office and in the community means time away from his family. While he doesn’t claim to have a better handle on a work/life balance than anyone else in this game, he enjoys a simple life without any fancy hobbies. When he’s able, Lapointe tries to combine work and pleasure by bringing his wife and three children with him for long weekends when he’s working out of town. Th at said, Lapointe noted, “The fact of the matter is that we’re in a client-first business and when the call comes in either from the client or to attend to a client’s needs, I don’t need to spell out how that usually goes down.”