Roy Black: Educate From Within 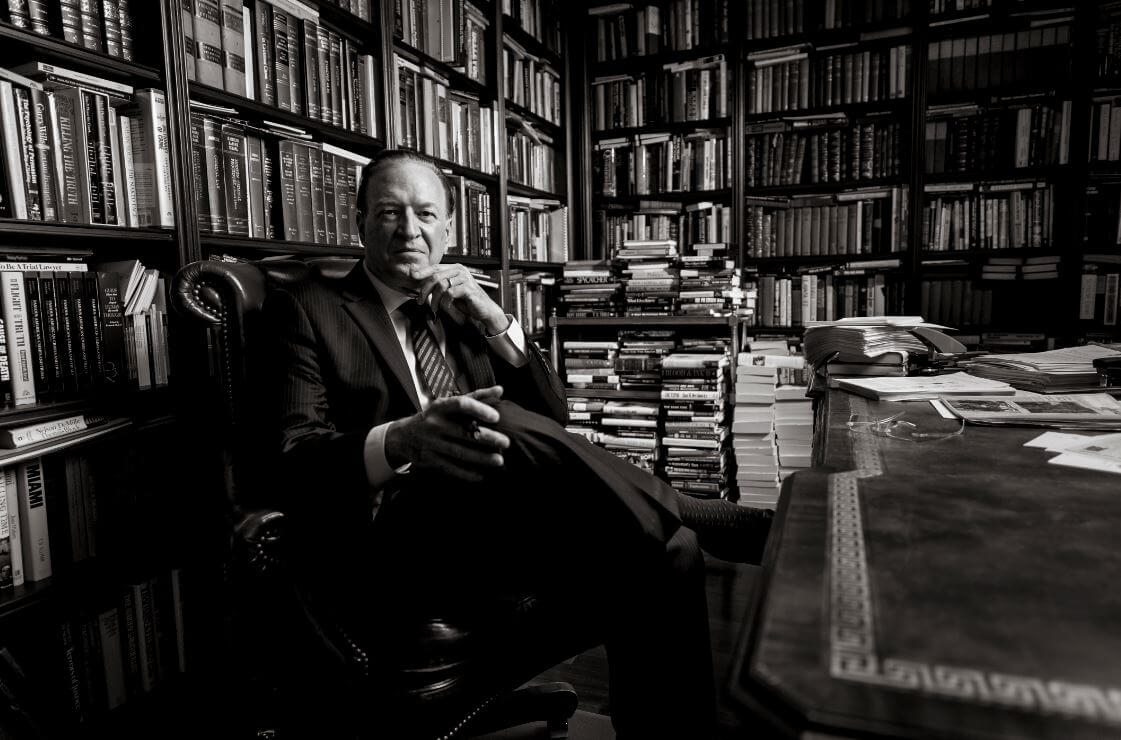 Attorney at Law Magazine Miami Publisher Rhenne Leon sat down with Legal Legend Roy Black of Black, Srebnick, Kornspan & Stumpf, P.A., to discuss his career, his inspiration, and his plans for the future.

BLACK: I gained a burning desire to become a lawyer from being discriminated against.

I moved to Jamaica when I was still in high school. My new school was grandly named Jamaica College (JC). A British “public school” that was not public at all. One teacher in particular seemed to hate me – my math teacher. He detested me, either because I was an American or I was white. He would force me to stand at the blackboard and do math with the intricate arithmetic of British money – pounds, shillings, guineas and even pence, while my fellow students smirked and giggled at my ignorance.

Yet I owe that hateful teacher. By subjecting me to injustice, he taught me to love justice. By inflicting pain and humiliation, he awakened my heart to compassion and mercy. He allowed me to find my mission in life. Fight against prejudice, battle the oppressors, support the underdog, question authority, shake up the system and embrace those who are placed last, to whom the present is bleak and the future without hope.

BLACK: Napoleon Hill wrote: “Education comes from within; you get it by struggle and effort and thought.” I have spent a lifetime in reading and self-study. When I started as a public defender there was little or any training in trial advocacy. This is long before YouTube and DVDs full of practice tips. I had to learn it the old-fashioned way – out of books.

I devoured F. Lee Bailey’s practice manuals: “Investigation and Preparation of Criminal Cases” and “Successful Techniques for Criminal Trials.” I learned how to analyze the crime scene evidence from Paul Kirk’s books: “The Crime Laboratory” and “Crime Investigation.”

I learned forensic pathology by studying the trials of Carl Coppolino, a doctor accused of murdering his wife and his paramour’s husband by injecting them with succinylcholine chloride. One of the best true crime books, “No Deadly Drug” by John D. MacDonald, describes in detail the legal and medical issues and facts in Coppolino’s trials. Reading about the Coppolino case caused me to hunt for and find other texts like “Legal Medicine: Pathology and Toxicology” by Milton Helpern, the medical examiner, and Charles Umberger, the toxicologist, from the Coppolino trial. It is an exhaustive text on autopsies, full of photographs and diagrams. My copy is worn and beat up, but the 1350 pages sit in an honored place in my library. I spent many hours dissecting these books and many other which I filled with effusive marginalia.

BLACK: I have taught courses in evidence and trial advocacy at the University of Miami for the past 45 years. I enjoy working with students then pushing the best of the best on a path to becoming the next generation of great trial lawyers. This legal community has always been blessed with great trial lawyers. I want to see that tradition not only continue but surpass its excellence.