It’s All Happening at the Zoo 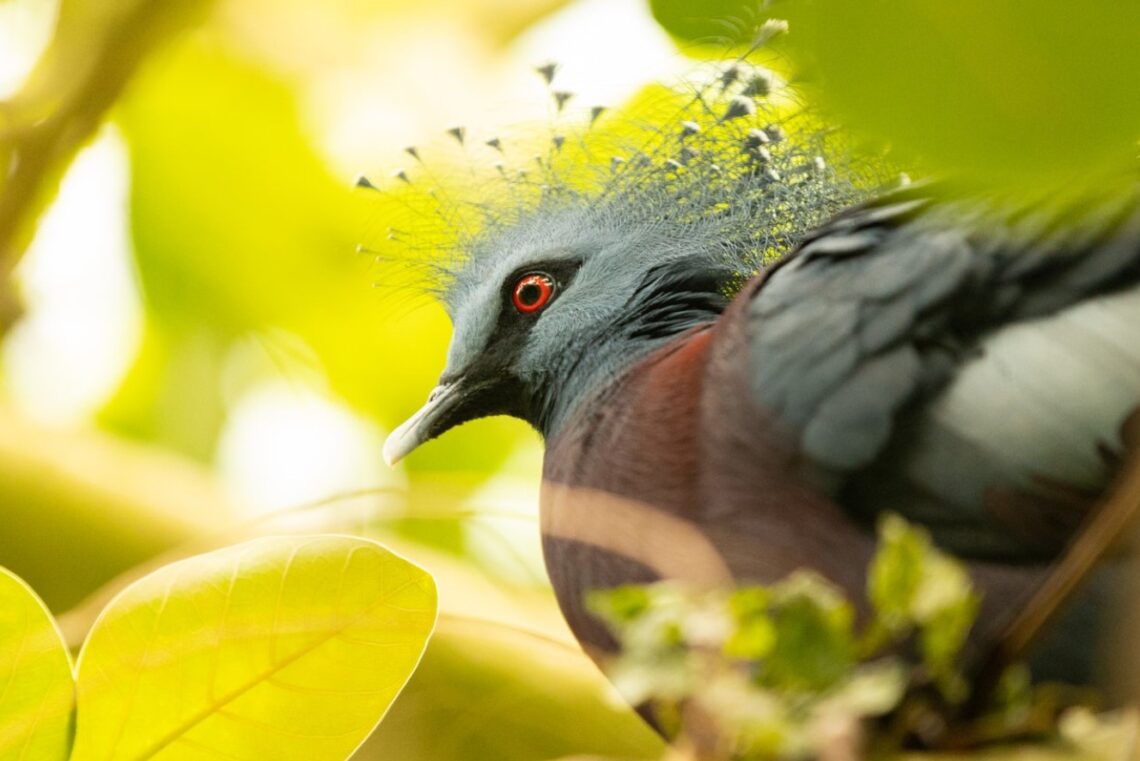 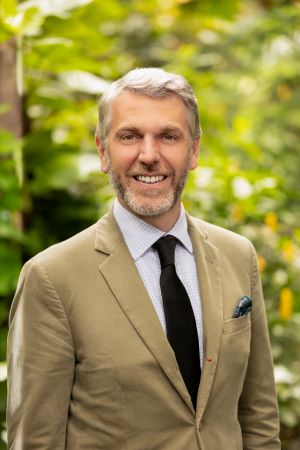 When Chris Scott gets burnt out reviewing contracts or writing grant proposals, he walks two minutes from his office to see one of his clients. “The big male polar bear loves to swim. It’s soothing to watch him splash around in the water,” said Scott, who is development officer and corporate counsel for the NC Zoo Society.

The state owns the zoo’s grounds, and the bricks and mortar. Its approximately 225 year-round employees work for the state. The NC Zoo Society is the nonprofit funding arm of the zoo. 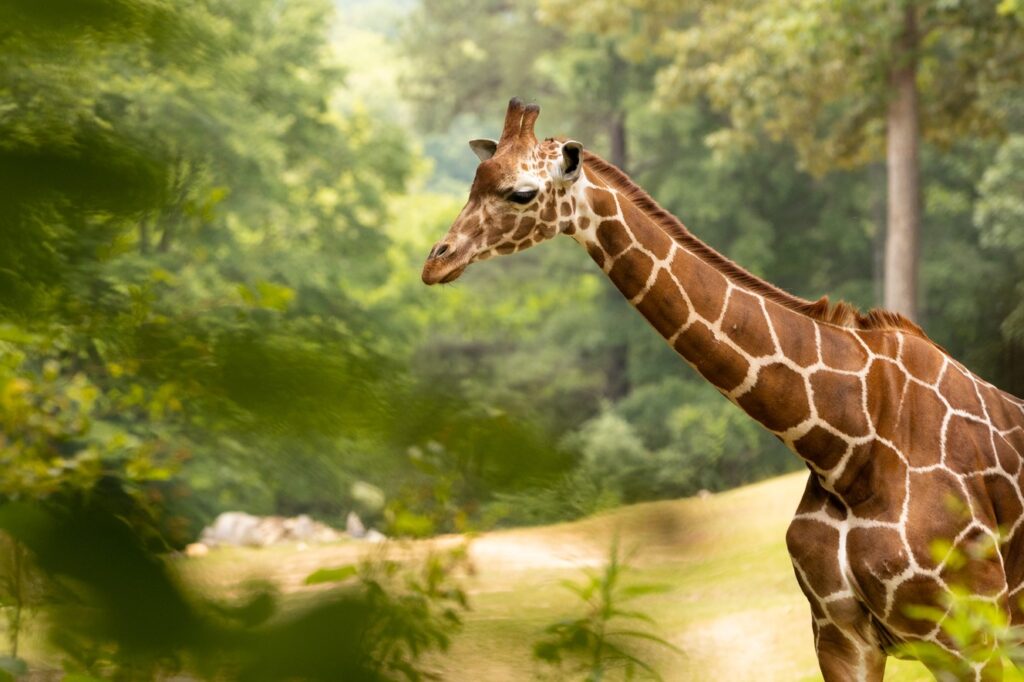 “The state has projects they want done, and they come to us to help try to find the money,” said Scott. In 2019, the society donated over $4.5 million. The zoo’s overall budget of $22 million consists of about half from the state and the rest a combination of earned income, rentals, concessions and donations. 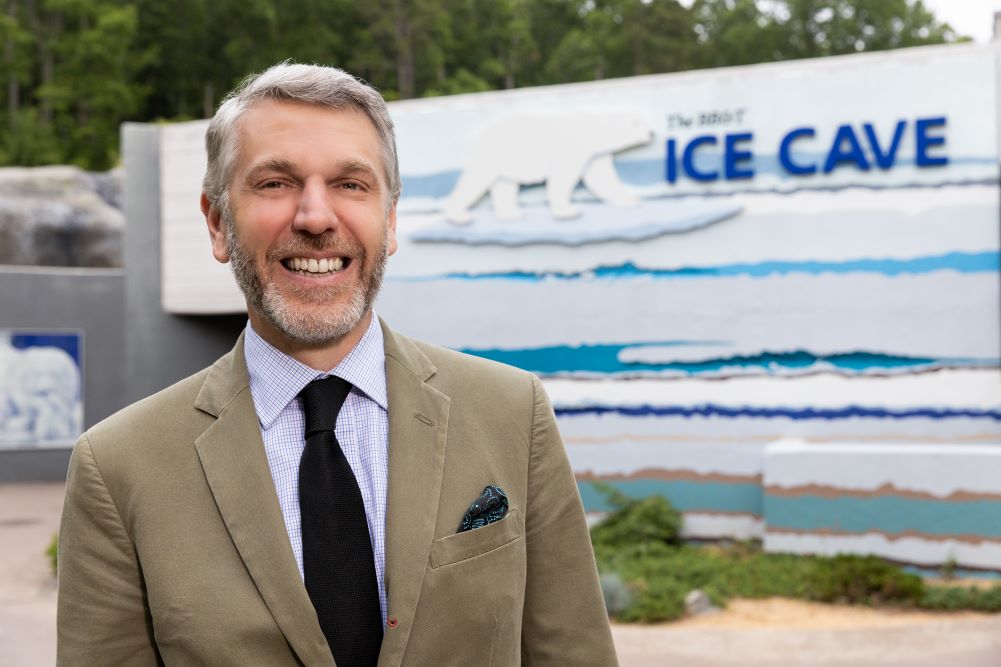 Scott negotiates gifts from estates and corporate donations to fund projects like the Polar Bear Ice Cave. “Sometimes we get a letter from an attorney saying so-and-so left you this money, and here’s a check,” explained Scott. “Other times, it can be a lot of heavy lifting when people leave us the whole estate, then we’ve got properties to deal with and stocks and securities to transfer. Right now, we’re dealing with a gift from an estate that requires opening ancillary probates in Texas and New Mexico.” 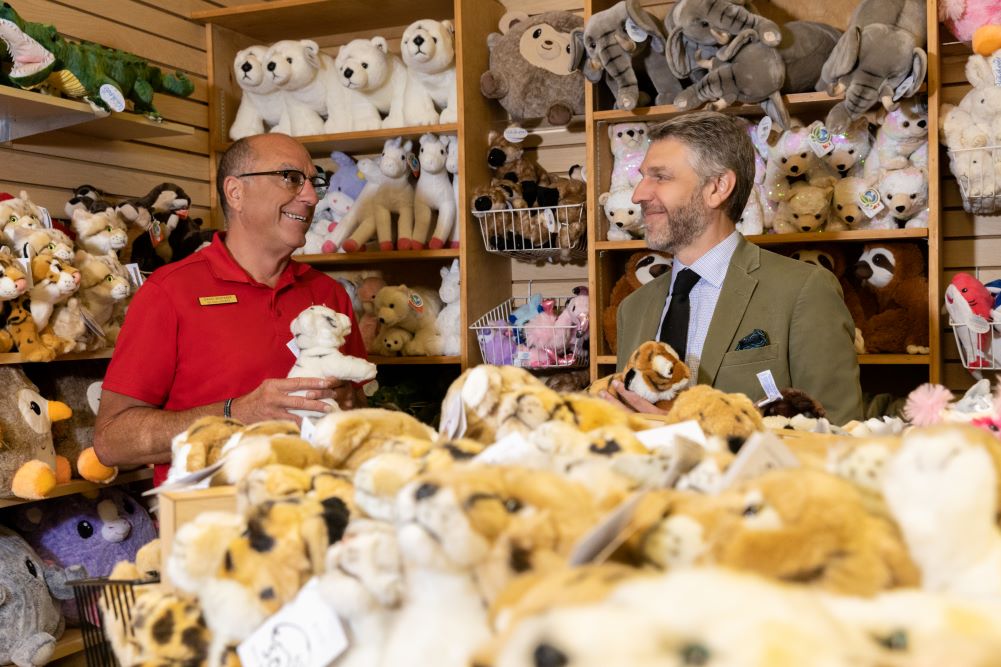 Retail Director David Whitaker and Scott. The society operates the gift shops, which, in 2019, generated net revenues of just over $1.1 million. Scott reviews contracts with some of their 87 suppliers. He is currently assisting with negotiations for new leases on the shops with the state. Gift shop employees work for the society. Depending on the season it has 25 to 60 employees to help with fundraising and related projects. Scott handles some of the employment agreements. 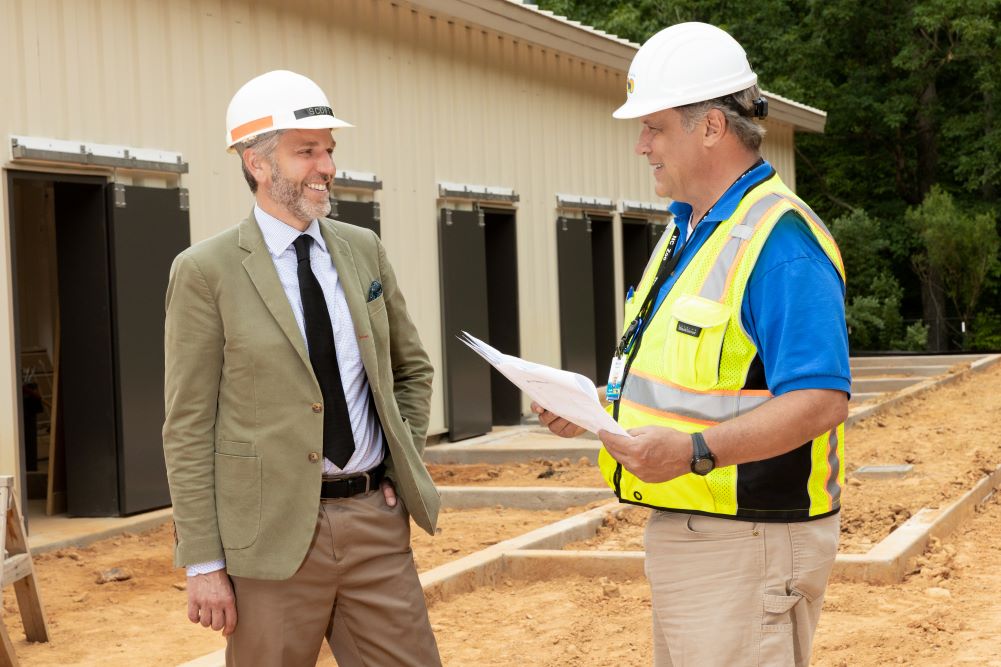 Scott and Director of Planning and Construction Gerry Parker. The zoo is building Asia, and in the design process for the Australia habitat with an estimated cost of $70 million. The state is overseeing the projects. The society is committed to raising $50 million in a capital campaign for Asia and Australia. Scott is negotiating some of the grant agreements with donors, such as recognition on signage in the park or in zoo publications. 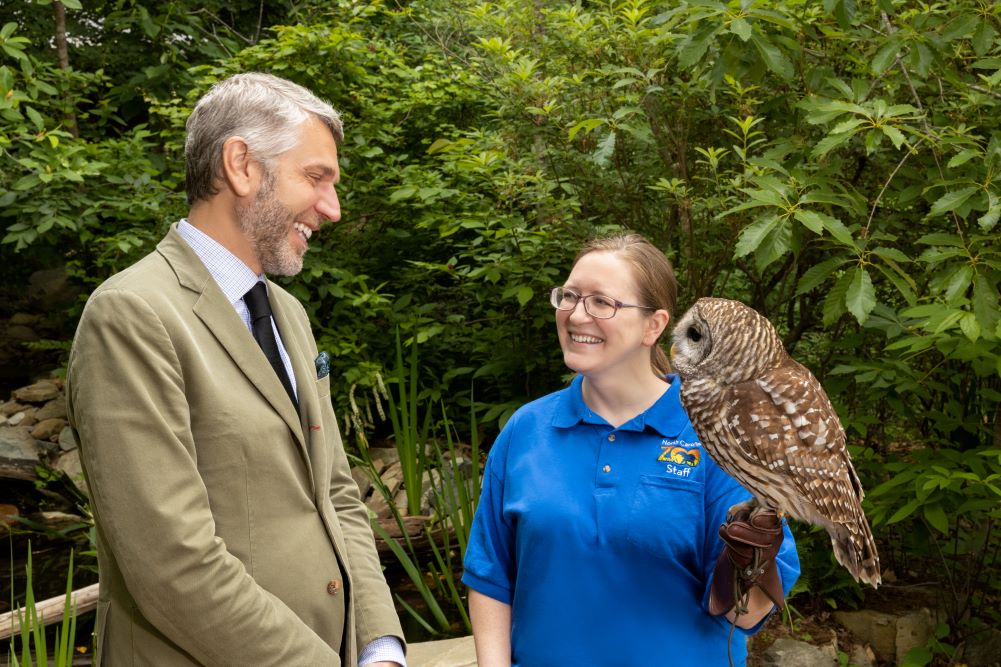 Scott, Education Coordinator Cat Clausen, and Terra the Barred Owl. Most of the time, animals belong to the zoos where they are born. If the North Carolina Zoo wants to borrow an animal from another zoo for mating or another zoo wants to borrow from the North Carolina Zoo it is handled through the Association of Zoos and Aquariums. Scott gets involved when the society is helping to pay for the transportation of animals or if scientists are going to a foreign location. 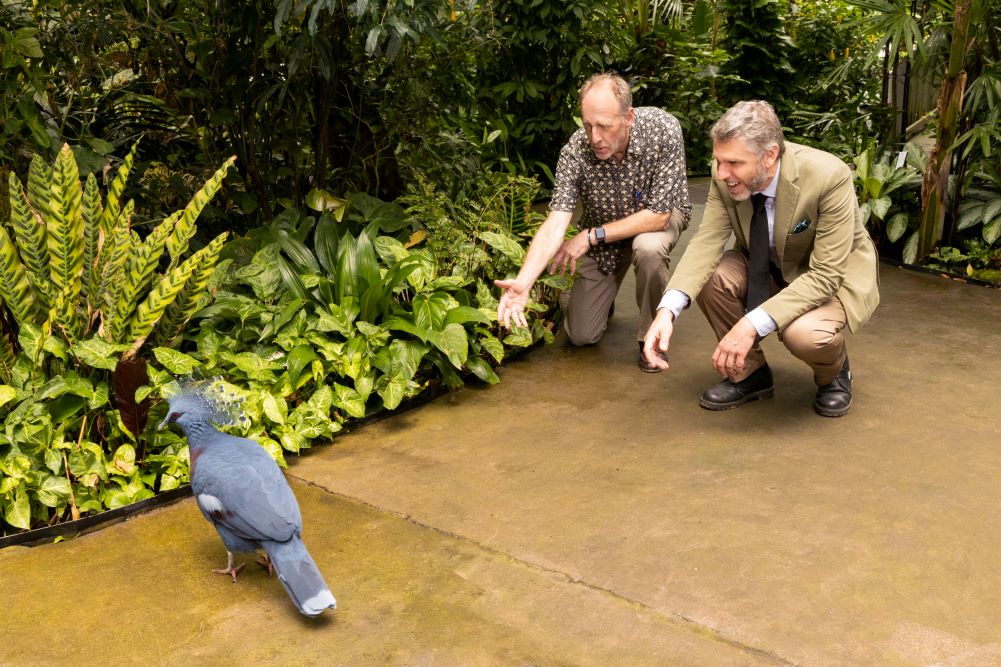 Scott and Publisher Bob Friedman in a client meeting. The zoo has 1,800 plus animals in 200 species. “The zookeepers and the scientists have all the technical expertise. I’m the administrator and the point of contact for most grant requests. I review and edit them, so I know what the project is about. It’s when I go to science class to get educated about vultures, cross river gorillas in Africa, or boa constrictor snakes in the Virgin Islands,” said Scott. 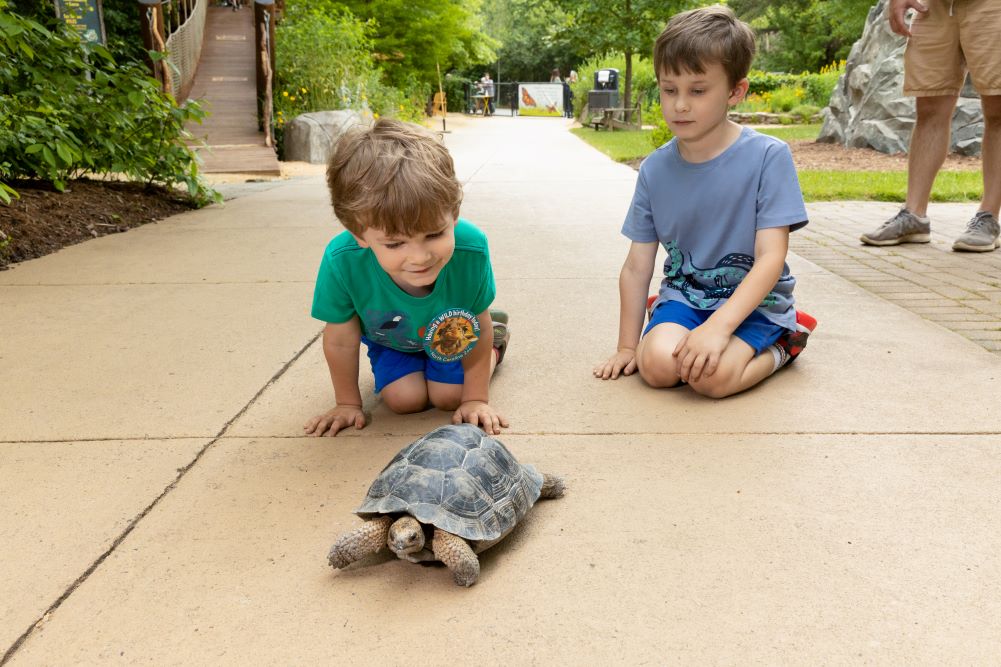 “When I go out into the park and hear the children talking and laughing, it reminds me of what we’re doing here to inspire these kids to have an interest in science and get connected with this natural world around them,” said Scott.