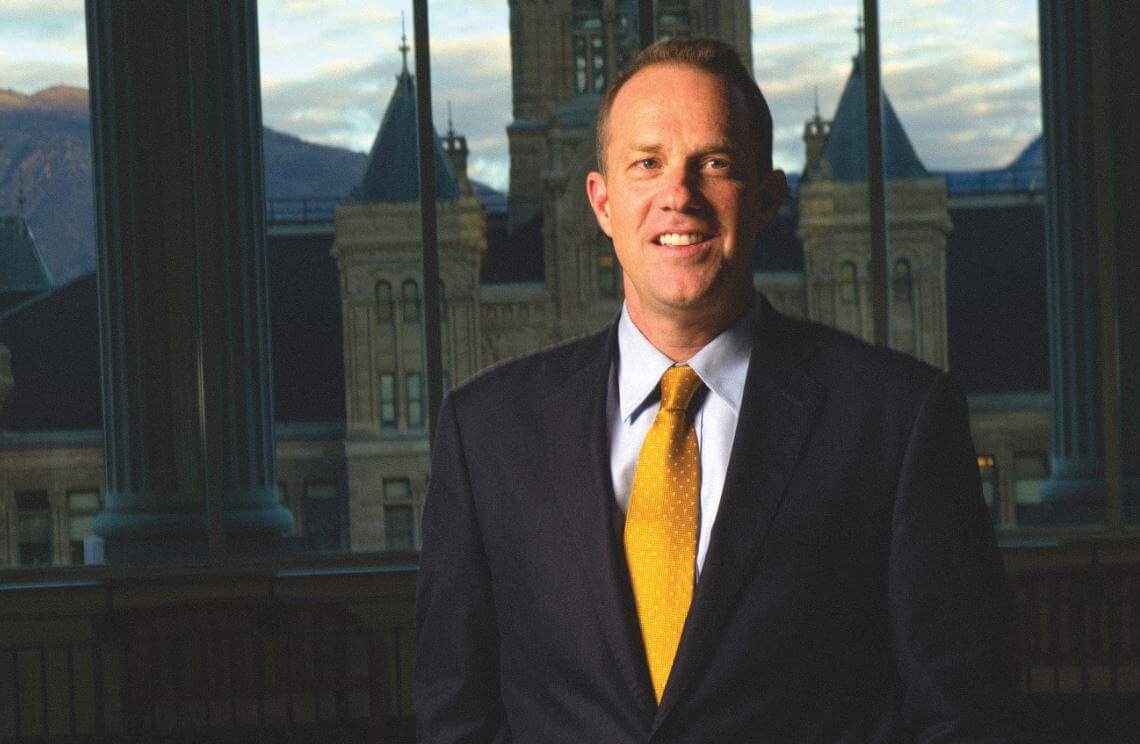 Attorney at Law Magazine Salt Lake City Publisher John Marciano sat down with Utah Supreme Court Justice Thomas R. Lee to discuss his time on the bench and his career in the law.

AALM: Justice Lee, thank you for taking the time to speak to us and to our readers. To start off, would you tell us about the court you serve and your role on it?

TRL: The Utah Supreme Court is the court of last resort in Utah. That means that our court has the final say on all matters of state law presented to the judicial branch of government in the state of Utah.

Having final say on these matters is hardly a guarantee that we will always get it right. Instead it is a solemn reminder of the importance of doing our level best to do so. And I will say that it is an honor to be a member of a court that takes that responsibility seriously. Appellate courts are collegial bodies. That means that no single member of the court has any independent authority. To render any operative decision, a judge on our court has to convince at least two other people to go along.

For me, that aspect of my job has been tremendously rewarding. My colleagues are brilliant people with wide-ranging and impressive backgrounds. Sometimes we approach issues from quite different perspectives, or with different priorities or values in mind. Yet we always listen to each other, and our conferences are marked by vibrant debate and discussion. Our commitment to this process, in my view, is the principal mechanism for assuring that we will reach the right decision as often as possible.

AALM: When you speak of “getting it right,” what does that mean? How should we judge the decisions of our Supreme Court justices?

With that caveat, let me speak to the matter of judging our judges — or, more specifically, to the labels we sometimes use in assessing their roles. The first point I would make concerns labels that in my view are unhelpful, in the sense that they add more heat than light to any attempt at careful assessment. Examples of such labels are activist, conservative, and liberal. The first — the A-word of judicial commentary — is often thrown around as a means to criticize judges who reach outcomes we disagree with. But used in this way, the term is so loaded that it amounts to name-calling, and so slippery that it has become meaningless. We should stop speaking in these terms, which amount only to epithets.

Terms borrowed from the spectrum we often use to classify politicians or political positions are not as slippery. But they are, in my view, out of place and largely unhelpful as extended to judges. Judges take an oath to uphold and apply the law. And we are oath-bound to interpret the law and apply it evenhandedly to all persons, regardless of whether we approve of it as a matter of our personal or political preferences. A judge who follows this oath cannot properly frame the matters that come before him in politically conservative or liberal terms. Judges are not supposed to have constituencies or interest groups whose policies they advance at the expense of others. We are simply supposed to apply the law. We fail in that effort if we set the law aside in favor of a value or an interest we favor over another.

Consider an appeal in a criminal case raising an unresolved issue under the Constitution. A judge who is committed to the oath to apply the law evenhandedly cannot properly approach such a case from a standpoint favoring law enforcement (a “law and order” plank of conservatism), or from an opposing view favoring the interests of criminal defendants (a “minority rights” plank of liberalism). Instead the judge must seek a neutral understanding of the law on its own terms, and then apply it without respect to any preference for any particular result (be it conservative or liberal).

To me that’s what it means to get it right. And the path to a neutral interpretation of the law is to consider its plain language or text, as informed by its original meaning. There is a tendency to think of textualism and originalism as politically conservative approaches to judging. They are not. They are evenhanded tools for deriving the meaning of the law as adopted by the legislature (in statutes) or the people (in the Constitution). For me, we get it right when we do our best to assess the law using those tools while standing behind the outcome the law dictates — whether or not it is compatible with our personal preferences or politics.

AALM: These theories of interpretation — textualism and originalism — are not without their critics. What is your response to the view that these are just tools to justify conservative outcomes?

TRL: I can understand the temptation to think that way — to think of the call for respect for original meaning as a preference for the status quo, or of historical answers to societal problems. But that’s a misunderstanding of the case for originalism, and certainly for textualism. My basis for adopting those methods of interpretation is not that I think that historical figures had a monopoly on wisdom. That is far from the truth. The case for originalism is quite different. It is that in our system of government, written laws (statutes and constitutional provisions) are supposed to provide stable rules around which society can organize itself. Such rules are presumed to remain in place until amended or repealed by the people. Originalism is aimed at preserving the laws enacted by the people or their representatives, and at preserving stability and predictability in our legal system.

It is a fallacy to assume that originalist decisions will always be conservative. Recent decisions from our court prove the contrary. In the past few years we have handed down decidedly originalist decisions expanding the rights of criminal defendants under the preliminary hearing clause of the Utah Constitution (State v. Hernandez, 2011 UT 16) and the double jeopardy clause of the U.S. Constitution (State v. Prion, 2012 UT 15). These decisions were based on the original meaning of the Constitution, but they vindicated an interest (protecting minority rights) typically considered liberal in orientation.

AALM: How do you square originalism with the need for our law to evolve with our ever-changing society? If courts follow the original meaning, won’t that leave our society to be ruled by the dead hand of a past generation?

TRL: No. Again that is a fallacy. Our law is ever-adapting in numerous ways — in new statutes passed by our representatives, in judicial decisions handed down by our judges, and even by new constitutional amendments ratified by the people. So the question is not whether but how our law is to adapt.

A commitment to the original meaning of the text of written law is an important step toward maintaining the separation of powers — of assuring that the laws enacted by the people’s representatives are not overtaken by the will of unelected judges. If we remain focused on the original meaning of the law as written, we can avoid inserting our own ideological views or preferences into our work.

AALM: Does that mean that a judge’s background and experience are irrelevant?

Our judges’ differences on political ideology are another matter. Again, we take an oath to decide cases in accordance with the law, not our personal views. We cannot properly let the latter take precedence.

Critics of the U.S. Supreme Court often note that a number of the most controversial cases in that body are decided on a 5-4 majority, and that the votes sometimes follow the justices’ supposed ideologies. I do not think that makes them politicians in robes, as some have suggested. Instead, I think it more often indicates that on questions complex and novel enough to divide the lower courts, the justices’ backgrounds and perspectives may have a greater bearing on the outcome.

In our court, there is another line of cases where our backgrounds and perspectives make a significant difference. In our common law cases, in areas like contract and tort law, there are no governing statutes adopted by the legislature. And in those fields our experience and views of good policy are not just lurking in the background, they are of central significance.

That’s another reason why our appellate courts sit in panels and not individually. We see the world more clearly and completely when we proceed collectively. And again, it’s a reason why I count it as such a privilege to serve with such impressive colleagues as a member of the Utah Supreme Court.