Andler & Associates: A League of Their Own 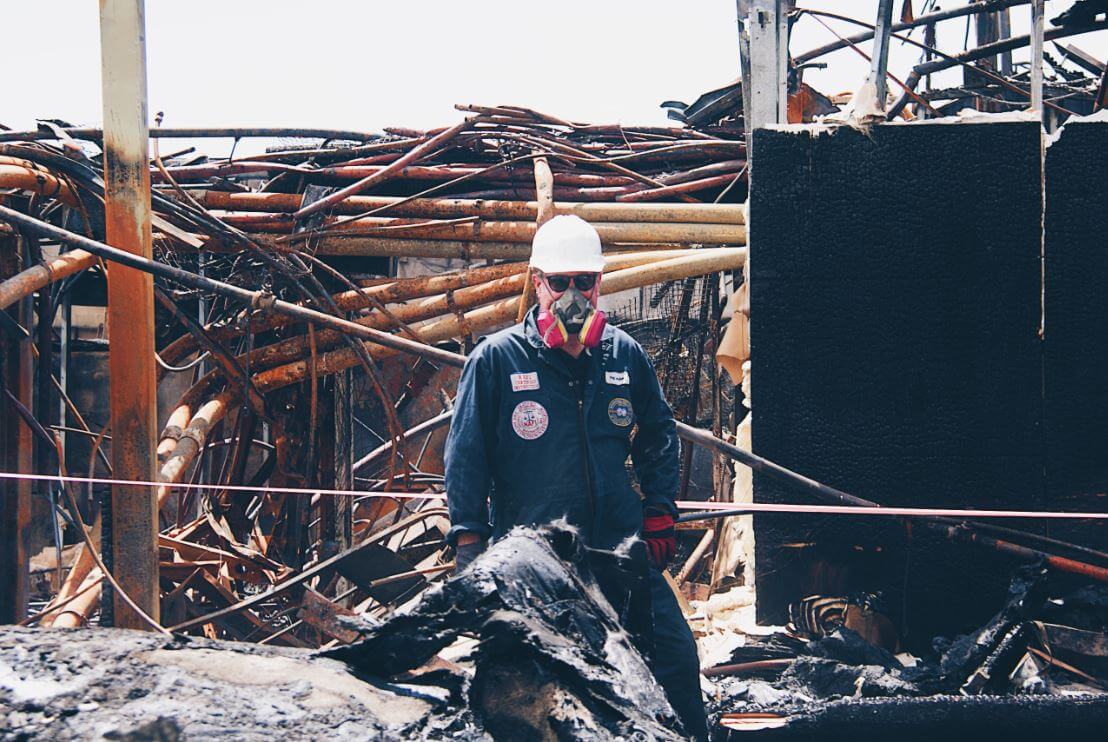 Since 1989, certified fire investigators Andler & Associates Inc. have been front and center with some of the largest fire-related cases in Arizona and throughout the United States. Andler & Associates has a stellar reputation as expert witnesses. Fire investigators Patrick Andler and Dave Smith have been blazing to the forefront of the industry, always with the mission of revealing the truth of any case. The last five years have included unprecedented growth for the company.

The depth of experience that Andler & Associates has in fire investigation puts the company in a league of their own. The importance of the work the company does is reflected in the statistics demonstrating the clear need of the company’s services. According to the National Fire Protection Association (NFPA) that keeps track of national and international statistics on fires and injuries, in 2016 in the United States there was more than $10 billion in property losses and 3,390 civilian deaths attributed to fires.

“If you break that down, that means there is one structure fire every 90 seconds,” Andler says. “This is why Andler & Associates has been able to gain the experience and the reliability along with the trust from our clients on a national level. We have worked a lot of fires.”

The company has the experience and, as importantly, the expert resources to thoroughly investigate any fire.

“We work with the mechanical and electrical engineers and other noted experts throughout the United States on our cases,” Andler says. “We have such a diversified expertise of fire cases more than anybody else in Arizona.”

In the past several years the company has taken on more criminal cases where they are dealing with highly sensitive documents. One such case was the State of Arizona v. Robert Gibson. Gibson was a high-profile individual and was charged with arson of an occupied structure plus 17 other felony counts. Gibson retained Andler & Associates through his attorney a year after he was arrested.

According to Andler, after reviewing over a thousand pages of documents in this case, he came to the conclusion that the City of Tucson fire investigator and federal ATf agent, who are both seasoned and experienced fire investigators, got it wrong as to the origin and cause of the fire. In that case, it turned out not to be arson, but spontaneous combustion from oily rags left behind by an employee.

During one of the first Daubert hearings in the State of Arizona pertaining to fire litigation, Andler testified and showed, that although the fire investigator and ATF agent were qualified, they “got it wrong.” Judge Tang agreed and ruled that neither the investigator or the ATF agent were allowed to testify in the case. The Pima County prosecutor decided not to go through with any prosecution and dismissed all counts against Gibson.

“This case was a good example of why someone should hire an outside fire expert,” Andler says.

“We’re here to uncover all the facts, bring them to the table and let them speak for themselves,” Smith says. “In some cases, first impressions are not always correct.”

Andler & Associates has repeatedly helped to convict criminals and free those who have been wrongfully accused using every resource at its disposal to reveal the truth.

Patrick Andler was the lead fire investigator in a case that went to trial in Pinal County, Mutuvi v. Electrolux. In this case, Andler testified on behalf of the plaintiff and after several weeks of jury trial, the jury came back with a $43 million verdict, which is considered to be one of the highest jury verdicts in a fire litigation case in Arizona.

Recently, Ander and Smith investigated a fire in Phoenix where a mother and child were severely burned in an apartment. Because of the lack of proper smoke detectors in the apartment complex, the insurance carrier surrendered the policy limits exceeding $6 million.

Andler & Associates has also recently been involved in 1983 civil rights cases pertaining to wrongful arrests of innocent defendants by the police or fire department. Although these cases can be very difficult and complicated, one of them was recently concluded with a favorable settlement for the client.

In a recent case pertaining to a Safeway store, within 24 hours Andler & Associates had drone experts taking photographs of the fire scene – a 55,000-squarefoot retail store – and lined up electrical and mechanical engineers for inspections on the following day.

“It is critically important that we process the fire scene as quickly as possible and as thoroughly as possible,” Andler says.

Andler & Associates was retained by multiple insurance carriers to investigate this multimillion-dollar loss. Andler states that although the insurance carriers could have hired anyone throughout the country, they relied on Andler’s team to uncover the facts.

June 13, 2012 shortly after 7 a.m. a fire occurred at the Days Inn Hotel in Needles, California. The fire was first discovered and reported by the day shift manager Sean Miller. The San Bernardino County fire department and sheriff’s office responded. The hotel was successfully evacuated and there were no injuries as the fire was limited to the manager’s office and front lobby area. Fire and law enforcement officials immediately started investigating this as arson and at the close of the day Sean Miller was arrested and charged with arson.

Dave Smith of Andler & Associates was hired by the insurance company for the hotel to conduct an origin and cause investigation of this fire. After utilizing all of their resources (including an accelerant detection K-9 and an electrical engineer), the cause and location of the fire’s origin were determined. The fire was the result of a “high resistance fault to ground” at an electrical receptacle inside the manager’s office. This was done utilizing the methods and standards set forth in NFPA 921.

Andler & Associates reported its findings to their client, the insurance company, and meanwhile, had learned that Sean Miller had been arrested and charged with arson. The family for Mr. Miller had retained a criminal defense attorney, however, was limited by their budget and could not afford to hire an expert to dispute the state’s charge of arson. Andler & Associates investigator, Dave Smith, traveled to California and worked with Mr. Miller’s attorney pro bono and testified at an all day criminal preliminary hearing in San Bernardino County court. At the conclusion of the hearing, the judge ordered Mr. Miller released and cited that there was absolutely no evidence to suggest that this fire was arson. Further, it was very clear that it was an accidental electrical fire. After 36 days in custody, Sean Miller was released from jail.

Smith states that having access to the best and most experienced resources in the industry is what keeps Andler & Associates on the cutting edge of fire investigations and allows them to offer the fullest scope of services to its clients.

The team has also continuously provided services to the insurance industry and self-insured manufacturers throughout the United States and China.

“We have worked on many high-profile arson/homicide cases in Arizona over the past 10 years. Sometimes even a fire investigator for a law enforcement agency may not have the experience or depth of knowledge we have. This makes our company’s expert testimony a vital part of the case” Andler says.

THE PARTNERSHIP THAT WORKS

Smith retired from the Phoenix Police Department in 2005 and immediately joined Andler & Associates. He brought 23 years of law enforcement experience and a depth of knowledge on high-profile investigations that included organized crime, criminal syndicates, and insurance fraud.

“I have a passion for investigation,” Smith says.

Andler & Associates has been retained numerous times to investigate personal injury cases pertaining to burn injuries. Andler, too, is very passionate about personal injury cases as he volunteers as a board member and is a past chairman of Arizona Burn Foundation. Andler & Associates provides lectures on fire investigation for insurance companies, claims associations, law firms and law enforcement agencies.

Because of his reputation, Andler has been featured on ABC Nightline, Inside Edition and the Insurance Claims Journal. He has further been asked to be a consultant on two separate TV programs requesting he provide case information on upcoming episodes.

“Some cases are not always as they seem,” Smith says. “We do our work to ensure criminals are convicted and the wrongfully accused are free. We use everything at our disposal to reveal the truth.”