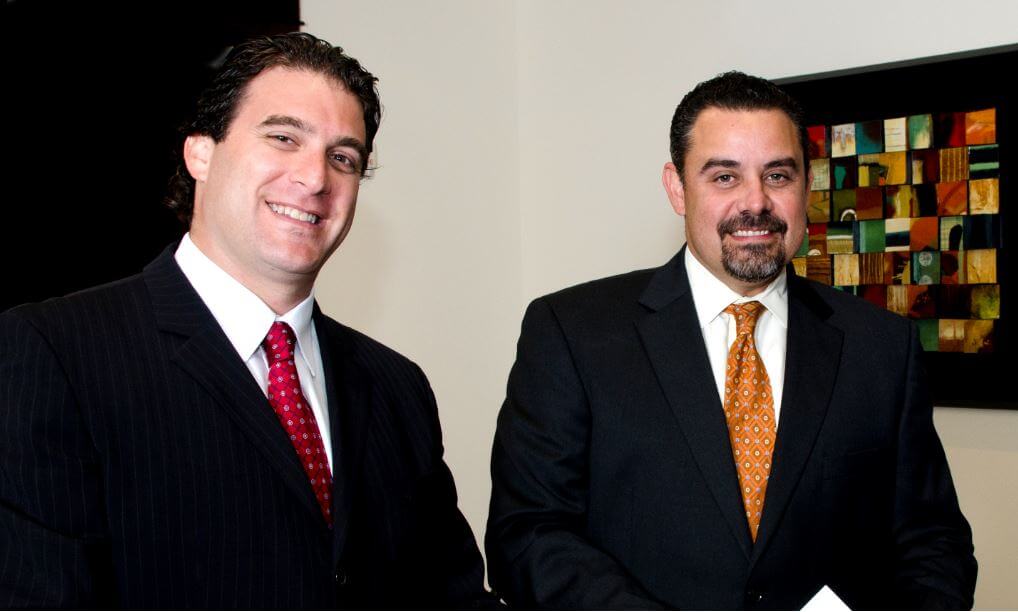 Since its launch almost a decade ago, Infante Zumpano, LLC has grown into one of the largest certified minority-owned law firms in the country attracting clients who appreciate its highly personalized service. Led by co-founders Emil Infante and Carlos Zumpano and an accomplished team of partners, the firm offers a broad range of legal services including corporate, banking and insurance defense, real estate, family office services, general and commercial litigation, labor and employment, and entertainment law.

“When we formed the firm, we made a conscious effort to create something different,” says Infante. “We have built a culture where clients can come in and speak to the decision-makers. In fact, we actually have had clients stop in for a cup of coffee and to chat because they enjoy dealing with us.”

In just eight years, the firm has grown to 20 attorneys with a client base that has included Fortune 500 companies and other corporations transacting business domestically and internationally.

“A large part of the firm’s success can be attributed to honesty, integrity and a solid work ethic,” adds Zumpano. “We have been able to make strategic decisions prior to, and during the recent economic recession that resulted in the firm growing and maintaining profitability.”

A reflection of Infante Zumpano’s belief that their clients’ best interests are preserved by having lawyers who reflect the diversity of the community they represent, the firm is a member of the National Association of Minority & Women Owned Law Firms (NAMWOLF), the Minority Corporate Counsel Association (MCCA), the U.S. Hispanic Chamber of Commerce (USHCC) and the Southern Florida Minority Supplier Development Council (SFMSDC).

As chair of the firm’s securities and financial regulations group, Emil Infante and partner Carlos Abarca assisted Comcel, a Guatemalan mobile telecommunications market leader, with legal representation in closing approximately $340 million in transactions through syndicated loans arranged by Citigroup Global Markets, Inc. in New York. “This was an important step forward for our client because it provided for a secure funding base during a time of increased market volatility,” said Abarca, who is co-chair of the firm’s corporate department.

At age 27, Carlos Zumpano was selected to represent a foreign nation in U.S. federal court litigation. Zumpano went on to represent the country in other matters. A Harvard University graduate and one of three brothers that studied undergraduate at Harvard, Zumpano co-founded the Cuban American Undergraduate Student Association (CAUSA) at Harvard in 1994, an organization that was the first of its kind for the Ivy League school and one that still exists today.

Focusing his practice on litigation, business/corporate, employment and labor law, Zumpano presently serves on the national legal advisory council to the National Association of Professional Employer Organizations (NAPEO) and is on the board of directors for the South Florida Aft er-School All-Stars, the South Florida chapter of a national, nonprofit founded by Arnold Schwarzenegger, which provides aft er-school care to thousands of students in Miami-Dade County.

Over the years, Infante Zumpano has focused on attracting a talented group of attorneys to lead at the firm. A commercial trial lawyer with more than 20 years of courtroom experience, Antonio Castro chairs the firm’s litigation department and is a past president of the Cuban-American Bar Association. Carlos Abarca chairs the firm’s corporate department and was formerly at Greenberg Traurig as of counsel and has handled complex transactions. Daniel Diaz Leyva chairs the firm’s real estate department and has been instrumental in the firm’s growth and leading its diversity initiatives serving as the firm’s director of business development. Infante Zumpano’s real estate department is rapidly expanding its closing business. Diaz Leyva represents various lenders in the South Florida community in the preparation of loan documents and closing real estate transactions and just last month closed loan transactions valued in excess of $20 million secured by real estate owned and operated by regional gas station operators for a middle market bank.

“One of the reasons I chose Infante Zumpano is the firm’s ability to find innovative and effective solutions for clients,” Bucelo says. “It’s not a cookie-cutter firm. We talk through the legal issues relevant to a business and tailor our services to meet the client’s needs.”

For more than 20 years, he served as special counsel to the Code Enforcement Board of the city of Miami and special advisor to the city of Miami. In 1995, he was named chairman of the Cuban-American National Republican Senatorial Committee and was appointed by former President George Bush as the first Hispanic and first Floridian ever selected to the board of directors of the Federal Home Loan Mortgage Corporation (Freddie Mac). In 2000, at the recommendation of the White House, he was appointed as a member of the board of directors of the National Housing Development Corporation, one of the most prestigious affordable housing institutions in the nation. In 2002, he was appointed by President George W. Bush as chairman of the Securities Investor Protection Corporation (SIPC), one of the highest appointments ever made to a Hispanic (Cuban- American) by any administration.

A longtime community advocate, Bucelo has been a member of the board of trustees of Miami Dade College since 1999 and is currently serving as vice chairman. He was president of the Downtown Miami Business Association and president of the Cuban-American Bar Association. On July 14, 2006, Bucelo became the first Cuban-American ever to ring the closing bell of the New York Stock Exchange (NYSE). He has been honored as one of the 100 Most Influential Hispanics in the country by Hispanic Business Magazine. He earned his Associate in Science degree from Miami Dade College and his Juris Doctor and bachelor’s degrees from the University of Miami.