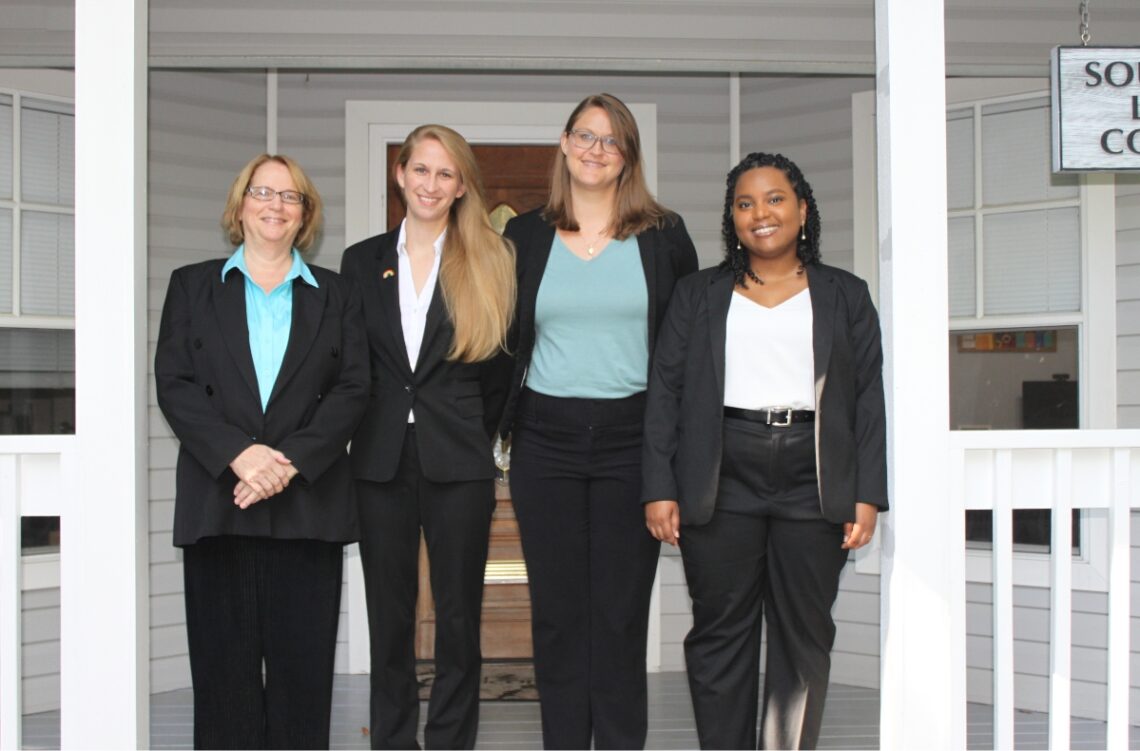 Tucked away on a tree-lined street about a mile north of the University of Florida sits a tiny law firm that’s had an outsized impact on Florida over the last 45 years.

Southern Legal Counsel, a state-wide nonprofit law firm based in Gainesville, traces its origins to a dispute between the U.S. Congress and President Richard Nixon in the late 1970s.

Attorney Jon Mills, then director of the newly formed Center for Governmental Responsibility at the UF College of Law, was working with Congress to study the constitutionality of Nixon’s cuts to housing and civil rights appropriations.

Anticipating potential litigation, Mills, along with Chesterfield Smith, UF Law Dean Joseph Julin and others, formed SLC as a separate entity to be able to litigate independent of the law school.

“We have maintained our independence ever since, which enables us to pursue litigation and advocacy that challenges state and local governments—even Clerks of Court—who violate the constitutional and civil rights of Floridians,” says SLC Executive Director Jodi Siegel.

Rather than representing one client at a time, SLC’s four litigation attorneys pursue cases impacting thousands by forcing changes in policies and laws, setting legal precedent, and improving institutional and government practices.

For one such case, McArdle v. Ocala, SLC’s litigation team and co-counsel were recently recognized by national advocacy organization Public Justice as a finalist for the 2022 Trial Lawyer of the Year Award. In McArdle, SLC successfully challenged Ocala’s open lodging ordinance, under which people were arrested for sleeping outdoors while homeless. But SLC didn’t stop there.

“After learning that one of the plaintiffs in McArdle had his driver’s license suspended unlawfully for failure to pay court fees and fines related to the local ordinance violation, we not only corrected that for him but we advocated with the Florida Department of Highway Safety and Motor Vehicles to obtain relief for 13,500 Floridians whose license suspensions were similarly unlawful,” Siegel says.

SLC achieves impactful results by pursuing initiatives typical of much larger fi rms, often with support from pro bono attorneys or in partnership with other legal services providers.

Its focus areas include fighting discrimination, ensuring access to the courts, and advocating for children with special education needs, the LGBTQ+ community, and people experiencing homelessness.
More than 85% of SLC’s $900,000 annual budget goes directly to programs.

Jacksonville attorney Bob Spohrer of Spohrer & Dodd long served as an SLC board member and chairs its fundraising committee.

“I have always been struck by how this small group of very dedicated lawyers manages to have a statewide impact benefiting all Floridians,” says Spohrer. “It’s important to have organizations like Southern Legal Counsel to defend the rights of people who are otherwise powerless, to spread messages of civil rights and tolerance, and to stand up to governments and agencies that want to take that away.”

LEADING THE CHARGE FOR LGBTQ+ EQUALITY IN FLORIDA

With a long history of fighting discrimination, Southern Legal Counsel recognized in 2016 that it needed to address the unmet civil legal needs of Florida’s transgender community.

“We see our role as advocates for those Floridians whose rights might otherwise be trampled upon, and the transgender community is at risk in that regard,” says Simone Chriss, director of SLC’s Transgender Rights Initiative.

SLC has since become a leader in the fight for LGBTQ+ equality. Chriss was recognized as one of the 40 Best LGBTQ+ Lawyers Under 40 by the National LGBTQ+ Bar Association and was presented with the 2021 Voice for Equality Award by Equality Florida.

SLC also has reformed school district policies and practices statewide to ensure transgender youth can access safe and affirming learning environments. And through federal impact litigation, the nonprofit firm has taken Florida to task for its discriminatory policy of denying transgender state employees equal access to healthcare. SLC has also utilized training as a strategy for creating change.

“We’ve trained more than 300 legal aid and pro bono attorneys, 400 public school staff and leaders, and 150 housing and homeless services providers on how to provide affirming services to and protect the rights of the LGBTQ+ community in Florida,” Chriss says. “As long as Florida continues to attack the basic human and civil rights of its LGBTQ+ community, SLC will fight back.”