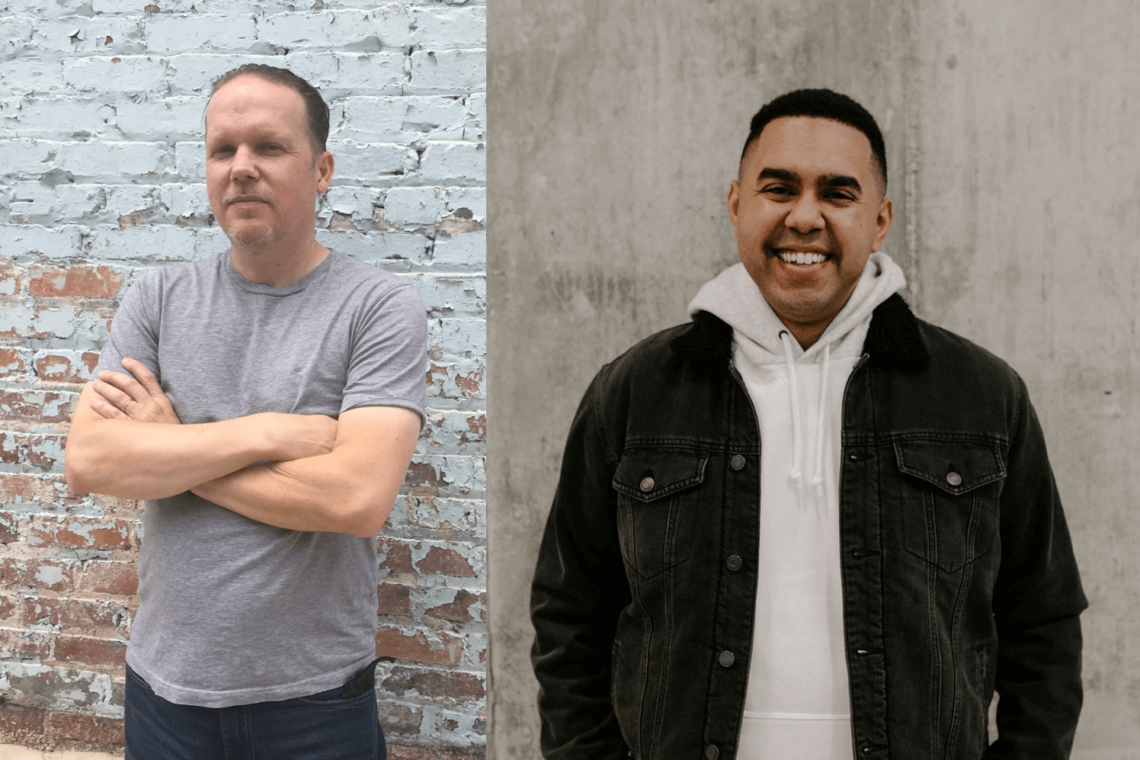 Sam Tate (right) and Mike Lotz (left) worked for the North Carolina Administrative Office of the Courts to help develop its new website launched in 2018. The experience laid the foundation for Raleigh-based Civvis a complementary business of creating paperless forms for court systems which they launched last year.

“For citizens going to court, filling out a court form is a nightmare, especially if you have a disability, comprehension or visual impairment,” said Civvis co-founder Tate.

“With everyone using their phones for their access to the internet, we created a technology layer that allows users to fill out complex paper-based forms simply by using their phone or any other device. You can think of it as the TurboTax of court forms,” said co-founder Lotz.

In 2017, the NC Commission on the Administration of Law and Justice’s Final Report recommended a migrating toward a paperless system. Clerks’ offices in North Carolina manually processed over 31 million pieces of paper, resulting in over 4.3 miles of shelving to maintain that paper. The court system uses over 1,000 different forms for pro se filings.

With the explosion of legal tech companies, we’ve noticed an interesting paradigm shift in the legal/judicial world,” Tate adds. “On one side of the spectrum, you have rapid innovation that mostly caters to attorneys and law firms such as AI, doc assembly, mobile apps, etc. On the other end of the spectrum, the courthouse, there’s little to no innovation for the people working in the courthouse or the people going to court.”

Civvis is used for pro se matters such as divorce, landlord/ tenant disputes, and wills and estates. “If someone is going through the estates process, they can use Civvis so when they go to the clerk’s office, they are in good shape to continue that process,” said Lotz.

“We have built-in logic for required fields which prevents submission until data is entered,” said Tate. “We also have validation checks for emails, addresses, phone numbers, etc. We can map one field on our web application to many on the court forms. For example, a court process may include six forms. Users only have to fill in their name once, and it will populate in the corresponding field on all six forms.”

We take poor handwriting out of the equation because users fill out the forms from a computer or smartphone,” Tate adds. “Data populates court forms in a clean, unified fashion.”

The net result is quick processing because clerks don’t have to return forms to applicants for additional information or corrections. In an era of tight budgets for the courts, Civvis can reduce labor cost in the clerk’s offices.

“Clerks are the customer service arm of the judiciary, and our soft ware fits right in with their day to day duties,” Lotz said. “By reducing paper, streamlining intake, and leveraging modern tools like email, text alerts, and appointment scheduling, we solve many challenges clerks face when interacting with the public.”

Civvis will participate in the 2019 Duke Law Tech Lab in September. “Sam and Mike bring a unique perspective as technologists who have worked for the Administrative Office of the Courts,” said Kelli Raker, Coordinator of Entrepreneurial Law Programs at Duke Law and Managing Director of the Duke Law Tech Lab.

“In our commitment to companies with a mission to increase access to legal services, we were impressed by their insights around remedying the pain points experienced by the public when interacting with the court system.”

Civvis is scheduled for beta testing later this year. Then the plan is to roll it out in North Carolina before going nationwide.