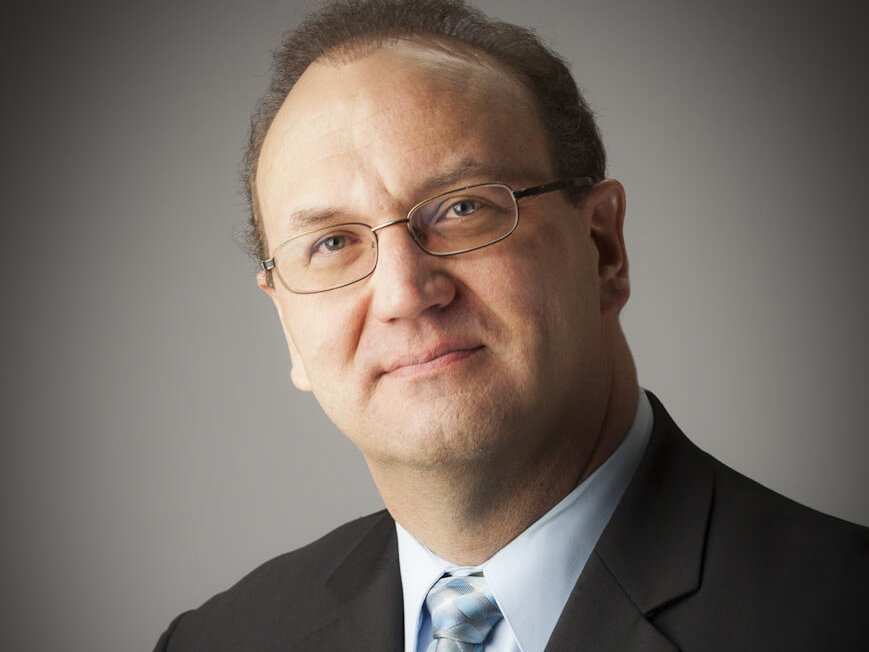 “You have an LLM, and you’re doing this?”

That’s what an attorney once said to Union Legal Research’s Kurt Mattson while he was conducting a Westlaw training.

Mattson had just graduated with a Masters of Laws degree in labor and employment from George Washington University in Washington, DC when he accepted a job at West Publishing. He spent 17 years at West Publishing, now Thomson Reuters. During that time he became an expert in legal research and taught practicing attorneys how to improve their research skills.

Mattson, a northern Minnesota native, began his career at West in 1990 as a Reference Attorney, helping Westlaw subscribers construct queries to find relevant cases and statutes. From there, he was part of the training team that supported Westlaw’s field reps before joining that group himself and moving to Phoenix in 1996. He first worked in law schools in the Southwest before serving government customers. Throughout his first 10 years at West, he was involved with teaching research techniques and improving his research skills. He was then promoted to branch manager, a position he held for six years. In that role he oversaw the Phoenix office, negotiated contracts with large law firms, and managed 15 reps. The merger with Reuters brought his career at the company to an end.

Stints at small legal publishers followed, including Sheshunoff, which was subsequently bought by Westlaw’s competitor, Lexis-Nexis. Mattson’s work at these companies continued to hone his research and writing skills. It was his Sheshunoff connection that led Mattson to a position with Lexis editing several of the company’s titles, including BSA/AML Update, Brady on Bank Checks, Mortgage Procedure Guide to Federal and State Compliance, and Fair Debt Collection Practices: Federal and State Law and Regulation. Mattson continues to update these Lexis treatises with new court decisions, recently enacted statutes, and newly promulgated regulations, as well as adding legal insights and trends.

One of the highlights of Mattson’s non-traditional legal career was joining Lionel Sawyer & Collins for what would be the venerable Nevada law firm’s last few years (the 50-year-old firm started by Sam Lionel, closed in 2014). Mattson’s years of experience in legal research, writing, negotiation were all leveraged in his work at the law firm. He used his expertise in legal publishing in his role as Director of Library Services. Finding answers quickly and accurately helped him gain a reputation of the “go to” guy for information—from a historical consumer price index to a feature article about a client published in next month’s magazine, Mattson came through time and time again.

Maximiliano D. Couvillier III, a partner at Lionel Sawyer and now a founding partner at Kennedy & Couvillier, PLLC in Las Vegas said, “Kurt is top notch librarian and research guru. If Kurt can’t find it, it likely does not exist.”

Lionel Sawyer executives saw the benefit of his inside knowledge of legal publishing and his proficiency in negotiating vendor contracts, in addition to his research and writing skills.

“Kurt is an excellent researcher and is one of those great co-workers who just gets things done,” said Pearl Gallagher, partner at Childs Watson & Gallagher in Las Vegas. “I’ve had nothing but great experiences working with him, both at Lionel and now at my own firm. A true professional.”

Mattson also was in charge of Lionel Sawyer’s CLE program and assisted with marketing. In the latter position, he overhauled the firm’s website and initiated a social media campaign. While at the firm, he began his studies at Wayne State to obtain a Masters in Library and Information Science. He earned that degree in 2016.

As another senior partner told him early on at the law firm, “We’re in great need of your unique skill set.”

After the closing of the law firm, Mattson saw a need for writing, research, blogging in firms of all sizes that required ongoing assistance or even an occasional one-off project. In 2015, he started Union Legal Research.

Drawing from colleagues throughout his many years in the legal community, he reached out to see how he could assist their practices. Mattson regularly performs research and writing, as well as drafting in-depth legal research memos, briefs, marketing, articles, and conducting background checks for numerous law firms. Through word-of-mouth, he has gained more law firm and business customers.

One national law firm has him create reports on prospective clients. He finds out everything he can about these companies, including their executives, financial data, inside counsel, news stories, and corporate structure. And Mattson was just “on-call” for a litigator trying a negligence case. He’d text her paralegal answers to questions so the attorney was ready before court came into session that day.

Mattson remarked, “As a solo business, I must have a CAN DO attitude all the time. You never know when an attorney will have a rush job before an upcoming trial or prior to a critical client meeting, so I’m always ready to help.”

And Robert Hernquist, a commercial litigation attorney at Howard & Howard said that Mattson “draws upon his legal knowledge and extensive experience to efficiently and thoroughly handle any task given to him, and always with a great attitude (and often with excellent ideas and suggestions that I had not thought of).”

Mattson charges an hourly rate or per document fee for projects, depending on the type of work required.

Now Mattson and Union Legal Research have law firm clients across the country. He assists these attorneys with legal research, brief and motion drafting, as well as competitive intelligence of prospective firm clients. He draws on his years of legal research acumen to ferret out information on Lexis, Pacer, and the Internet. He has written numerous appellate briefs, motions in limine, replies, and even a petition for certiorari to the U.S. Supreme Court.

An IP attorney noted that “his skills as a trained lawyer are invaluable when faced with difficult research and analysis tasks.”

Mattson enjoys attacking issues for his clients. He says he feels like he’s “second chair” (or more accurately fourth chair) on the case. When the issues are interesting—which they usually are­—he feels like he’s part of the team representing the law firm’s client.

“Most of the research projects are really fun,” he says. “Digging to find answers for my clients becomes a quest.”

After nearly 30 years in legal publishing, Mattson is finally getting a taste of the adversarial system and, through some of his long-time clients, feels invested in the litigation—a more competitive mindset that didn’t appeal to him after law school.

“I wasn’t a big fan of fighting and the combative nature of trial work,” Mattson recalls. “My law clerk experience at an insurance defense firm turned me off of the litigation environment… when I had to research ways that an insurance company could avoid paying a claim to a midwestern farmer’s son who lost his leg in a combine, I thought I’d try to find another way to use my law degree.”

In addition to helping attorneys and law firms with the practice of law, Mattson also offers services in legal marketing.

He helps firms that are too busy to maintain a fresh presence on their websites by providing weekly and daily blog articles of interest to the firms’ clients and prospects. For a per document fee or monthly subscription, Mattson can provide content that is timely and interesting. For example, he regularly reviews decisions concerning expert witnesses for ForensisGroup and writes about litigation trends and interesting cases for Attorney at Law Magazine.

Mattson’s legal writing and analysis has been published in a number of journals. His master’s thesis on employment discrimination, The Demise of Disparate Impact on the Rehnquist Court, was published in the University of North Dakota Law Review in 1990. More recently, he teamed with one of his Wayne State professors to author Surprising Differences: An Empirical Analysis of Lexis and West Headnotes in the Written Opinions of the 2009 Supreme Court Term, published in the Law Library Journal, co-authored with Peter A. Hook. Throughout his career, Mattson has had numerous articles published in magazines such as the Nevada Lawyer and Spectrum.

See how Mattson’s unique skill set can help your practice—both in legal research and writing, as well as in legal marketing.