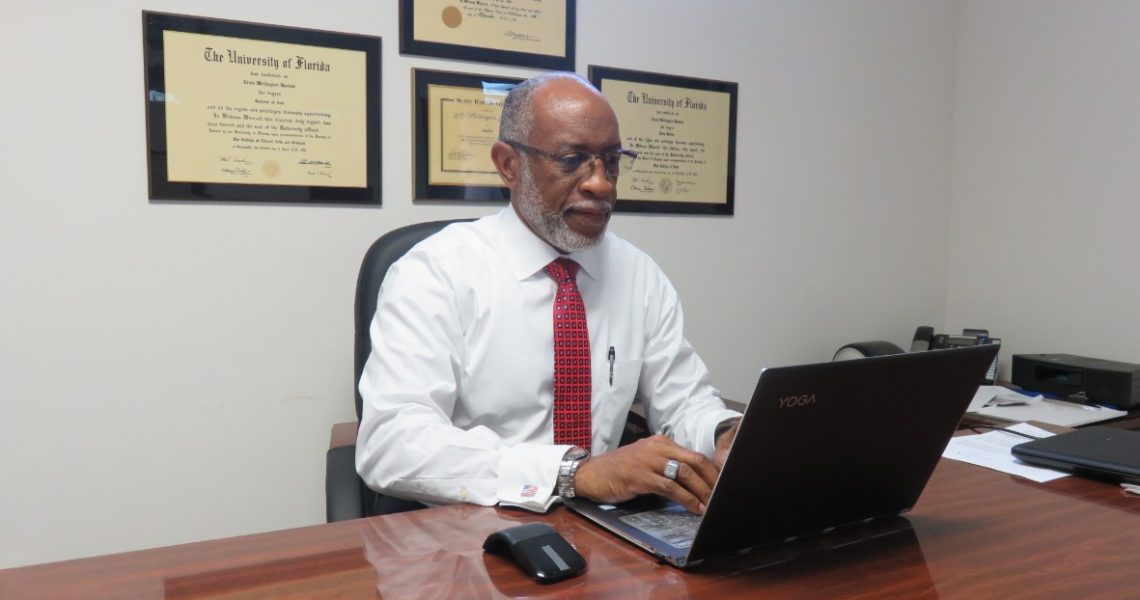 Attorney at Law Magazine sat down with Alvin Wellington Barlow, Sr., the founder of Technologies for Justice to discuss his company and his career.

AALM: Tell us what first drew you to your industry.

AWB: A college-bound client of mine’s life was negatively altered by an aggressive prosecutor who was simply out for a pound of flesh and a bucket of blood. Unfortunately, my 18-year-old client was excessively sentenced to the 15-year statutory maximum despite that he had received two scholarship offers to attend college and no arrest record. The pain of not having an objective means to show the judge the sentence was excessive and therefore unjust, inspired me to conceive a practical remedy called the Equity in Sentencing Analysis System, ESAS, that culminated in the formation of Technologies for Justice, Incorporated.

AALM: How is your company different from its competitors?

AWB: Technologies for Justice is so novel that, to my knowledge, we currently have no competitors. We have created first of its kind web-based software that sifts through millions of closed criminal punishment code records from as far back as 1998. The substantive and practical benefit is that it fosters equitable and therefore non-disparate sentences to be crafted by judges, prosecutors, public and private criminal defense attorneys to craft equitable and therefore non-disparate sentences for the criminally accused.

Technologies for Justice, Inc. is not a law firm. Quite frankly, the entire service is so novel that we don’t quite know how to classify it. Right now, it is probably considered an entity that can be considered ancillary to the practice of law.

AALM: How would you describe the culture at your company? The team?

AWB: Our company has laser-like focus on securing the fairest sentences at all possible for the criminally accused irrespective of color, creed, gender, gender-identity, nationality, race, religion, socioeconomic status and/or any other means by which similarly situated people suffer divergent and therefore mistreatment in the criminal justice system. While it is true that statistics demonstrate the vast majority of disparate treatment is suffered by minorities in general, and African-Americans in particular, poverty is the greatest factor. In this regard, our services consistently protect people from all walks of life from suffering disparate sentences including white males and females.

AWB: The late attorney Virgil Darnell Hawkins was an instructor at Bethune Cookman College in the 1950s. The NAACP used him to integrate public education in Florida at the collegiate level. Mr. Hawkins was accepted at the University of Florida’s law school but not allowed to attend exclusively due to his race. He sued and prevailed but wound up attending an out of state law school. While speaking to my law school class in 1983, he advised us to charge reasonable fees and diligently work to earn every dollar. I locked that wise advice in my memory, adopted and kept it until this very day.

AALM: How has your field evolved since you first entered?

AWB: Technology and the internet have highly modified the legal profession since I first started practicing law in 1985. Back then, everything was in books, pamphlets, periodicals and microfish, which meant research involved physically going to the law library, clerk’s office, property appraiser, supervisor of elections and the like. Now, one can sit in the comfort of their office or home, login to each office’s website and locate important information which saves times and money.

AALM: What do you think is the most pressing issue for attorneys, prosecutors and judges when it comes to the administration of criminal justice?

AWB: Justice entails treating similarly situated people substantially the same, period! Accordingly, any failure to do so can and will foster doubt, distrust, rebellion, lead to chaos, anarchy and ultimately the destruction of our democratic republic. In this regard, attorneys, prosecutors and judges are challenged to develop and consistently deploy methodologies to treat citizens objectively in what is perhaps the last opportunity the accused will have to obtain true equal treatment, better known as justice.

AALM: What changes do you see on the horizon for your field? How are you and your company preparing to stay ahead of the curve?

AALM: What is one of the biggest challenges you face in your industry? How do you overcome it?

AWB: Without any question whatsoever, implicit bias, and/or disparate treatment are the biggest challenges I have personally faced in life and especially the legal profession. Although things have substantially improved from when I was born in 1961 and since I graduated from law school in 1985, I have suffered through, experienced and overcome disparate treatment by private citizens, public and private business establishments, police, fireman, prosecutors, judges, attorneys, public officials, bailiffs, clerks and on and on, yet still came out untainted and relatively successful. Ironically, despite having developed and deployed web-based software that reduces disparate sentencing for attorneys’ criminal defense clients, I too often experience implicit bias and disparate treatment by (a few of) the very people who consult me to secure equitable sentences for their deserving clients! I thank God that I do the work for those who deserve just sentences albeit, I (sometimes) have to suffer through the woes of implicit bias to achieve such an important objective.