Terry Bryant: Fighting for Justice on All Fronts 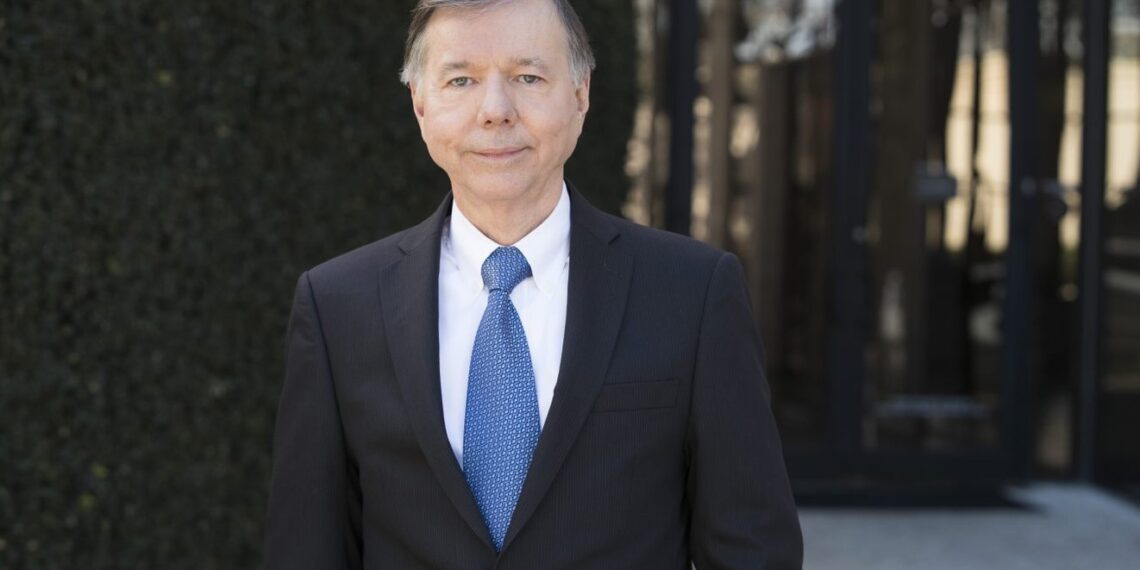 Emblematic of his Lone Star roots, award-winning attorney Terry Bryant is truly one Texan who is “larger than life.” Charming and affable, quick to share a joke or laugh, Bryant is nonetheless fearsome as opposing counsel.

A seamless coalescence of aristocrat and reformist, some might say he is a dying breed. With aspects of both the genteel southern gentleman and rough n’ ready fighting spirit, Bryant is the embodiment of a true statesman whose crusade is championing justice. Be forewarned: Bryant’s easy smile and laid-back demeanor belie the razor-sharp mind and, when needs be, tongue to match.

With a distinguished career that comprises courtroom courage, judicial discernment and passionate advocacy for just legislation, it seems Bryant was destined to not only practice law, but become a force for justice. And, his goals formed early. By the ripe old age of seven, his mind was set.

“My dad had a friend who was a lawyer, and even at that early age I was impressed with what he did,” says Bryant. “Of course, at that age I didn’t even know what personal injury or workers compensation was, but I knew I wanted to help people.”

Once completing his undergraduate studies at Texas A&M, Bryant moved to Houston where he attended South Texas College of Law.

“The thing about law school,” Bryant says slowly, his Texas drawl more pronounced as he lingers over every syllable, “is it shows you how much you don’t know. There’s always another question, another way of approaching a case.”

His law career actually began before he left the South Texas campus.

“While in law school, and for some period after, I worked for one of the largest oil companies in the world,” he continues, “but I knew I wanted to represent people as opposed to pieces of paper. To me, that’s what corporations are – pieces of paper.”

It didn’t take long for Bryant to carve out his own path. Since 1985, he’s stood at the helm of Terry Bryant Accident and Injury Law in Houston, never once losing sight of his dream. More importantly, his passion has never diminished.

Says Bryant, “Being able to help injured persons and those who have lost loved ones through our legal system is a dream come true.”

A DREAM AND A PROMISE

Over the span of four decades Bryant has fought to help heal thousands of broken lives and families, his integrity and commitment earning him the respect and admiration of not only grateful clients, but the legal community at large.

Board certified in personal injury trial law by the Texas Board of Legal Specialization, Bryant has honed this expertise representing his clients with integrity and zeal assisting victims of car crashes, defective products, maritime accidents, medical malpractice, explosions, falls and a host of other serious injury incidents. He’s clearly not afraid to take on take on massive corporations, pharmaceutical giants or insurance companies in the pursuit of justice.

“Once I realized that I prefer representing personal injury and workers’ comp clients, I began to focus exclusively on that,” he says. “It’s a unique area of practice where you can help people on an individual basis. Not to say there aren’t other opportunities, such as mass tort cases where you’re helping large groups of individuals. But it’s what I’m good at and it’s what I love. I promised myself when I first opened my firm that I would give my all to each client, and I believe I’ve kept that vow.”

But Bryant’s commitment goes beyond his tireless representation of injured clients. You might say, he’s seen the law from both sides of the bench having served both as an Associate and Presiding Municipal Judge for more than 20 years.

This not only expanded Bryant’s ability to serve others but also provides him with keen insight into the Texas court system. That experience also helps shape his perspective on personal injury cases and how they might resolve. It’s a unique insight and one that’s obviously beneficial to his clients.

“During the time I was a judge, I handled over 100,000 cases,” says Bryant. “Not only did that experience help crystalize my perspective on personal injury cases and how they might best be resolved, but my view from the bench also gave me a real insight into the thought processes of jurors.”

THE EYES OF TEXAS…

Righting wrongs is not always limited to an attorney’s case files as Bryant would be quick to confirm. The reality is that an attorney can only work within the constraints of the law so sometimes justice must be sought through legislation.

According to Bryant one of the main obstructions to obtaining justice for injured workers came in 1991 when the worker’s compensation laws were changed in Texas to favor the employer and insurance companies.

“In every state other than Texas, employers are required to have Workers’ Compensation Insurance,” he explains. “However, many of the ‘big box stores’ as they are called, don’t have this. Because of their size and earnings, they choose to accept the risk of litigation. The problem with this is, it really deprives working people from fair results when injured on the job. Compensation is very limited now and it’s all about controlling costs for the employer.”

Rather sit by complacently and accept changes in the laws, Bryant has joined fellow attorneys to advocate and lobby on behalf of the working men and women of Texas in organizations such as the Texas Trial Lawyers Associations (TTLA) and American Association for Justice (AAJ). But according to Bryant, legislation doesn’t just negatively impact issues such as Workers’ Comp.

“There are various external threats to the practice,” he says. “The legislature oftentimes will pass laws that protect the wrongdoer at the expense of the person who’s injured. A prime example would be in medical malpractice. In 2003 the law was changed to basically protect doctors from litigation, and that’s just the beginning of the erosion of rights of ordinary citizens.

“Every chance the legislature gets they pass a law to give liability protection to companies,” he continues. “I think it’s because Texas is a very employer-friendly state. Much of our efforts within the TTLA and the AAJ is to be a voice for the working people because the big corporations have plenty of money and plenty of lobbyists to push their agenda. Personally, I feel an obligation to not just those people who might be clients, but every hardworking Texas man or woman who are simply doing their best, working hard day to day, just to feed their families. I feel their eyes on what we do and how we fight for them.”

IT’S NOT HEAVY, IT’S MY PRACTICE

With everything he’s done and continues to do in the name of what’s fair and just, one might suppose Bryant might become disillusioned or jaded. Not so. In fact, if anything his passion and drive has only increased over the years. And, unlike many people who have achieved much throughout their career he seems to feel renewed energy and enthusiasm every day.

“You know what I find amusing and a little puzzling?” he asks rhetorically with a smile slowly spreading across his face. “When other attorneys tell me how stressed they are! How can you be stressed? You work in an air-conditioned office; you have a nice home and a nice car. You know who should be stressed? Those people I see every day as I drive to my office. They are the real workers and they are barely making ends meet!

“Every day as I drive to work, I have these plans about what I’m going to do and invariably it changes almost the moment I walk in. Every day is something new and challenging and best of all I get to do what I love: practice law and help people.”