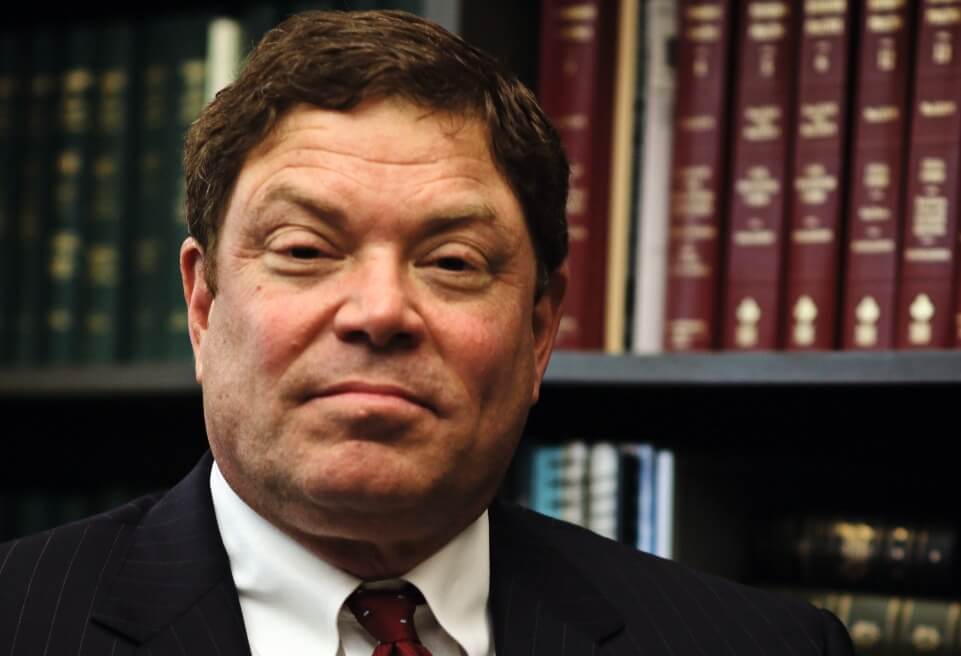 Thomas A. Wiseman III: An Honest Approach To Life And The Law

The son of a prominent attorney and senior judge of the United States Middle District Court of Tennessee, Thomas A. Wiseman III says his career path was inherently predetermined. “I guess I was just genetically directed that way. It was going to be either politics, a preacher or trial attorney,” he says, revealing a sense of humor that’s become as legendary as his legal prowess.

However, the very fact that his father was so widely recognized throughout his home state of Tennessee, prompted Wiseman to begin practicing law in Kentucky right out of law school.

“I wanted to earn my own stripes,” he says. “That was one of the reasons I decided to work at a Louisville firm away from home; the other reason being, my father was the only active federal judge at the time, so it would have been an obvious conflict of interest for any firm to appear before him.”

Eventually, he returned to Nashville in 1985 and became the fourth lawyer in a new firm. Over the years, this firm had various incarnations before he and Gail Ashworth co-founded the Wiseman Ashworth Law Group.

“Gail and I have been practicing law together since 1987,” says Wiseman. “We split off from our previous firm in August 2010 to form our group, which is a civil litigation, trial lawyer firm focusing primarily on health care.”

The Wiseman Ashworth Law Group was founded on their attorneys’ extensive experience.

Although reluctant to cite any one particular case that either stands out or has any greater significance than any other, Wiseman does say that he feels fortunate to have had uniquely favorable circumstances early in his career.

“As a young lawyer, I had the opportunity to try many cases against excellent lawyers so I was able to gain a substantial body of experience which is unfortunately not as commonly available to young lawyers these days,” he says. “I love what I do; I love being a trial lawyer.”

This passion has not waned over the years. If anything, Wiseman is more aggressively involved in his career than at any other time. For instance, he shared the fact that in the six weeks before this interview, he had been involved in three jury trials.

“That’s a quicker pace than normal,” he says, “but my point is that jury trials are extremely important to our civil society. It’s an excellent way to resolve disputes and it’s a shame that fewer cases are being tried. While alternative dispute resolution is a good thing, I’m afraid that it has caused people to become too risk averse. I still believe a jury trial is the best way to get a fair resolution.”

“There’s a mistrust of the jury system which I feel is misplaced,” Wiseman continues. “Personally, I trust in the common wisdom of 12 people of truly fair minds to listen to the evidence and render a fair verdict. That’s not to say I don’t sometimes disagree with their decision, but I trust in the common good in people, that they take their responsibility seriously. At least that’s been my experience in almost every case I’ve tried. They listen. They’re smart and they’ve got great commonsense – often more so than the lawyers.”

An avid advocate and proponent of our judicial system, Wiseman has only praise for the men and women who take time from their jobs and families to serve on juries. As a matter of fact, he had the unusual experience of serving himself.

“It was in Judge Brother’s court in the Sixth Circuit,” he says, “It was a simple, one-day car accident case, but I was one of the 12 jurors. To sit in a jury box and watch lawyers, and see a case unfold from that perspective was quite fascinating,” he continues. “I feel being a trial lawyer is a real privilege. I hold the ethics of the courtroom in very high regard. Honesty is probably the most important quality to have; dealing with the court, jury, and your adversaries honestly, professionally and with courtesy rather than what seems to be growing into a more personalized, or lawyer versus lawyer scenario. That’s a real shame, and not what it’s supposed to be about. If you follow the rules, the system works, when you stop following the rules that’s when the system breaks down.”

“I told you trial lawyers are preachers too didn’t I?” he asks with a smile.

When pressed as to his opinion about what this trend might mean to the future of our judicial system, Wiseman is hesitant, even reluctant to criticize.

“Let me put it this way, my wife loves ‘The Real Housewives’ shows. She loves the drama of every episode,” he adds. “For me, that’s exactly what shouldn’t be the nature of courtroom proceedings. Instead of worrying about the facts, I see lawyers focus on their lawyer opponent and lose sight of the real target. Lawyer drama in a case only increases costs and sometimes affects the outcome. It should never be personal.”

A trial lawyer in the best sense of the term, Wiseman has tried more than 95 jury trials to verdict. Committed to tireless and effective advocacy on behalf of every client, his efforts and consistently dignified demeanor have won him numerous awards and accolades. In 2007, he was inducted as a fellow to the American College of Trial Lawyers whose self-described standards dictate that its carefully selected members have mastered the art of advocacy.

As one of Nashville’s most respected lawyers, Wiseman epitomizes the combination of significant experience, sound judgment and humility that sets Wiseman Ashworth Law Group attorneys apart from many others. His extensive trial experience and proven intuition have earned him signifi- cant credibility among clients, judges and the bar.

“I love the intellectual pursuit of it,” he says. “A new case, with new facts, new medicine, new challenges – it’s all incredibly compelling. Secondly, I like the people. I like meeting new people, and I really admire the professionals who work really hard to get to the point in their lives where they’re making important decisions regarding other people’s health. That’s the doctors, nurses and everyone in the system. I admire that calling and understand why it feels so personal when they are accused of committing some form of malpractice or negligence causing harm to someone. That’s very personal and makes the stakes incredibly high for them.

“It’s challenging to try to reach or appeal to a juror’s intellectual side as opposed to their emotional side,” he says. “Everybody, including me, feels horrible for people in some of my cases who are suing my clients for their loss. I understand how difficult it can be to be on the jury. It’s hard to come back into the courtroom and say ‘no’ to a grieving family. Horrible things happen to people and when a jury is called upon to find fault, that’s the challenge that I’m facing.

“As I told the jury last week in the case I tried,” he adds, “the important thing for them to do is to hear the rest of the story before they make up their minds. It’s my job, as Paul Harvey used to say, to tell ‘the rest of the story,’ not just the results. To see the case from all sides.”

Every lawyer opening the doors to their new practice has a vision, plan or hope for what it will be. Based on his or her own life experiences, goals and philosophy, they have a mind’s eye view of what this future endeavor will become. Wiseman and his partner were no different.

“I would say that the guiding principle of our firm is that we give every case the time, attention, effort and work that it deserves,” he says. “Quality is more important than volume. And my goal was that every task should be done at the highest quality level as possible.”

Wiseman takes a moment to reflect on how the firm has grown and developed over the years. “When we started this firm, I said we were going to have two rules. First, no drama, and I got a magnet that has the word ‘drama’ with a line drawn through it that is on our refrigerator where everyone sees it every day. And, the second rule was to treat each other as family. I don’t mean just the lawyers, I mean everyone. Of course, those are aspirational goals because all families have drama, but it’s what we strive for.”

Wiseman is described as honest and genuine, not only by those closest to him, but people who have just met him. He displays yet another admirable trait – modesty.

“Well, to be frank, I think there is one thing that’s missing in many people’s resumes these days,” he says, “and that’s work. Actual, true life experience. I’ve done everything from working as a laborer on construction crews and operating a jackhammer to working in factories to washing dishes and waiting tables. I’ve lived around and worked around people from every walk of life. We have become so segregated, not just racially but socioeconomically, that people don’t have the kind of life experiences that are really important in helping to evaluate situations. And finally, if you want to do well, you have to work at it.”

He says he hopes to convey principles of honesty and genuineness in his trials. “That’s why, when I say something to a jury, they know I mean it,” says Wiseman. “I’m not misleading them, I talk to people directly, even bluntly. Also, I try not to talk down to people. Condescending attorneys infuriate me.”

Married to his best friend, Janet, Wiseman is the proud father to six grown children, four from his previous marriage and two stepchildren. All six are successful adults whom Wiseman describes as “wonderful people, very accomplished and people I would like to know even if they weren’t my children.”

They also have one grandchild and another on the way. They enjoy spending time with their children and grandchild, cooking and are avid sports fans. He also enjoys duck hunting and while not a fanatic, makes time to work out.

“I’ve had my share of exciting, demanding and even notable cases,” he says. “My greatest accomplishment is my children. I am very proud of them, they are very good people. I don’t take the credit, but I’m certainly proud to have them call me dad.”