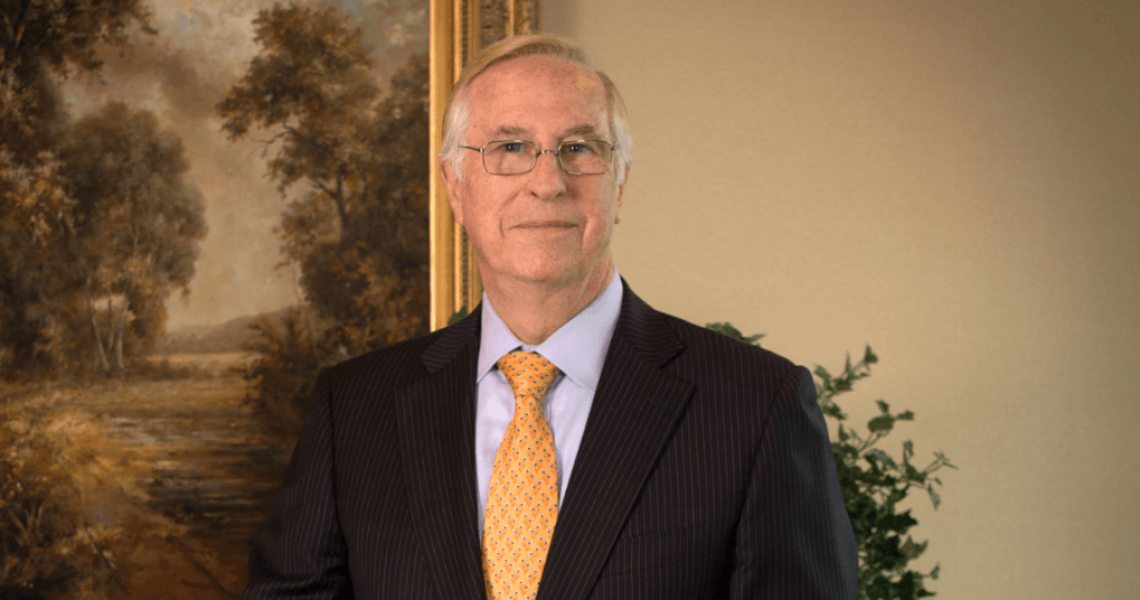 Described as “The silent Godfather” of the Nashville Bar, no big deals get done in this town until Thomas V. White signs off on them. For more than 45 years, White has called Nashville home, effecting positive changes, using his forceful legal voice to ensure that his clients and the community are fairly represented. In truth, White is something of an icon; his impact is felt in virtually every corner of the city.

One of the three founders of Tune, Entrekin, & White P.C., White was just a young lawyer having recently graduated from Vanderbilt law school when he first met John Tune and Ervin Entrekin. That was 45 years ago. It was common back then for attorneys to only share office space and not be in any type of formal partnership agreement. John Tune was an excellent trial attorney and Ervin Entrekin was the foremost tax attorney in Nashville and he specialized in real estate transactions. “At that time, I knew that I wanted to do litigation and I also had a keen interest in doing land use work. This melded extremely well with the interests of John and Ervin. This led to our founding the firm 40 years ago.”

White was young, eager, and had a real passion for the law. The three partners were very close personally and were extremely hard-working. They couldn’t have possibly envisioned how influential the firm and each one of them would become.

“In 1977, we decided it was time to actually form a firm,” White says. “We became very good friends. John and Ervin were both about 15 years older than me, so they were like big brothers. I wasn’t from Nashville and didn’t have any attorneys in my family.

“I was born in New York City and my wife, Sandy, was born and raised in New Orleans. I was fortunate to have attended Vanderbilt Law School on a full academic scholarship, but initially did not have plans to practice law in Nashville. John and Ervin encouraged me to stay in Nashville. As mentors, they gave me an opportunity and I am very fortunate to have had both of them in my life. Unfortunately, and unexpectedly, John passed away in 1983 and Ervin passed away in 1990.”

It didn’t take long for the “new kid” to make his mark. Each of the TE&W founders carved their own niches within Nashville’s legal scene, honing their skills and rising to each new challenge. It was evident very early that they were making their presence known.

Over the years, White established himself as a very effective litigator and evolved into the area’s preeminent land use attorney. In this capacity, he frequently appears in trial and appellate courts, as well as before the Planning Commission and Boards of Davidson County and the surrounding counties.

“It’s all about property rights,” White says. “I’ve encountered some very contentious situations, but it’s inevitable that there will be opposition any time you’re talking about a change in the land use. I have always been willing to listen to the concerns of persons on the other side of an issue and, if at all possible, accommodate any reasonable requests that they may have. Sometimes that’s possible, but you always need to be prepared to go to the next step. Frequently, there is litigation that will arise on these land use issues. I do as much land use work as any attorney in Nashville and I believe that is the niche I have established for myself.”

Some might say White’s legal sparring skills come from something quite apart from law school or his frequent courtroom appearances. As an undergraduate at Loyola University of New Orleans, where he was student body president and graduated with honors, he also became interested in boxing.

White says, “One of my fraternity brother’s father, Emile Bruneau, was the president of the World Boxing Association. I got to learn from trainers who handled professional boxers. It’s an experience I’ll never forget. I never lost a fight, but I learned to pretend that no one ever hurt me.”

Boxing was a noteworthy experience to be sure, particularly since he ended his college years as the university’s undefeated champion. It was also an episode in his life that led White to coin his own life quote, “Don’t swing before the bell rings. This quote is often apropos to the legal profession and life in general,” he says. “It is often wise to be slow to speak, but quick to listen.”

White’s career has not been limited to determining the location for and improvements to various schools in the Nashville area or the location of quarries. Rather, he’s garnered his share of headlines alongside clients whose names are synonymous with Music City. When Porter Wagoner sued Dolly Parton, it was Tom White that Porter called for representation.

“That was quite a lawsuit,” White says. “I think people forget that Porter was the big country music star at the time, not Dolly. He had one of the longest running country music shows on television. There was a contractual agreement that if she ever left the show, she owed him a certain percentage of future earnings. Her career didn’t really take off immediately after she left his show. She comes from a very talented family and she initially toured with them for a while. But, when ’9 to 5’ hit the charts, her career really took off big time, and that’s when Porter began to look at their contract commitment.

“I always thought that Dolly was a class act,” he adds. “But, I think she received some bad legal advice about her contractual commitments. A week before the trial, we settled the case for an undisclosed but significant sum. As the years went by, I was very pleased to see that Porter and Dolly reestablished their relationship. In fact, when Porter died, she was one of the first people to make sure things were done correctly in his honor.”

In other significant litigation, White represented Sally Beaman and Hoover Quarry. Also in 1983, White obtained the only jury verdict in the state of Tennessee of defamation against the broadcast media when he sued WNGE, Channel 2, for his client Marion Thurman, a prominent Nashville real estate builder and developer.

His public persona, that of a knowledgeable, wise, and tempered gentleman is virtually identical to the private White. The only marked difference is that during the week his passion for law and community is centered with laser precision on his clients. Weekends are more relaxed because he can escape with his wife, Sandy, to their idyllic farm in Dickson County.

“We have – or I should say, my wife has – three beautiful Tennessee walking horses. We love to ride,” he says. “Our farm is only about 40 minutes from our home in Nashville, but it is a total escape from the hustle and bustle. We love to spend as much time at the farm as possible. I still put in a lot of hours at the law firm and often attend various zoning and planning meetings which take place in the evening. This makes the trips to our farm even more necessary.”

While these weekends are great for recharging and relaxation, it’s not the only reason White enjoys them so much; he is as zealous about his marriage as he is about his career.

“If you’re really going to have a relationship with another person, getting away and having a shared interest is so important,” he says. “I love to watch Sandy with her horses. It’s a truly amazing relationship. She really loves and cares for them and they, in turn, totally trust her.”

“I’ve always loved the practice of law because it is a people business,” says White. “I have been able to help all types of people in all types of situations. Quite simply, it’s the very best job in the world for me, and when I no longer feel that way, I’ll just stop.”