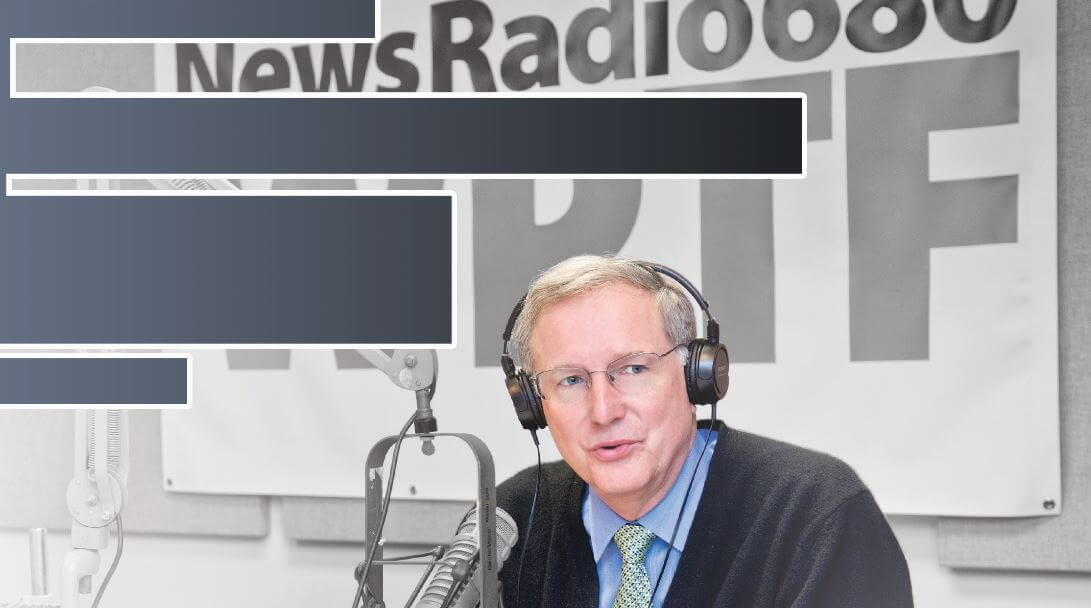 On the radio and during his monthly public seminars, Alexander discusses longterm care planning for seniors and unique planning for special needs clients, such as those with birth defects or serious injuries resulting from an accident.

Where a key component of estate planning used to be protecting assets from estate taxes, Alexander says today much of his focus is on protecting the estate’s assets from the high cost of long-term care, such as a nursing facility or in-home care.

The firm of W.G. Alexander & Associates, PLLC develops long-term care plans for seniors including sources for financial assistance, tax planning and asset protection. The firm also handles traditional estate planning, wills, trusts, trust administration and probate. “The key difference for our law firm is that we combine asset protection and elder law into our estate plans for seniors with solutions that are hard to find elsewhere,” said Alexander.

Is There A Rule? Alexander has been practicing law in North Carolina for almost 40 years. During 27 of those years he served in the Army Reserve and National Guard with 22 years in the NC Air National Guard as a judge advocate. “The military is all about obeying rules and regulations. There needs to be a rule to authorize what you do in the military. In my law practice, I tend to think outside of the box. I say, if there is a rule that actually authorizes something or if there is no rule prohibiting it, let’s find a way to make it work,” Alexander explained. “In estate planning, there is no cookie-cutter solution. We’re solving a puzzle with every client.” Financial assistance for long-term care plans for seniors come primarily from Medicaid, the VA or special assistance programs. Within each of these three funding sources, there are myriad programs. “What’s really wacky is that all the programs have different rules that conflict with one another and to get qualified for one program disqualifies you from another program.”

“Seniors need to be thinking about a long-term care planning in their early 70s before a crisis occurs. I’ve had clients come in too late, when they’ve already used all their assets to pay for long-term care,” said Alexander. “Unfortunately, a lot of families get their advice from the wrong people, particularly on the financial requirements. Most social workers, financial advisors, attorneys and CPAs don’t have a clue about how these programs work. Getting the right advice is paramount. Our focus is on getting financial assistance and protecting assets for our clients.”

Special Needs Solutions “When a personal injury case is close to settlement, this is where the personal injury attorney, the special needs attorney and the family need to work in concert because no one has all the answers,” said Alexander.

The issues include the potential need for a special needs trust, the structure of the settlement, tax implications and/or how to invest the funds inside a trust. “Depending on the injured person, the solution set can be very different for a person in their late 60s when they are injured versus someone who is a minor or in their early 20s.”

A child with a serious injury or a birth defect may require a special needs trust to maintain Medicaid eligibility or to protect the person from exploitation. “What parents of special ability children are really trying to do is set out a perfect plan to replace themselves with a trust. Their child will need a future advocate and a trustee. They need legal documents that are flexible because laws change and life’s needs and resources change over time.”

Training UN Peacekeepers Alexander went through ROTC while at Davidson College earning a Bachelor of Arts. He joined the Army after graduating from Wake Forest University School of Law in 1976. In 1982, he joined the North Carolina Air National Guard. When he retired in 2003 with the rank of colonel he was a judge advocate at the federal level for the ANG. In 2003, Alexander was presented with the Order of the Long Leaf Pine, the highest award given by the state of North Carolina for his military service.

Alexander was tasked to create and serve as editor in chief of the military legal training course for the United Nations Department of Peacekeeping Operations. The course encompasses the laws of war and international human rights law which is taught each year to foreign military organizations preparing for worldwide peacekeeping duties. “It was the most significant thing I did in my life. It was huge for me,” said Alexander. He participated as a senior officer in the first training event for South Asia in Nepal in 2000 and numerous worldwide training deployments thereafter.

Some of the attorneys he mentored served as counsel to ambassadors and military commanders. One served as the senior military counsel to the U.S. ambassador in Iraq after the second U.S. invasion; another led the investigation of torture and abuse against the Army and the CIA at Abu Ghraib prison in Iraq.

After graduating from Davidson, he was invited by Senator Sam Ervin to be a staff assistant on the Watergate Committee. “My team worked 12 hours a day in the National Archives looking for needles in the haystack. We feel like we contributed, however small that contribution,” said Alexander. “Nixon did some really good things in terms of improving relations with China, but he had some really bad people around him. His legacy is not what he did personally, but what he covered up. He crossed the line. He broke the rule of law.”

Since leaving the military in 2003, Alexander said he finally has enough time to focus on his law practice, and spend time with his wife, Shelia, and their sons, George and Thomas, with a little time left over for sailing. He was named the Elder Law Attorney of the Year in 2011 by the NC chapter of the National Academy of Elder Law Attorneys.

“When people come to see me, they typically are in financial crisis because of long-term care needs. Often I can help them out of their situation; the families are so appreciative because their financial burden is lifted,” said Alexander. “It’s wonderful in terms of being able to help people in a significant way and in an immediate way.”