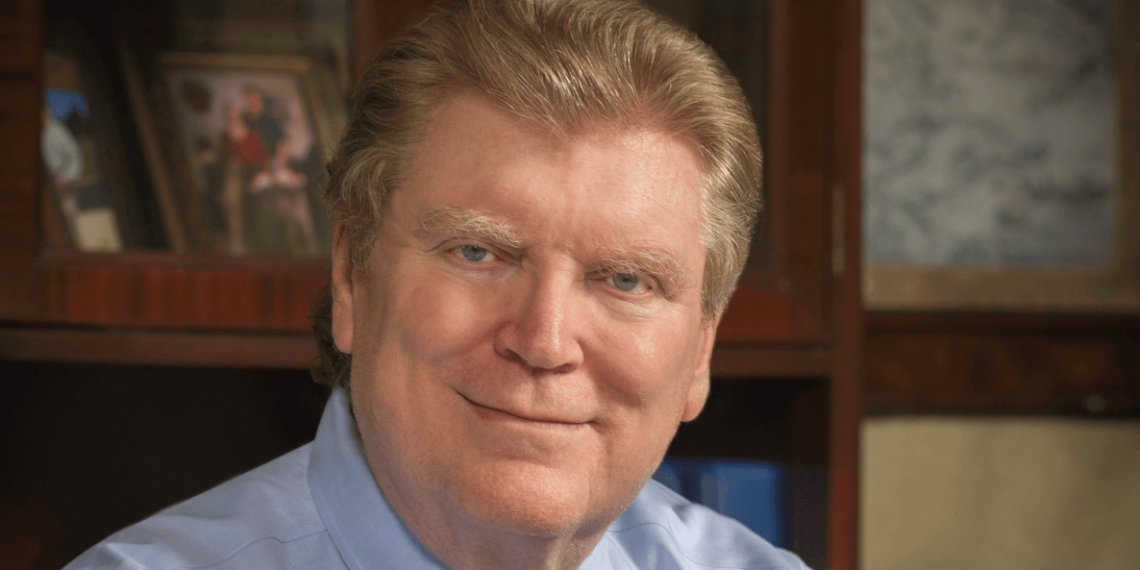 William Harrell: A Tradition Of Excellence

Family, honor and tradition are all important to William “Bill” Harrell, the founder and senior partner of the well-regarded firm of Harrell & Harrell P.A.

When you consider his family roots in Florida date back to 1712, it’s not surprising he considers his to be a true “Florida” firm. His partner and wife Renee Daigle Harrell, is from Green Cove Springs, and all of his children were born in Florida, three of whom also work in the firm.

Another long-standing tradition in his family is that five generations of Harrell and Phillips males, (including Bill and his son Holt) have served in the army and gone on to law school.

A genuinely talented athlete, Harrell was fortunate to attend the University of Florida on a full football scholarship.

“In my day it was the dream of most young athletes to play SEC football,” he says.

Following several serious knee injuries and operations, basically killing his football future, Harrell decided it was time for the Army, and enlisted in 1967. He served in a variety of capacities, primarily related to intelligence work, surveillance and security. These assignments took him around the world.

Harrell’s father, himself a professional soldier, knew just what to give his son upon his enlistment, a three-day trip to Las Vegas.Though admittedly, not much of a gambler, Harrell still appreciated the freedom and fun the trip provided, and most especially that his dad seemed to know just what he needed.

Serving with distinction throughout his military career, Harrell was given a direct appointment as a cadet to the United States Military Academy. Harrell resigned from the academy a year later with an honorable discharge, but recommends military service for every young person.

“Despite the ups and downs,” he says, “I came out for the better, and I think most young people do.”

The Road Less Traveled … by Family

After the Army, Harrell eventually returned to Florida to become a deputy sheriff, and served in an elite squad, which today is known as SWAT.

“That was a lot of fun,” he admits with a smile. “Let me tell you, I would have stayed a police officer the rest of my life if it paid anything. Chasing bad guys is very gratifying to a young man, even fun!”

But again, the senior Harrell asserted his considerable influence. “My dad started talking to me about poverty,” Harrell recalls. “It’s true, law enforcement does not pay well, and I guess he wanted me to elevate my lifestyle. Of course, the underlying theme was ‘go to law school!’”

As always, not one to stay the path most typical, Harrell decided to immediately open his own practice. However, his reasoning, or at least the one he regales us with, is a bit more humorous.

“I was pretty confident that if I worked for someone else, they’d fire me,” he says with a chuckle. Contrary to this self-effacing comment, within six years he had built the biggest practice on the East Coast of Florida.

Though Harrell had accomplished a great deal, in both a short time and at a relatively young age, he eventually tired of practicing law and decided to retire.

He retired all the way to the islands where he quickly dropped all the formalities and constraints of running a law practice fully immersing himself in the “Island Life.”That is, until he met his second wife Renee, also a lawyer and who had also attended West Point.

“We got married and all that island fun stopped,” he says. “I mean, like the very next day! She told me, ‘No more of this lounging around and drinking, you’re going back to practice law!’ And I did.”

Impact of His Early Life

To hear him tell it, Harrell pre-Army and post, are two very different people. He acknowledges he matured during those years.

According to Harrell, growing up an “Army brat” was both thrilling and restrictive. His earliest memories are of homes in Turkey, France and Israel, and yearly family vacations visiting exotic locales such as Yugoslavia.

“We drove a “woody” Buick station wagon all through Europe,” he recalls. “Wherever we stopped, whether to picnic or see the sights, literally hundreds of people would gather.They were so gracious, and so excited, wanting to talk to us. Typically, they’d find some local villager who spoke English and he would translate our conversation for everyone.They viewed Americans, and rightfully so, as the great liberators, so we were warmly welcomed wherever we went. It was quite an amazing experience, especially for a boy of about 10 or 11 years old.”

Looking back, Harrell says he realizes the family had very little money, military wages, not unlike those for police, being rather modest.

“I had one pair of tennis shoes, and one pair of shoes for church,” he says. “But you know, in so many ways it was a great life. Yes, we moved a lot, such is hard on military families, but wherever we lived we felt part of this very tight community. You didn’t realize your limited financial circumstances because all the military families were in the same boat.”

The one challenge of moving around was the problem of always being the “new kid” in school.

“It was hard for me,” he says. “Following my sister Susan made things even worse. She earned top grades, never created any problems and would end up being the president of at least one club six weeks after we arrived.

“Such a hard act to follow,” he continues. “In fact, one day, my coach, who was also my shop teacher, stopped me in the hall and asked, ‘Hey, are you Susan’s natural brother, or were you adopted?’ That smarted, but for the day and age, those types of comments were more the norm. Nobody had sensitivity training. I certainly don’t recall much sensitivity among the males!”

“I’m a real trial lawyer, having tried well over 150 cases,” he says. “I’ve been honored to have been recognized with various awards by my peers. I’m very satisfied with what I’ve done professionally.”

During his career, Harrell has been involved in several cases that effectually impacted changes in the law. “I think I’ve done more than just drift through and make money,” he says. “I’ve had an impact on the law, and on people’s lives.”

His many efforts include a lot of work on behalf of civil rights, in addition to personal injury. “I am proud of the two firms I founded; both good firms with good lawyers,” he says. “We not only recruit carefully, but we spend time training and working with new hires, and I’m proud of that.”

As much as he might love the law, it’s obvious that for Harrell, family has, and always will come first. He beams when talking about his wife and children. His son, Holt, and his daughter, Julie, are both trial attorneys with the firm along with his wife, Renee, who serves as the firm’s president. His daughter, Kimberly Chapman, joined the firm in 2009 and serves as the executive director, managing the personnel,finances and daily operations. “I feel very fortunate in my life,” says Harrell. “I have a wonderful family, great friends, and a career where I have had the opportunity to help others and make a difference.”