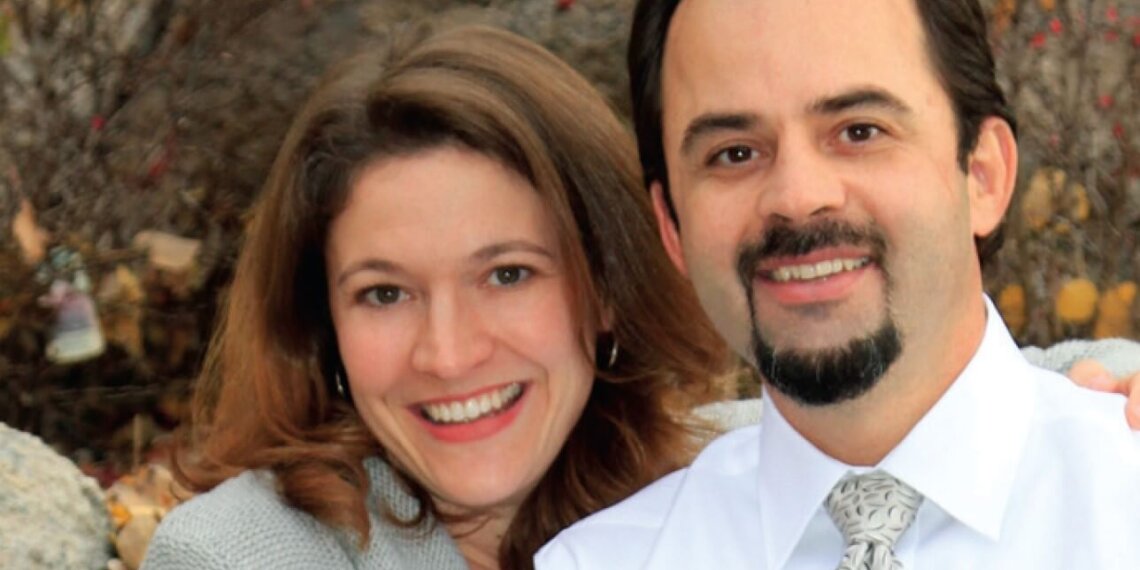 “I decided I loved him more than school,” she said, “so I quit school and got married. After our first baby was born, he suggested I finish what I started. With a new baby at home I was in a different mindset which helped me get through school faster.” Emily passed the state and national exams quickly.

Byron Gibb was born and raised in Durban, South Africa. There his parents owned an import/export business and Byron was expected to work hard from a very young age. He learned to speak Zulu and Afrikaans while working alongside the workers in the factory. While attending the University of Natal, his family bought a 55-foot catamaran. The family lived right near the ocean and so at the age of 21, Byron earned his captain’s license and began sailing. The last thing Byron remembers before they sailed away from Cape Town was the rioting in the downtown business district. After two years of sailing through South America and the Caribbean, he served a mission in the West Indies and eventually settled in Salt Lake City.

While it might’ve made a better story, the couple didn’t meet on a tropical sandy beach, they met at church in the heart of Salt Lake City. They were married in Las Vegas, Nevada and stayed there for several years. While there, Emily worked as a freelance court reporter and substituted in the Las Vegas Justice Courts. Byron earned his degree in business and marketing while managing a large title company.

As their family continued to grow, they decided to make the move to Salt Lake City. “We love the outdoors and being close to nature. We have six children and decided we wanted to raise them someplace close to the mountains and trails,” Emily said. “In 2005, Alpine became our home.”

Emily was always interested in owning her own court reporting agency. And with Byron’s expertise in business management and marketing, they knew they would make a great team. In 2007, Alpine Court Reporting was made a reality.

“When we first started Alpine, we ran the business out of our basement,” Emily said. “We took calls on our cellphones and produced transcripts on our home printer. As our business grew, we opened an office at Jamestown Square in Provo. As our business continued to increase, we decided to open another office in downtown Salt Lake City. Both locations offer videoconferencing and free Internet.”

For Byron, the technology aspect of the business is what excites him. It is always changing with new products and software released every day. He is always looking for the most up-to-date product technologies to keep their firm on the cutting edge. “We want to make life easier for our clients so their job becomes a little easier,” Byron said. He is always willing to go into a law firm and do a quick presentation on the latest and greatest.

Beyond their mission to conquer technology, Alpine Court Reporting loves to support the local legal associations. Emily says, “I love being involved with the amazing people at Utah Minority Bar Association and the Women Lawyers of Utah. There are such incredible people here.”

At Alpine Court Reporting, the focus is always on the client. “We as owners take pride in our customer service,” Emily said. “We are accessible 24/7. Once the office closes at 6 p.m., we have the phones forwarded to our personal cellphones so we can help with those weekend emergency transcription jobs or the 4 a.m. I-forgot-to-schedule-a-depo phone calls.”

Under the guidance of the Gibbs the firm is continually growing. They attribute much of their success to their support staff, their incredible reporters and their clients.