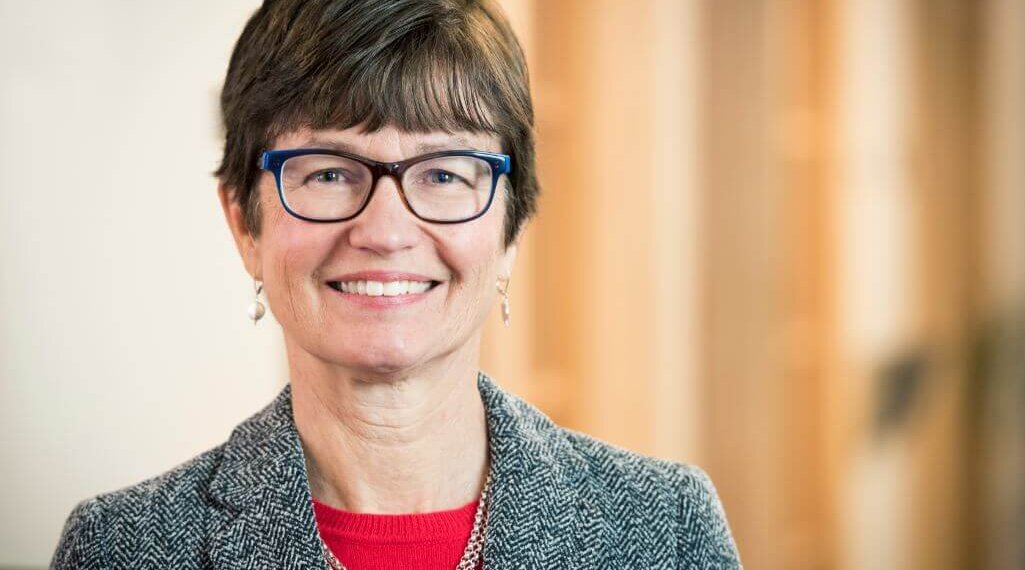 When Cathy Haukedahl was in sixth grade, she was next in line to be captain of the bus patrol at her Department of Defense School on a military base in Oklahoma. The principal gave the post to a boy, relegating Haukedahl to lieutenant. Haukedahl had the temerity to ask why. The principal said, “Because the captain is always a boy.” Haukedahl has served as executive director (captain!) of Mid-Minnesota Legal Aid since 2011, following nine years as deputy director of the Minneapolis office. A 1979 graduate of the University of Minnesota Law School, Haukedahl worked at the Minnesota Attorney General’s Office from 1979- 1985 and was the first woman solicitor general. Between the AGO and Legal Aid, she was a litigation shareholder with Felhaber Larson.

AALM: What led you to pursue a career in public service?

Haukedahl: I grew up in a family which held public and community service as a core value. My father was career military with a deep commitment to service, and my mother did volunteer work everywhere we lived. We were raised with a sense of responsibility to the world – to engage and make it a better place.

This included appreciation and understanding of all communities and cultures. I moved 10 times by the time I was 15, living in Italy, Pakistan, and all over the United States. Each time we moved, it was a family priority to learn about the places where we traveled and lived.

I went to law school because I saw law and justice as fundamental to making the world a better place.

AALM: Law was an unusual career choice for women at the time you attended law school. Have you experienced bias in the practice of law?

Haukedahl: I experienced bias from the beginning, and that’s part of what drives my passion to fight for people who are being treated unfairly. Strong mentors have been key in my career. Law school never crossed my mind until, as a college summer intern, I worked for Mary Gardner Jones. She was a lawyer, the first female commissioner of the Federal Trade Commission, and a terrific mentor. I left thinking, “I can do this.”

As I mentor people today, I hear about the racial, gender and other forms of bias they face. We still have a lot of work to do in our society and our profession.

AALM: What are the most significant challenges and opportunities for Legal Aid?

Haukedahl: The recession had a huge impact, with significant revenue loss at the very time our client community’s need for safety, shelter, food and basic income skyrocketed. We’ve returned to pre-recession revenue, but that does not account for inflation. We still turn away 60 percent of callers eligible for our services because we lack the resources to help them.

Our work to develop cutting edge technology has helped us to reach people we couldn’t otherwise serve. The websites www.lawhelpmn.org and Minnesota Legal Advice Online off er dozens of legal fact sheets, self-help forms, individual advice and other information.

Innovative partnerships like our Domestic Violence Court Projects and Medical Legal Partnerships provide increased opportunities to serve clients in community settings. Our pro bono partnerships such as the Hennepin County Housing Court Project and our Pro Bono Program focusing on full representation help broaden our reach. These efforts leverage resources, increase connections and serve more people – a “win” for all.

AALM: What is your vision for justice and Legal Aid?

Haukedahl: My vision is that everyone, and especially the most vulnerable among us, has access to the legal help they need. I’ve been told that’s unrealistic, but I believe it has to be our goal.