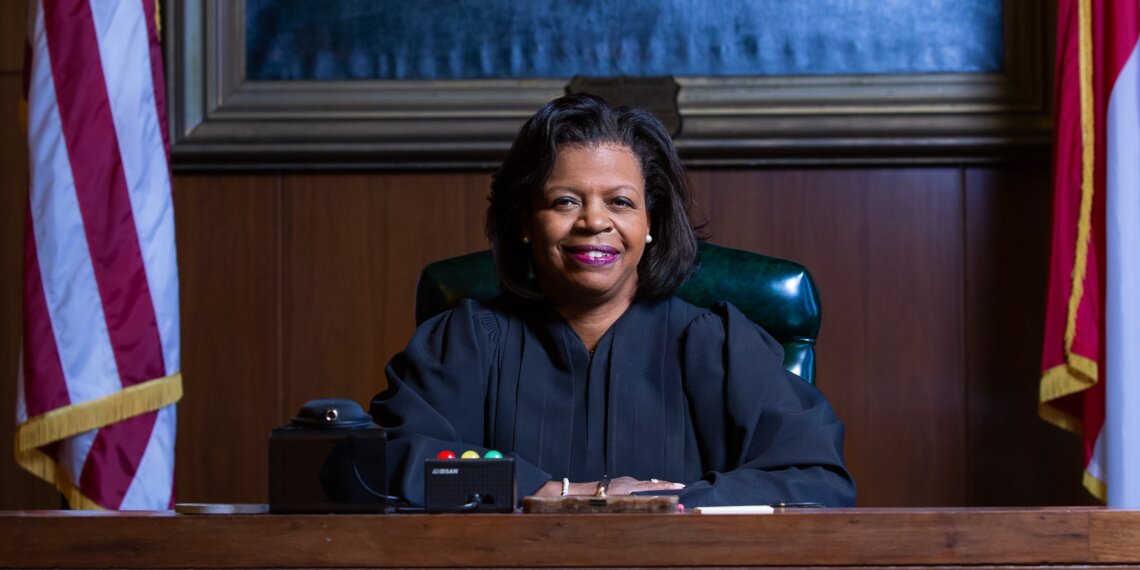 On June 2, in the aftermath of George Floyd’s murder and as protests continued to fill the streets worldwide, North Carolina Supreme Court Chief Justice Cheri Beasley took the unusual step of holding a press conference where she addressed the issue of racial inequity in the state’s court system.

On June 24, the Chief Justice spoke with Attorney at Law Magazine Publisher Bob Friedman about the need for reforms.

BF: At your press conference you said, “In our courts, African Americans are more harshly treated, more severely punished and more likely to be presumed guilty,” and you called on judges to “do better.” Can you elaborate on what you meant by “do better.”

CB: We have seen thousands of people across North Carolina, the nation and the world protesting with resounding cries around the racial disparities in the system, including the courts. As leaders of the court system, we really cannot afford to discount those perspectives.

When the data supports that there are racial disparities in our courts it really does give us an opportunity to address the fact that we need to think differently about how race impacts our decisions. This gives us the opportunity to have constructive conversations around our own roles and our own biases. These are difficult conversations. We have an obligation as judges and other leaders in our court system to be responsive.

If this were easy, it would have been done by now. It’s important to have comprehensive conversations and for all of us to be engaged and be committed to addressing and facing some difficult truths. That’s not an easy undertaking. It really does require first and foremost a reckoning with this nation’s difficult history. I would say we have some of the best judges, courts and court leaders across the nation, but all of us can stand to be mindful that there are some difficult truths which we really do have a responsibility to address and to confront.

What I am very concerned about is court improvement at all levels and in all regards. So in every way that we can be better and do better, we must do that and that includes how we best address the impact of racial disparities on our services.

BF: How positive are you that real reforms can be made in the criminal justice system?

I think we have to be hopeful and it’s really during a challenging time – we are in the midst of a pandemic and the impact of the challenges around the pandemic are compounded by racial unrest. People really are suffering right now. I think we know throughout the course of history that it’s really challenges that push us to be better and push us to be greater. These challenges push us to be more creative about how to come up with solutions. Throughout the course of history, we always come out better on the other side. I am confident we will come out better on the other side.

BF: The Wall Street Journal and The New York Times ran quotes from your press conference. What kind of feedback have you gotten?

CB: I have heard some of the most favorable comments and responses from local and statewide judges and other local elected officials and lawyers and community folks as well as people from all over the nation. So many people have said to me, ‘you’re absolutely right, we really must address the impact of racial disparities in our courts and in our court decisions, but I don’t know how to do that.’ And I don’t know that we have to know what the solution is.

What I do believe is that we must be committed to figuring out what the solution must be. And it’s not a ‘just the issue for the moment’ kind of a commitment. Each of us must be available to make a long-term commitment to changing and improving our courts.

BF: The members of the North Carolina Supreme Court, of course have a duty to interpret the law and be impartial. Nonetheless, how might having three African American justices positively impact moving forward with racial equality in the courts?

Before Chief Justice (Mark) Martin left (in 2019) he commissioned a study and found that the majority of North Carolinians have no trust and confidence in our courts. So as chief justice, it really is my responsibility that we address people’s lack of trust in the courts and I believe that when people see diversity in our courts it makes a difference, not just on racial issues, I think it makes a difference. But the other danger about talking about diversity in our courts is we can just assume all African Americans think alike. We’re all different, but diversity is important for a host of reasons.

FROM MOTHER TO WIFE TO CHIEF JUSTICE

BF: You and your husband, Curtis, have two, 19-year-old sons, Thomas and Matthew who are in college. What kinds of conversations are you having with them?

In every capacity of my life, from mother to wife to chief justice, I absolutely am hopeful for them and their generation. Even before this current period of pandemic and racial unrest, I believed that so much of our success going forward rests with young people. They think differently and exist often on a very different calculus and their perspective and presumption of the world is very different. And they will shape it in a way that they see it best fits where we should go. I have great confidence in this generation’s intelligence and foresight in consideration with where we’ve been as a state and a nation historically and where we will go.